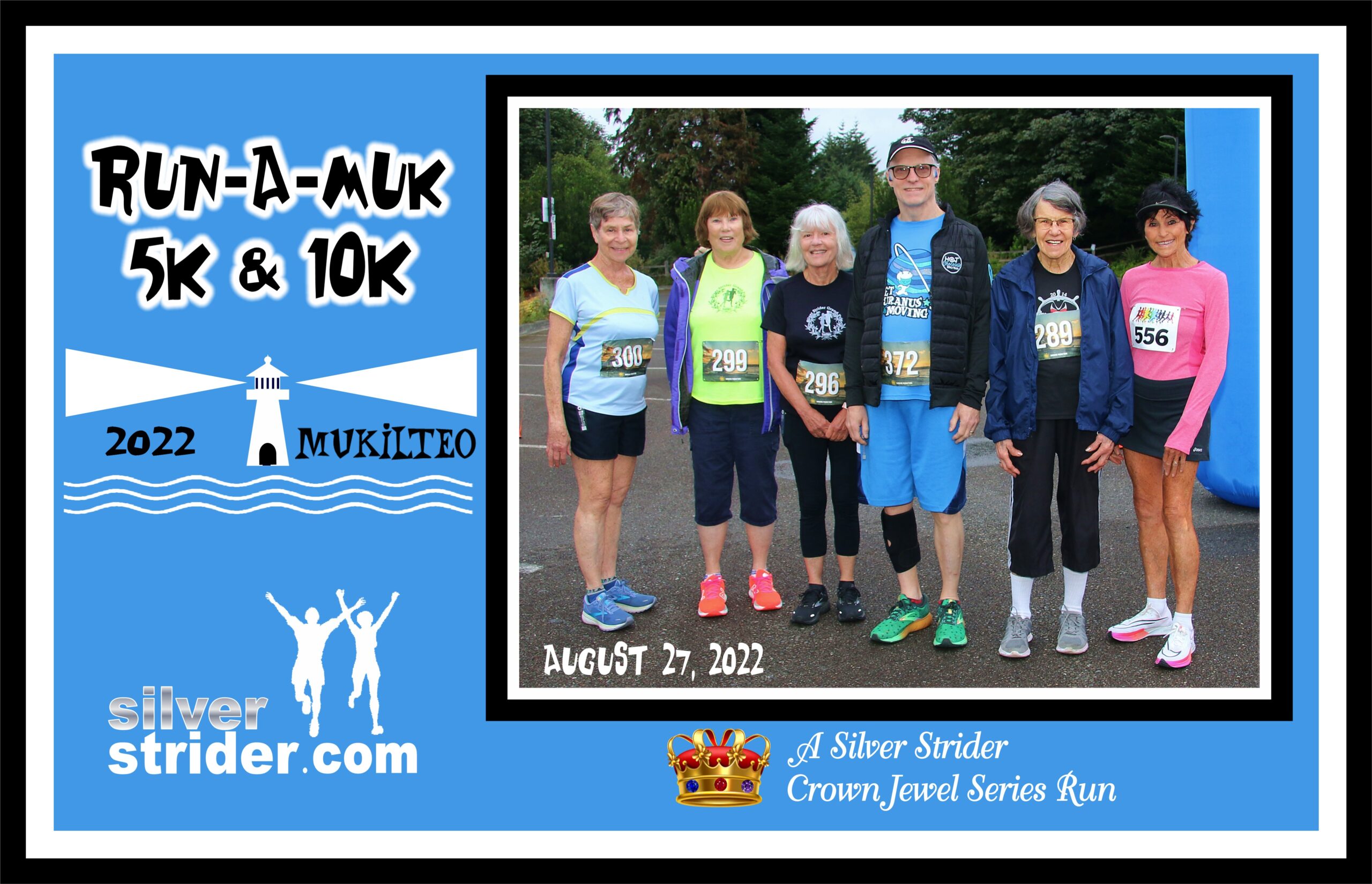 The Run-A-Muk 5k and 10k was held on Saturday, August 27th. It was the seventh race in the Silver Strider Crown Jewel Series. The turnout of Silver Striders was small. The course was Silver Strider certified so that fast times would count in the TOP IO rankings.

Competition was divided into 10 year age groups which was an outdated way to offer competition. The age group awards were inexpensive ribbons, so why not make the competition fair?

For a true picture of who finished where, in 5 year age groups, see Bruce Fisher’s “Race Results in Photos”, later in this report.

On a positive note, the finisher medals were very nice. See photo below. 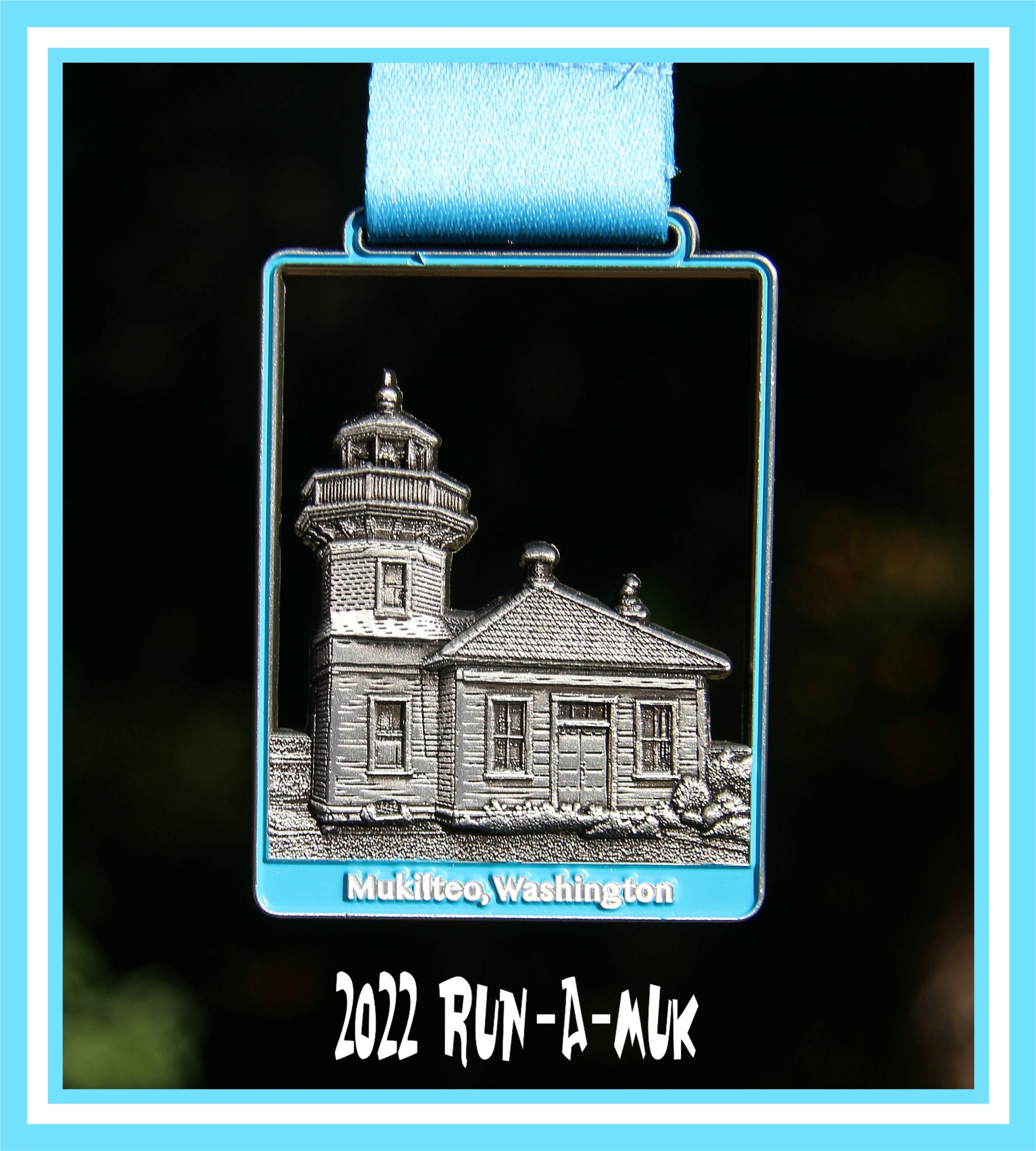 We had two more finishers in the Crown Jewel Series. Gretchen Ramsdell and Edythe Hulet finished their 5th series race at Run-A-Muk. Congratulations. 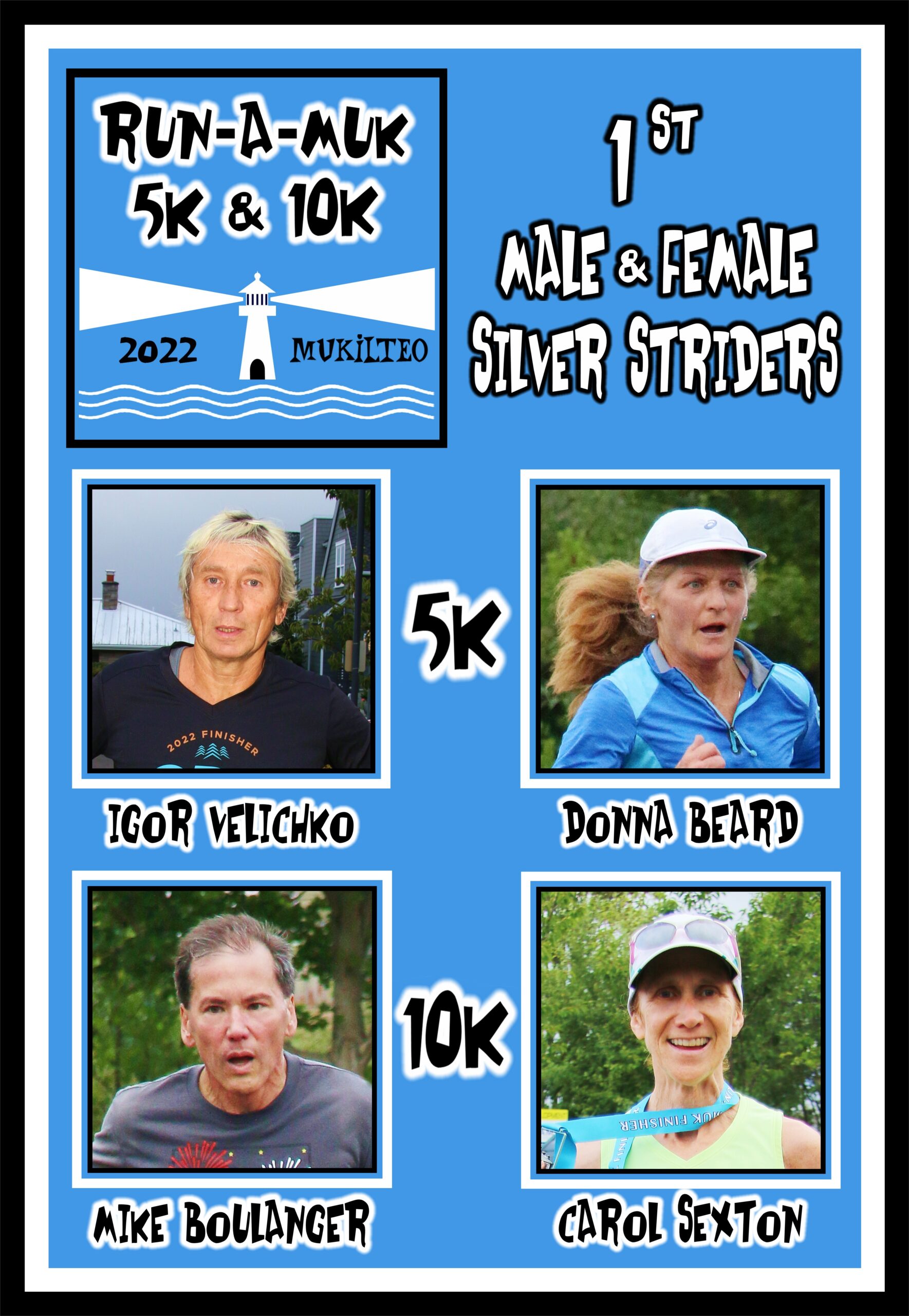 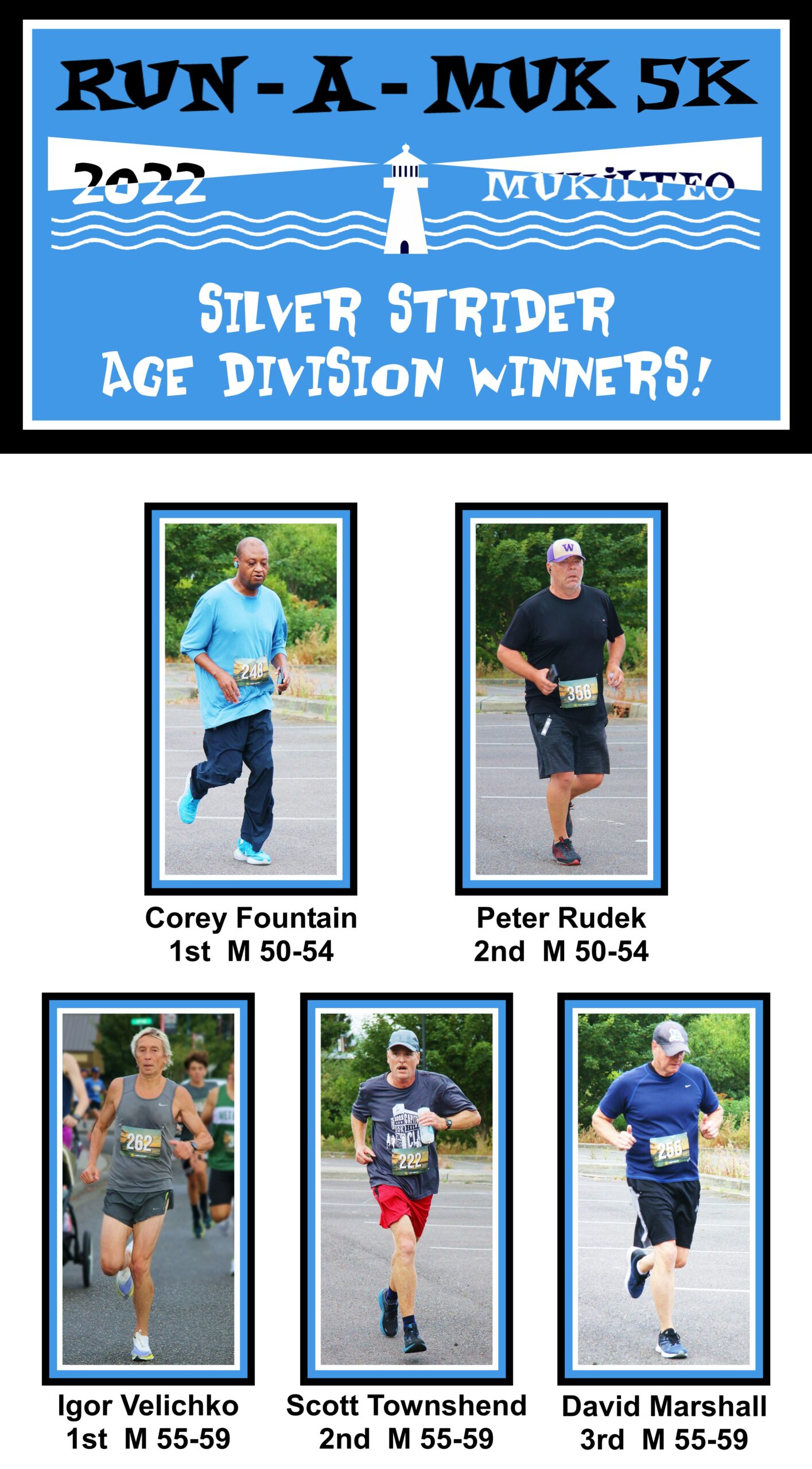 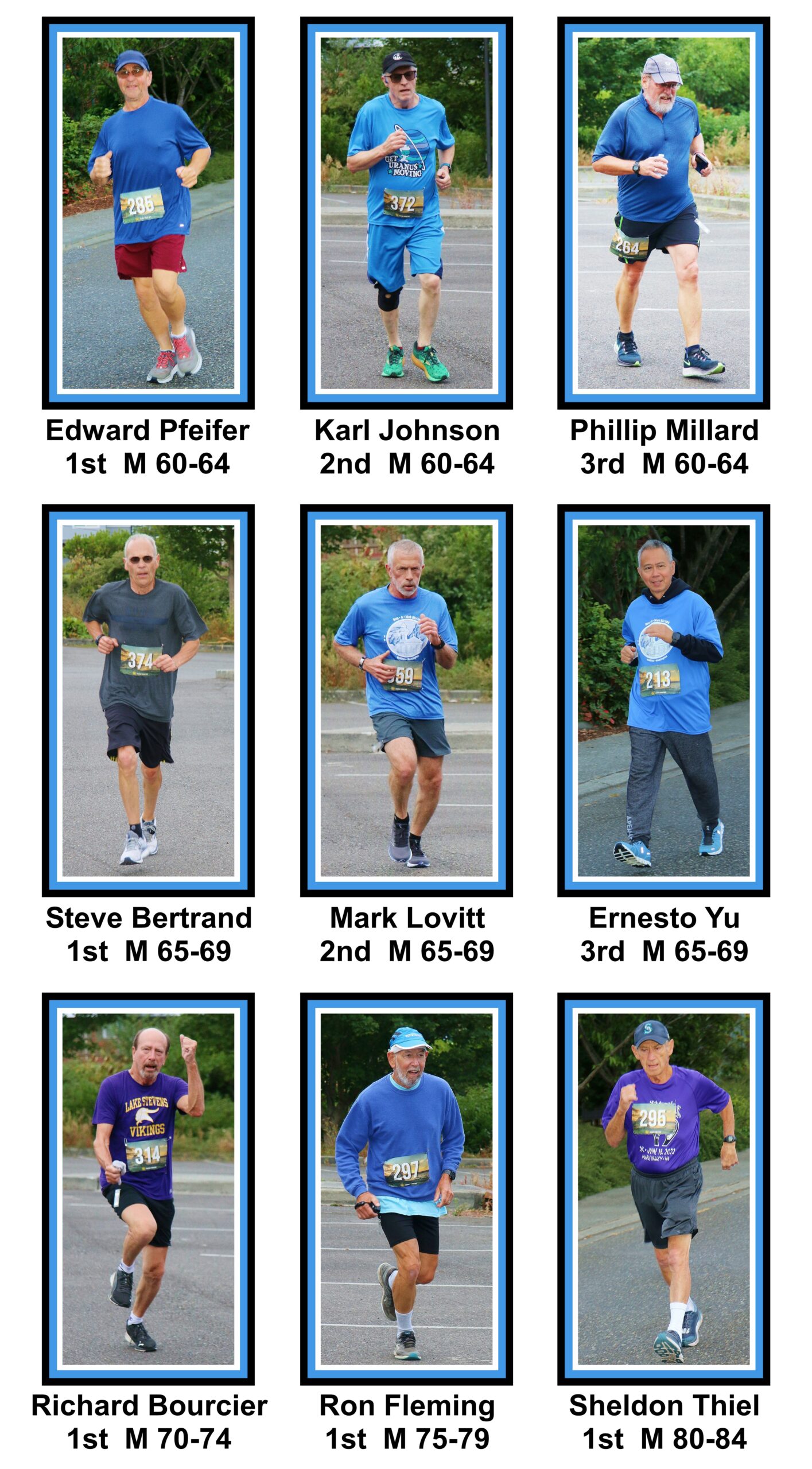 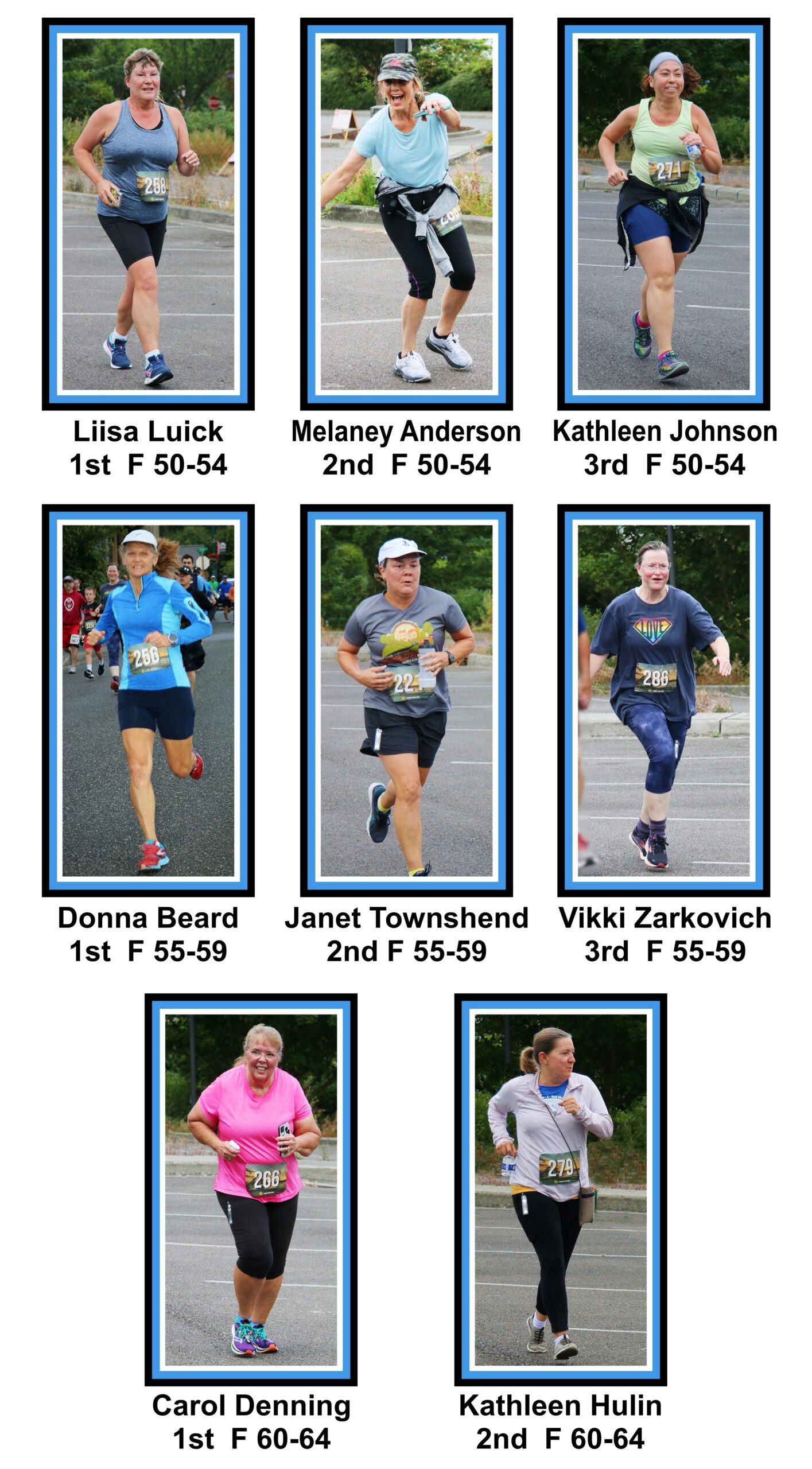 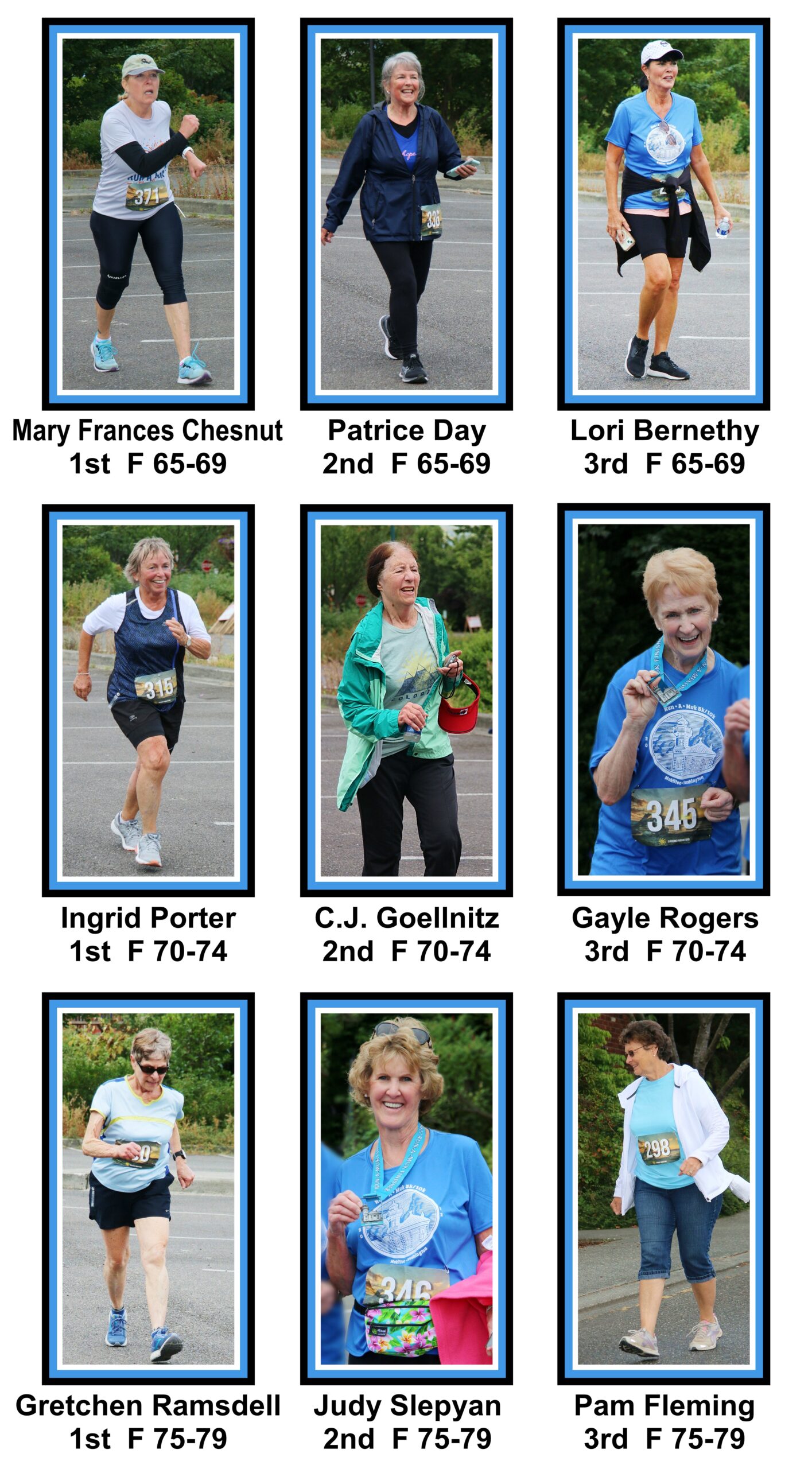 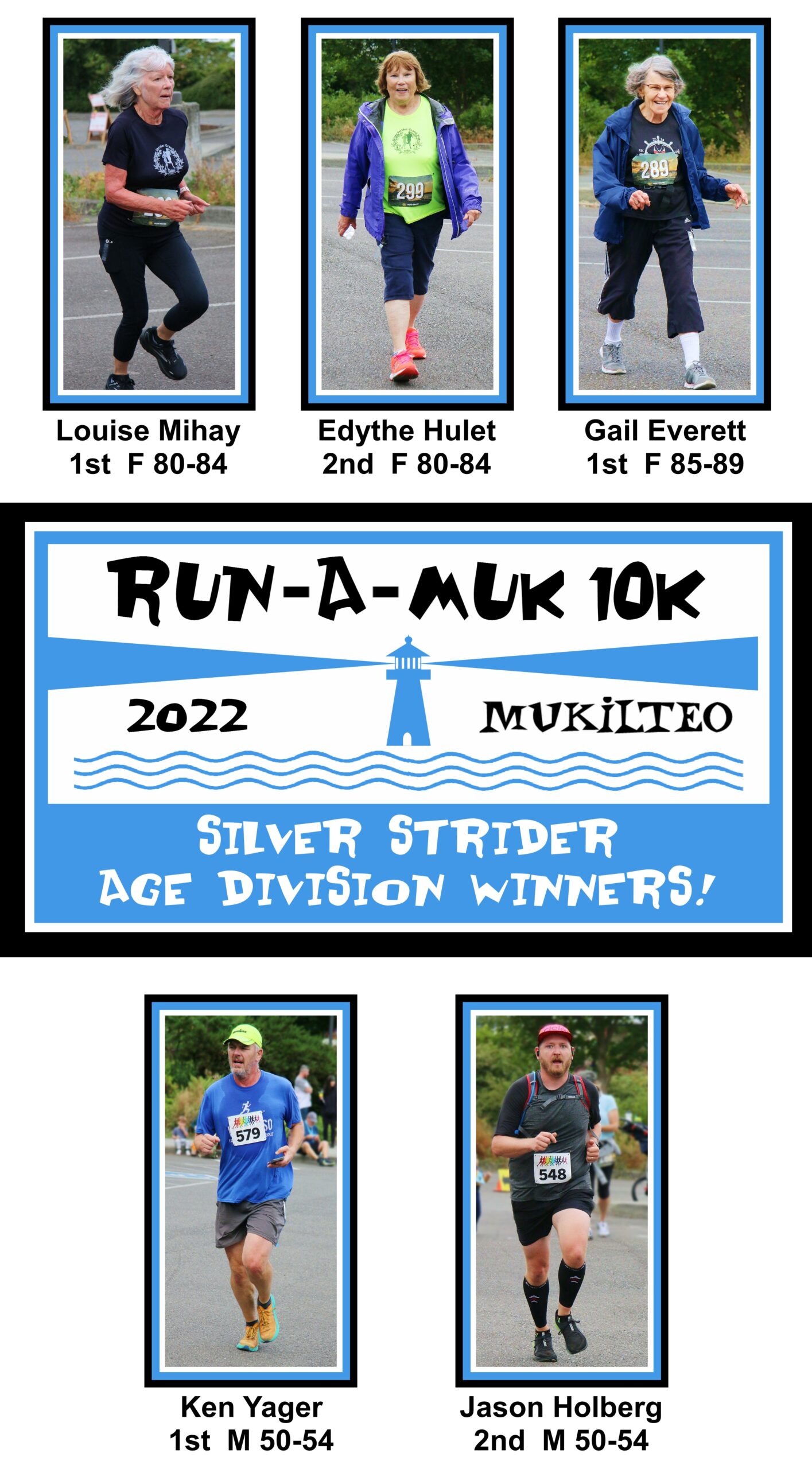 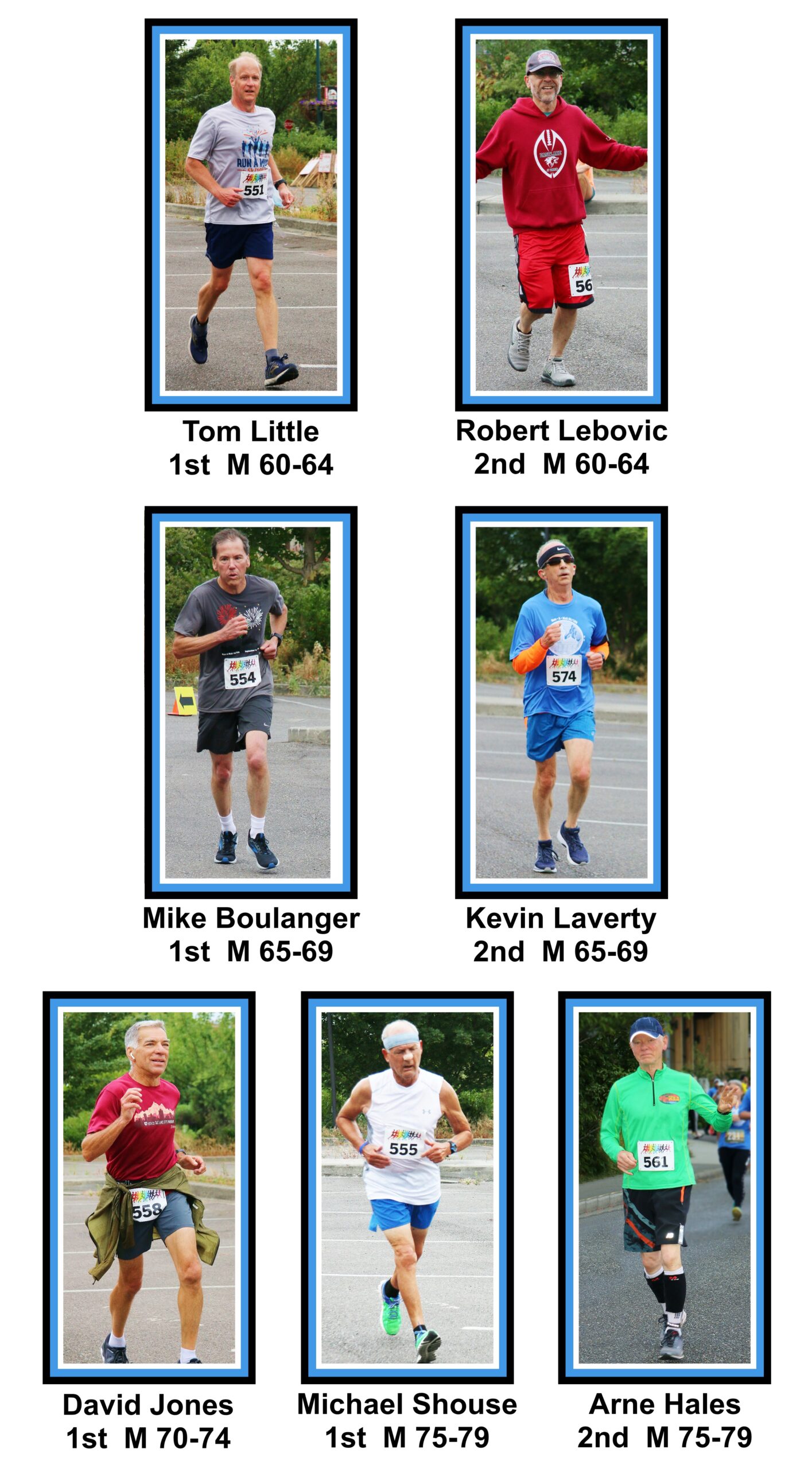 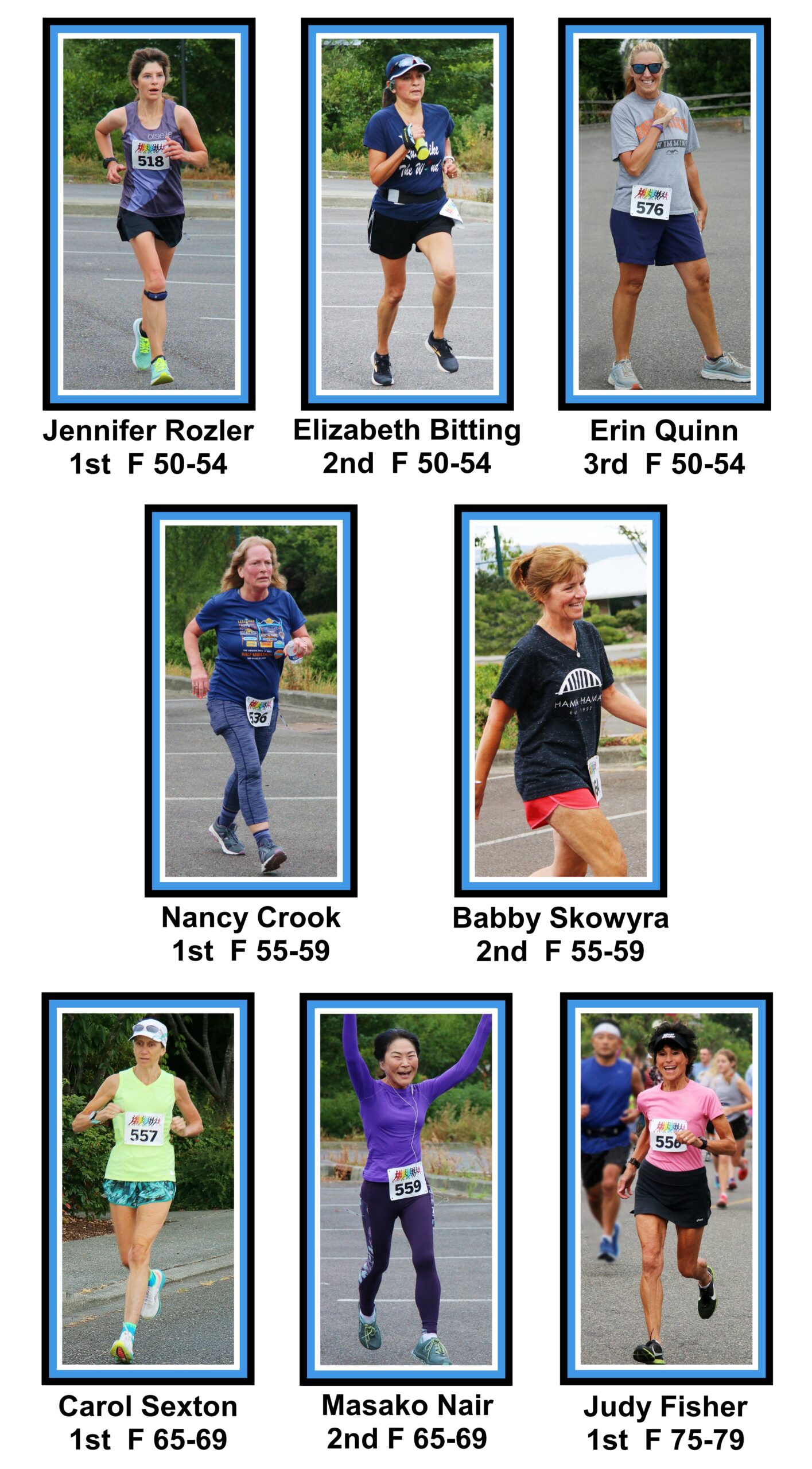 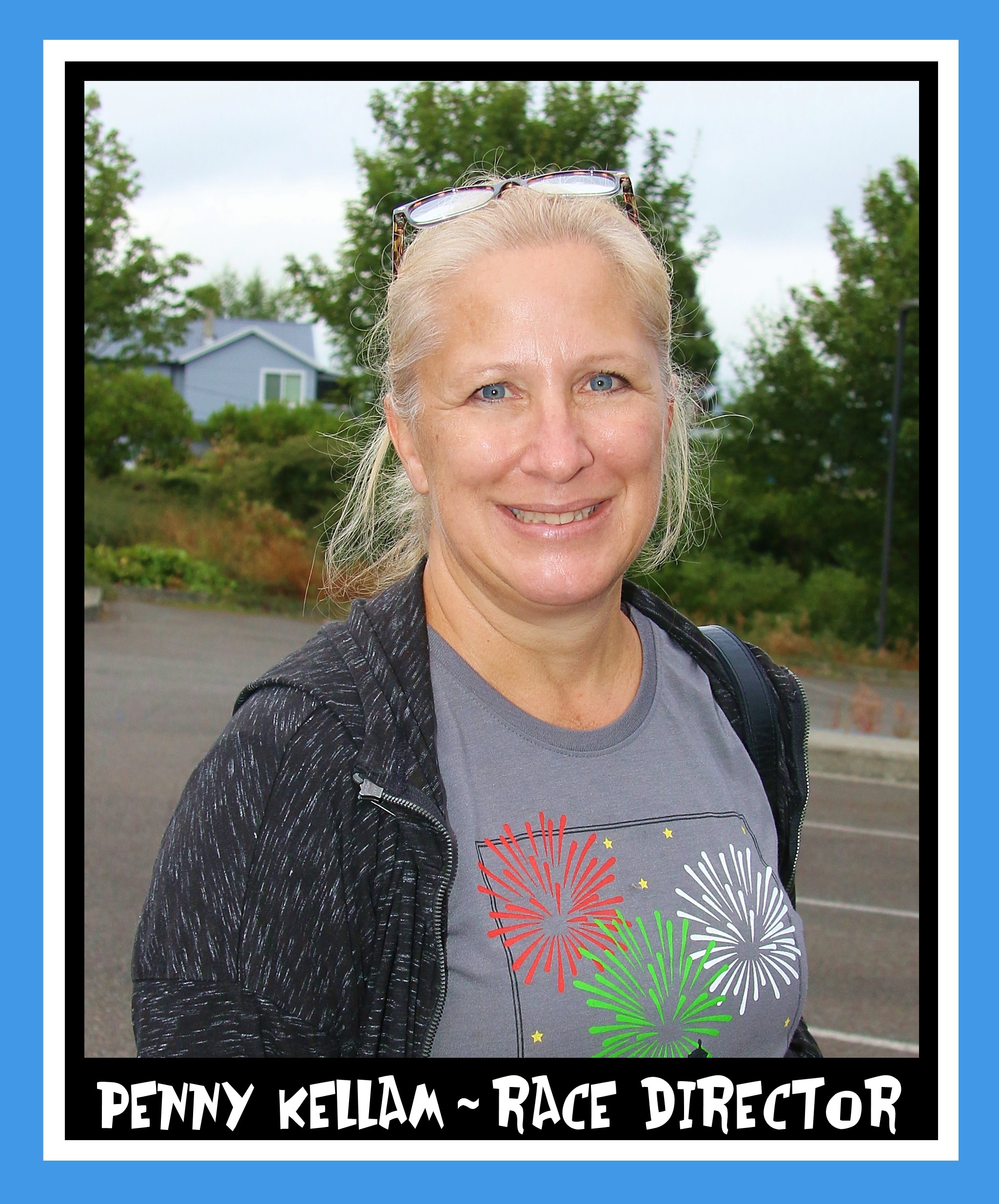