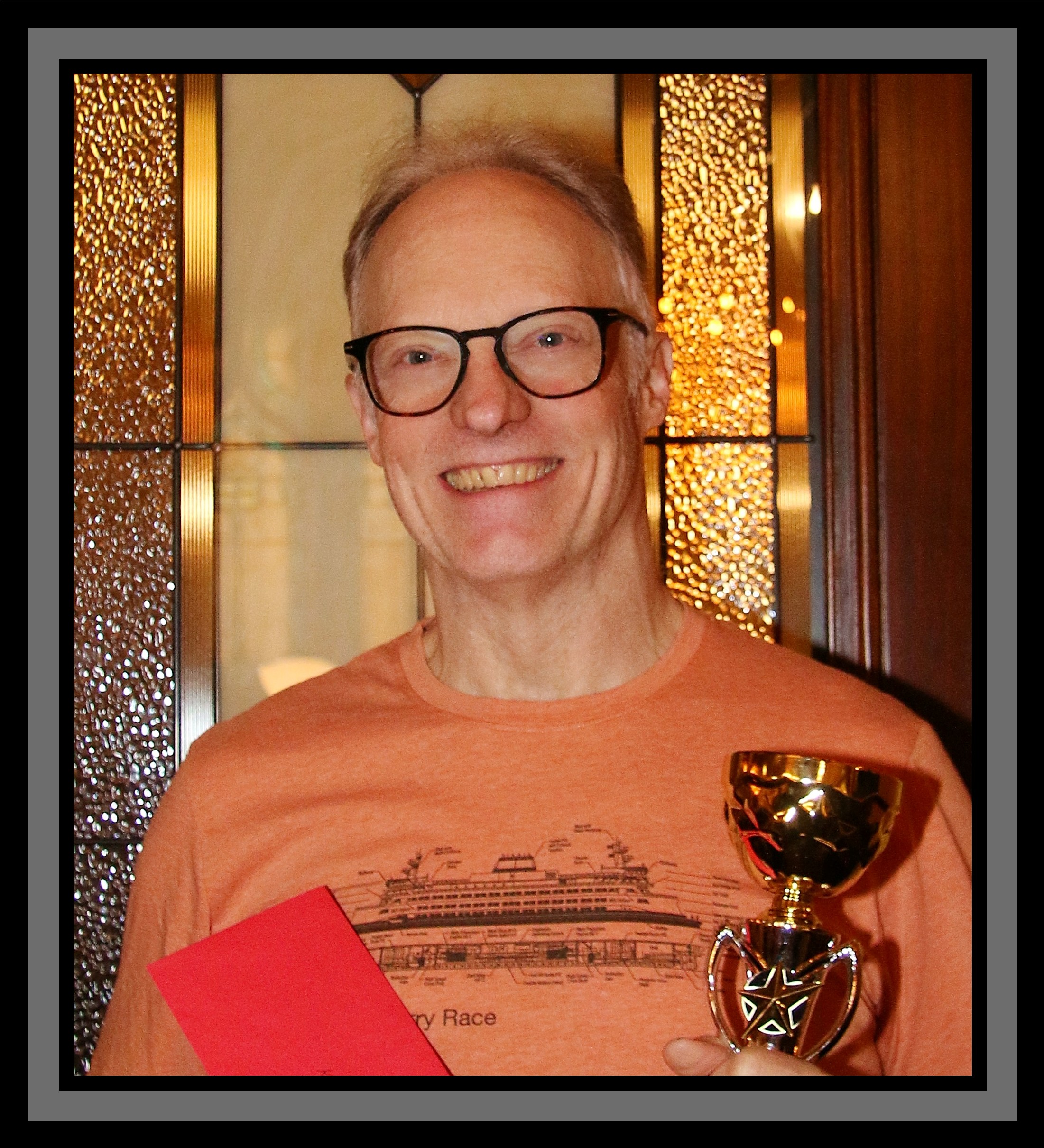 This was my 3rd half marathon in 5 weeks. First time running this one. I kinda like that it had an early 7:00 a.m. start time to beat the heat, although I am not a fan of getting up at 4:00 am to get there. Turns out though that getting up at 4 wasn’t that big a deal as I had been awake since midnight and finally got up at 3:30.

I just got a new hydration vest from a Kickstarter campaign by Drankful. I was expecting it a couple months ago but manufacturing and shipping delays postponed getting it until this past week. I didn’t get a chance to take it for a test spin so this was my first outing with it. Kind of a violation of the “Nothing new on race day” rule but unavoidable. I saw from the FAQ page for the race that they would have water and electrolyte drinks at aid stations but no gels or energy bars. With the vest I was able to have both with me and that came in really handy.

Driving down to Olympia I became a little concerned when I drove through a couple patches of drizzle but the rain held off and it was just overcast, which made for what I feel was ideal running conditions. There were a couple sections of the course that were in the sun but for the most part it was shady and overcast.

I got there right at 6:00 as that is when they were supposed to be ready for packet pickup but they were running behind. This didn’t affect those of us for the 7:00 start time but Patty Husko was scrambling to get her bib for the 6:00 early start for those expecting an over 3 hour completion time.

There was some dismay that they didn’t break down the 70 and over participants into 5 year age groups. My age group (M60-64) was packed as usual, though. I just can’t seem to catch a break there.

The course was a loop that went out of the downtown area and through a park and some residential areas. It was well coned with lots of course volunteers to make sure none of us got lost. There was even a group of cheerers that moved along the course offering encouragement. I passed them at least 3 times on the course and again at the finish.

Aid stations were set up every 2 miles or so with water and electrolyte drinks. Since I had my vest I didn’t have to stop at them like I have at other races in the past but I was grateful that they were there. Running along the bike path in the park in the middle section of the race was a nice respite from running with traffic. Vehicles were pretty respectful of us crazy runners.

I finished with an official time of 2:02:53 and placed 4th in my age group. Although I didn’t “technically” have a PR (That was at Iron Horse Half Marathon last year with a time of 2:02:22) it was my fastest this year and fastest on a course that wasn’t mostly downhill. Still chasing that sub 2 hour time though. Maybe at the Iron Horse this year? I didn’t stick around for the awards ceremony, mostly because I forgot about it and I was anxious to get home at that point.

Jerry’s notes:
The Lakefair Races took a giant step back in time as they eliminated age groups 75-79, 80-84, and 85-89 in all 3 of their races on July 16th. A leader in the fight against age discrimination for the last 20 years, Lakefair suddenly took a step back into the dark ages. 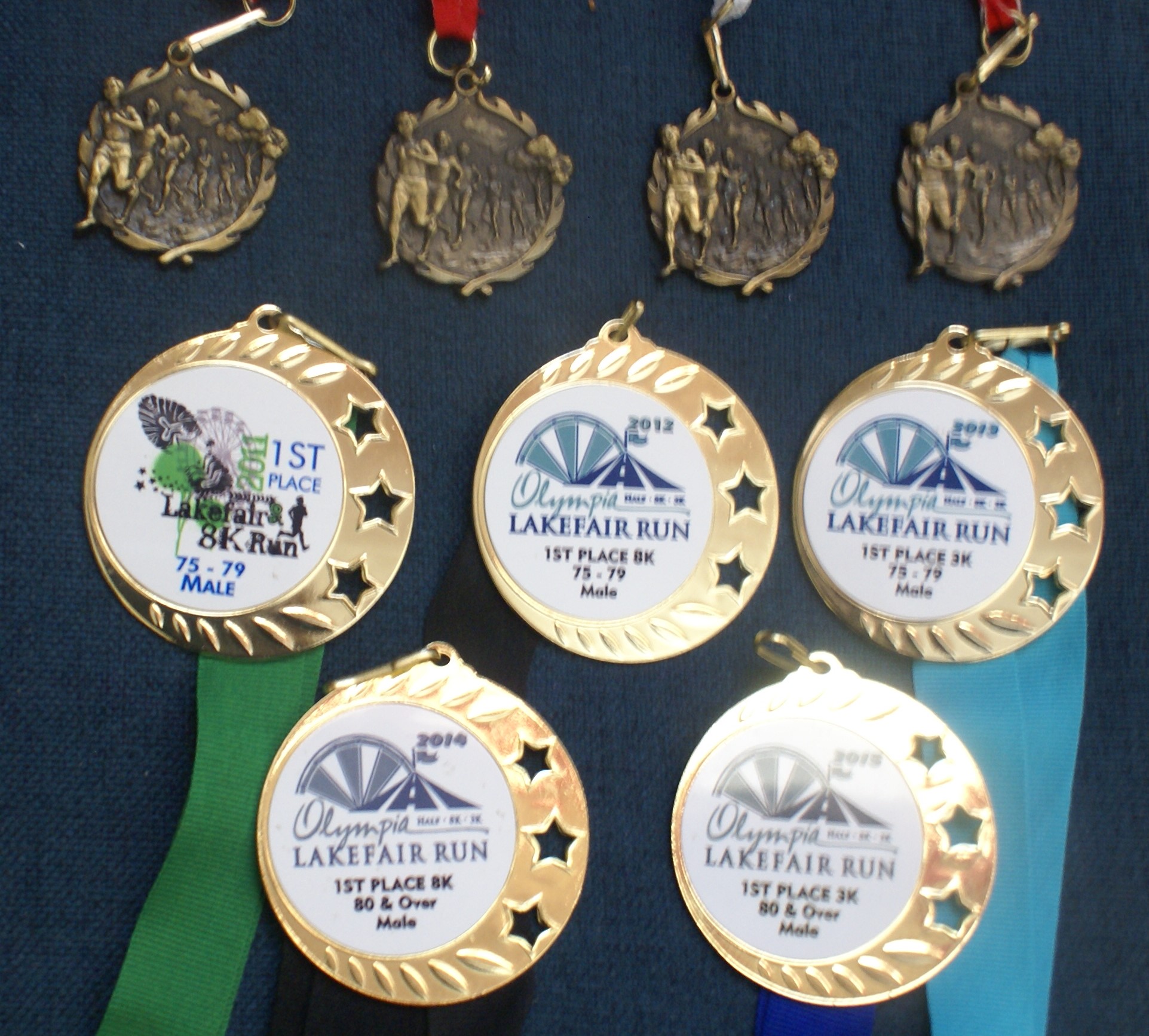 That’s why we didn’t bother to check before we added Lakefair to our Crown Jewel Series. Who would have expected this turn of events? This was the last place we would expect to find age discrimination. We thought it was a thing of the past in our sport.

All we can do at this point is apologize to those of you who felt forced to enter Lakefair to stay competitive in the Crown Jewel Series. If we had known they were eliminating age divisions, we never would have included Lakefair in the Series.

As far as the Silver Strider magazine is concerned, Bruce Fisher’s “Results in Photos” below, has the unbiased, corrected version of the race results. Although we can’t give the winners the correct medals they deserve, we can give them the recognition. 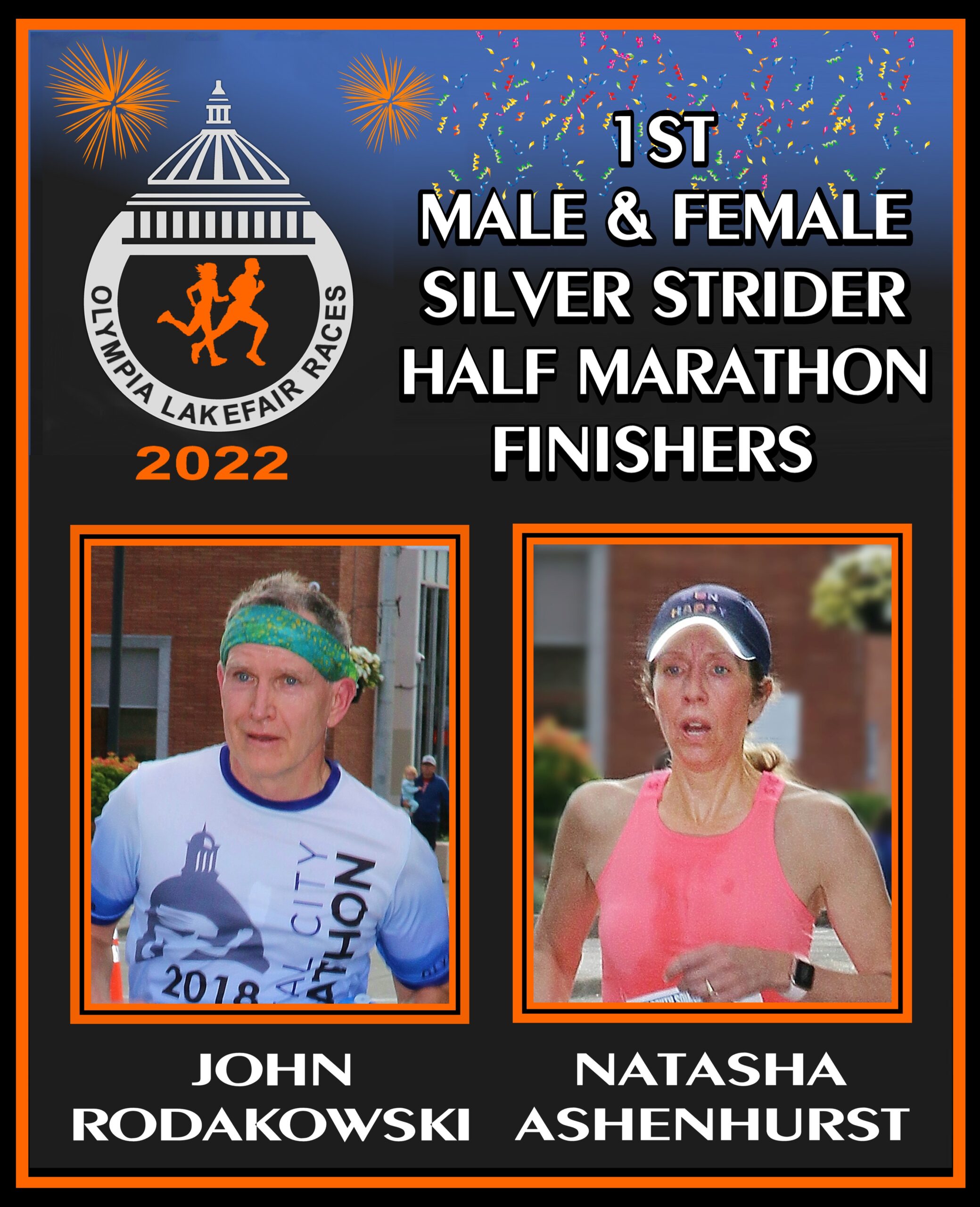 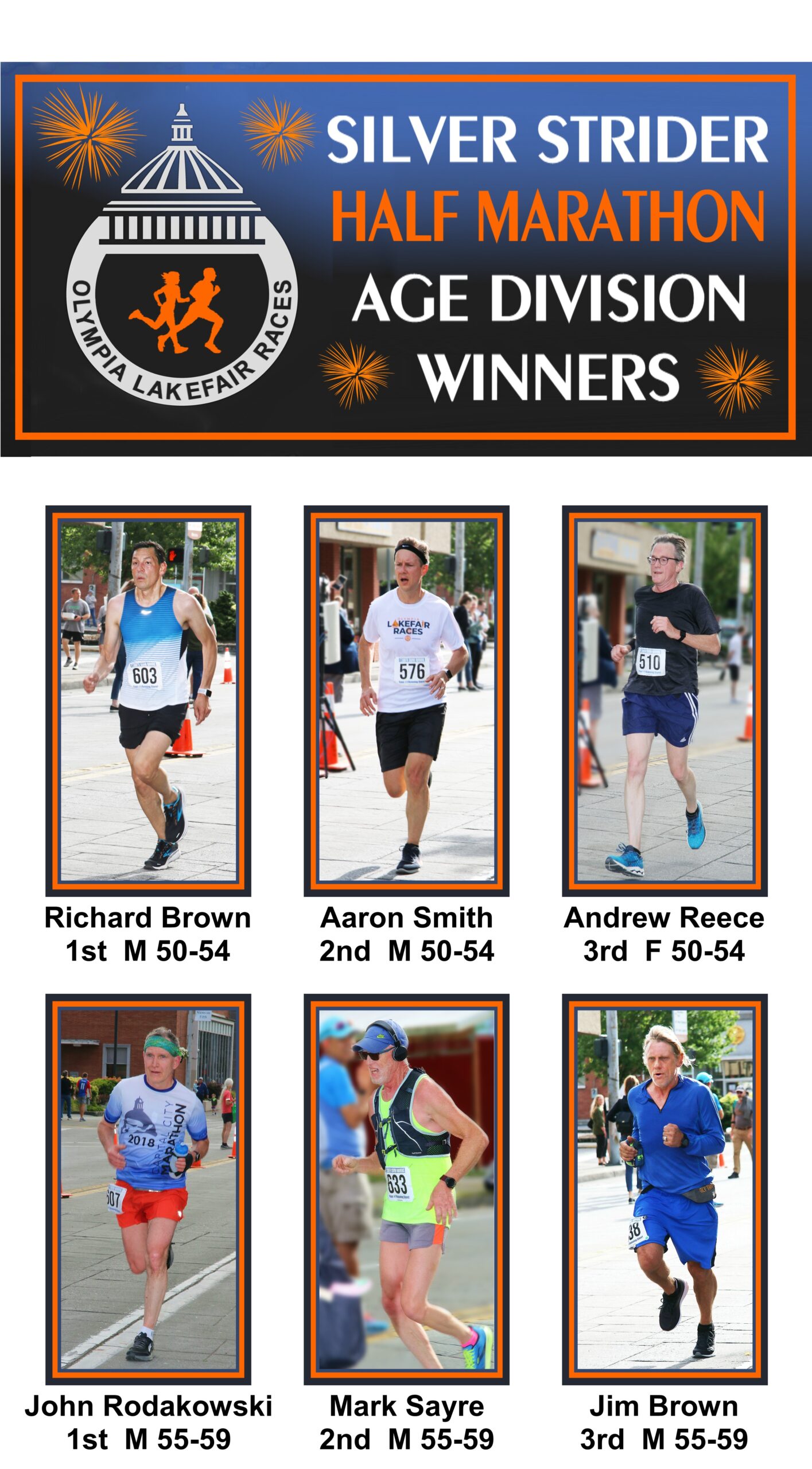 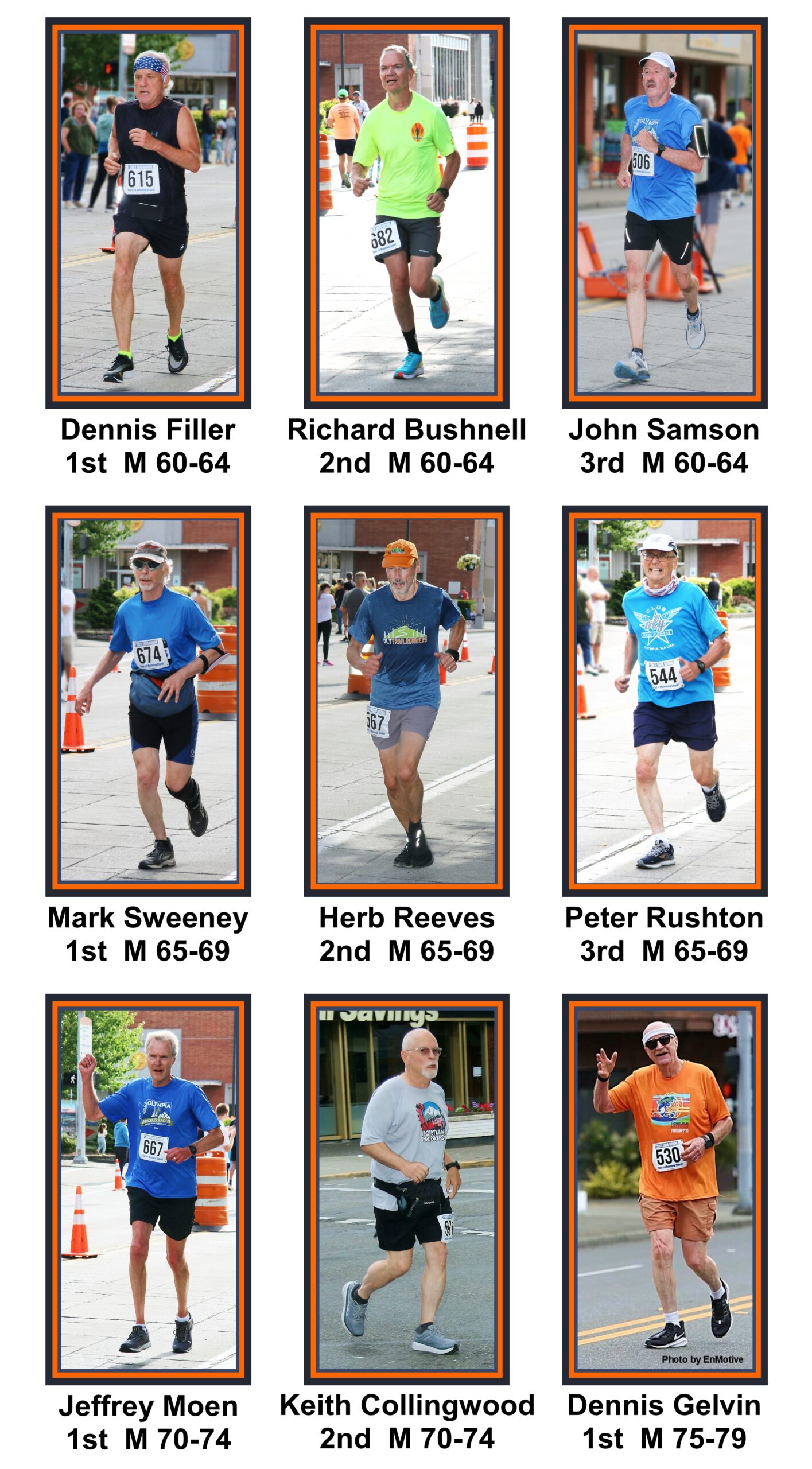 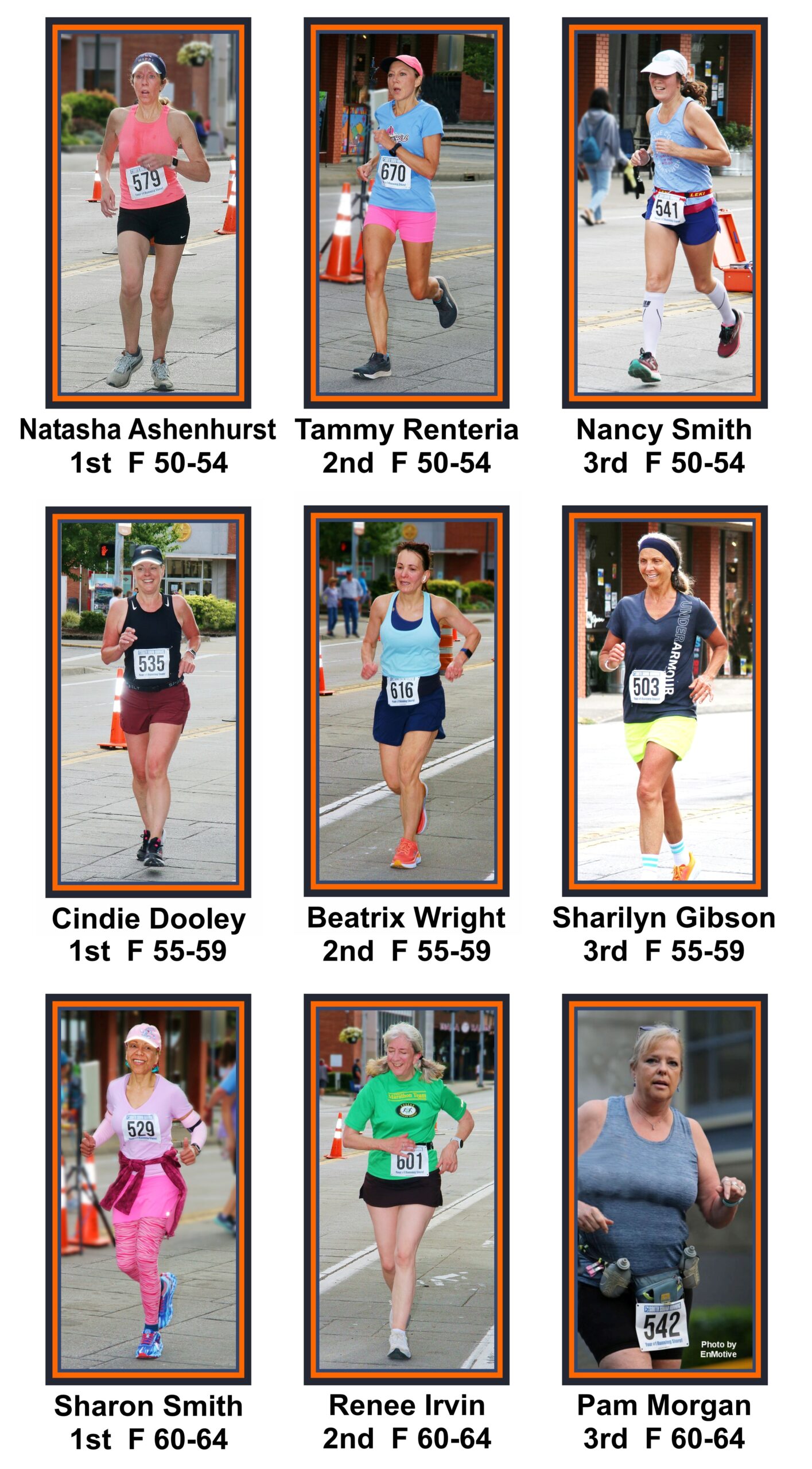 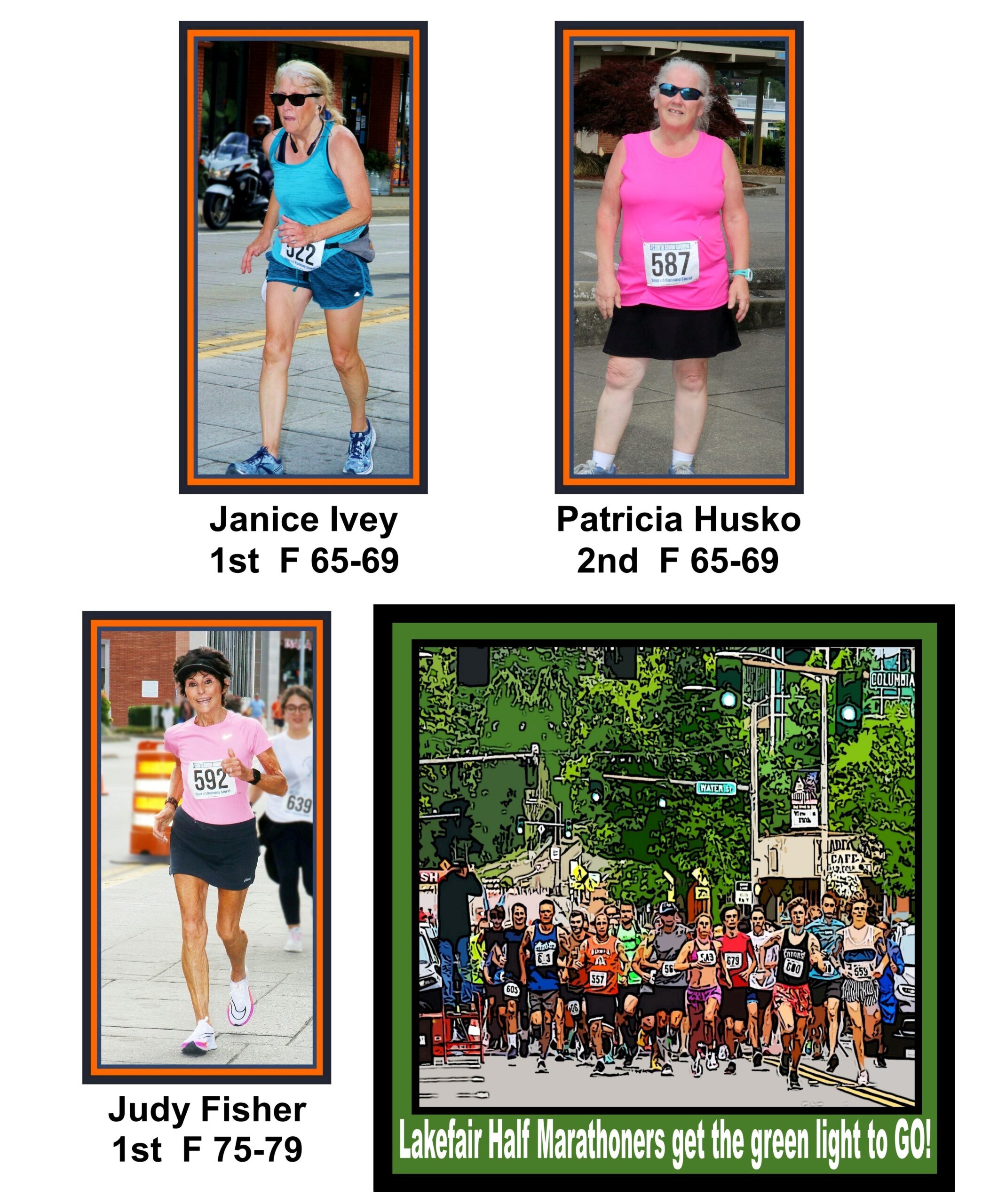 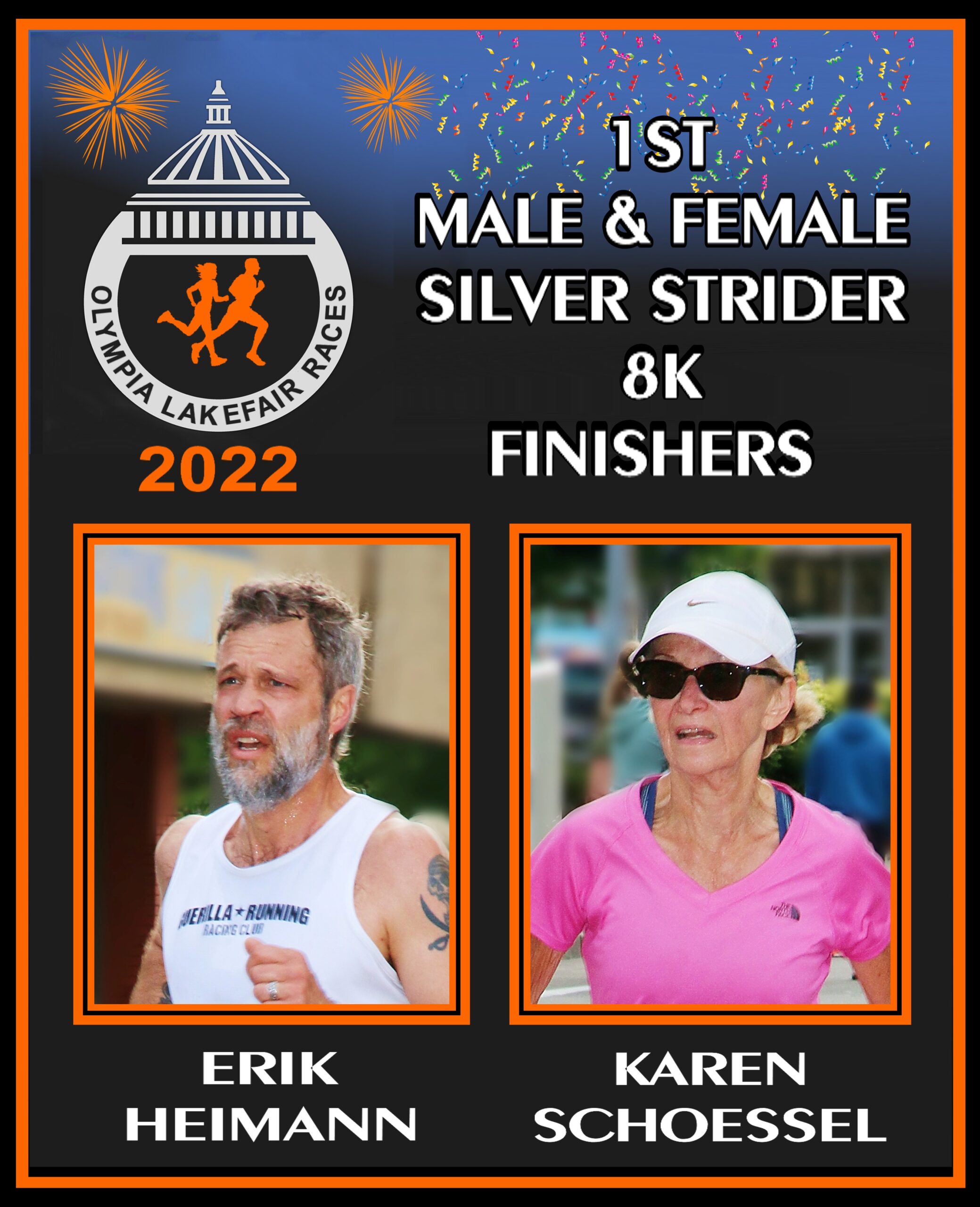 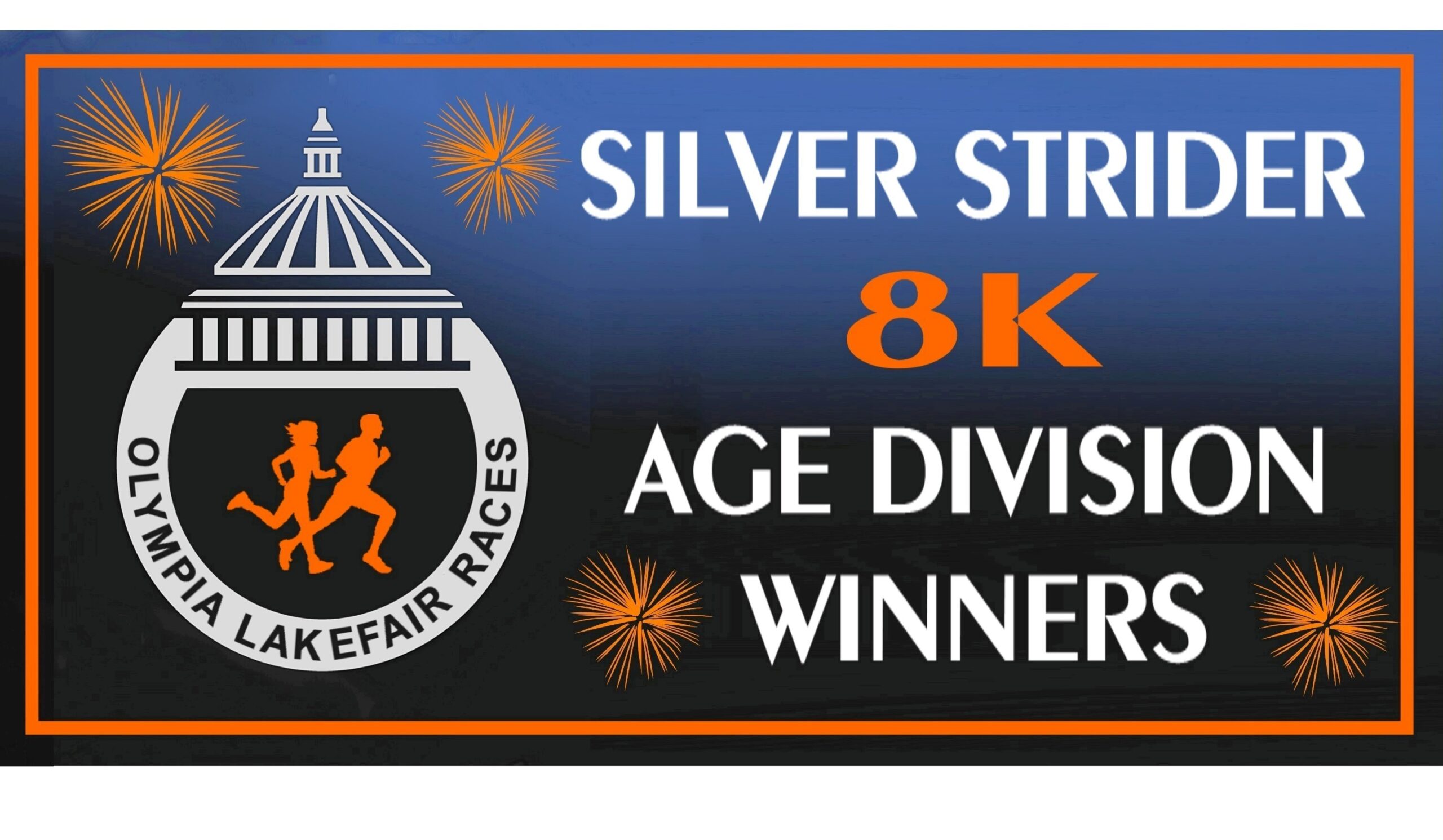 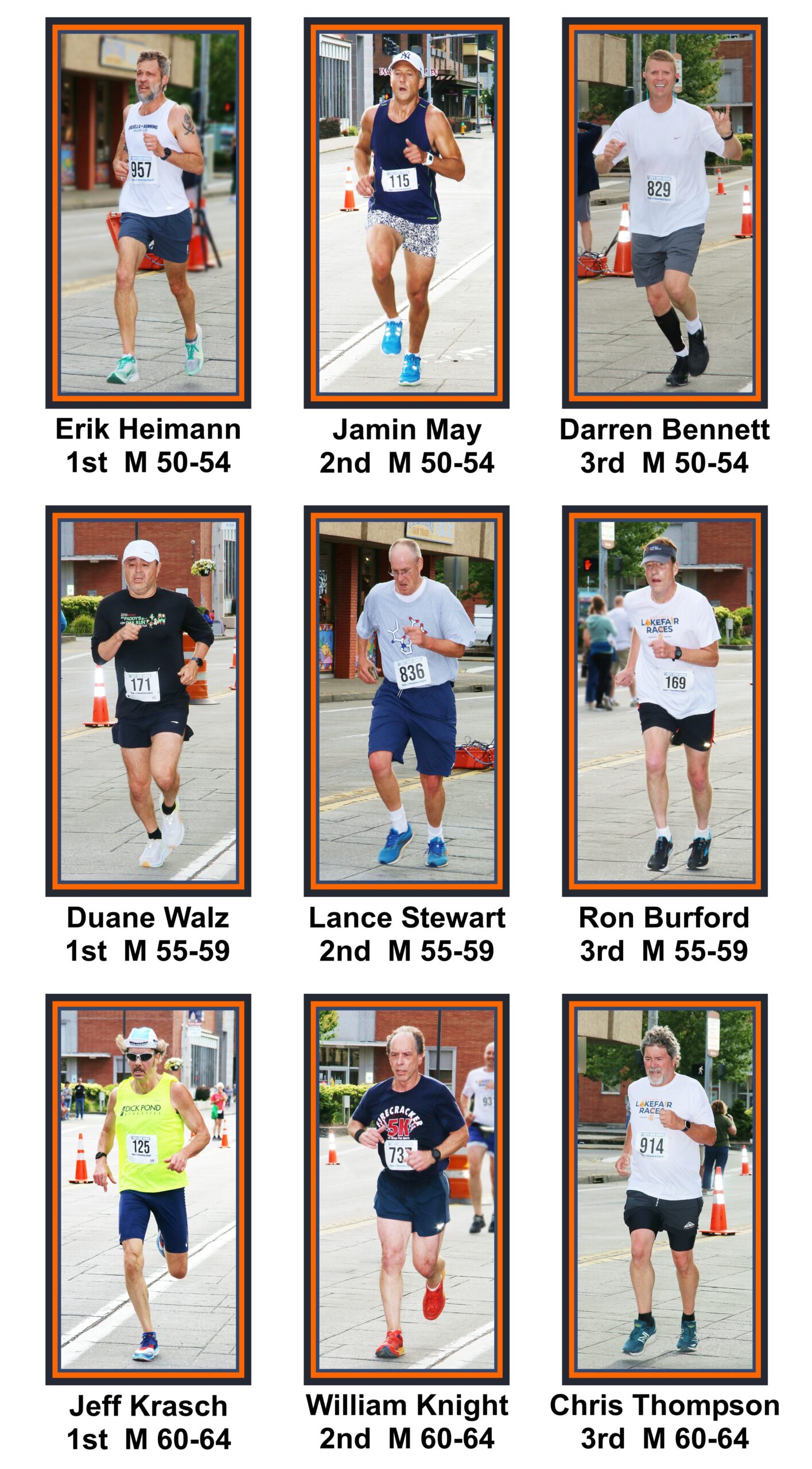 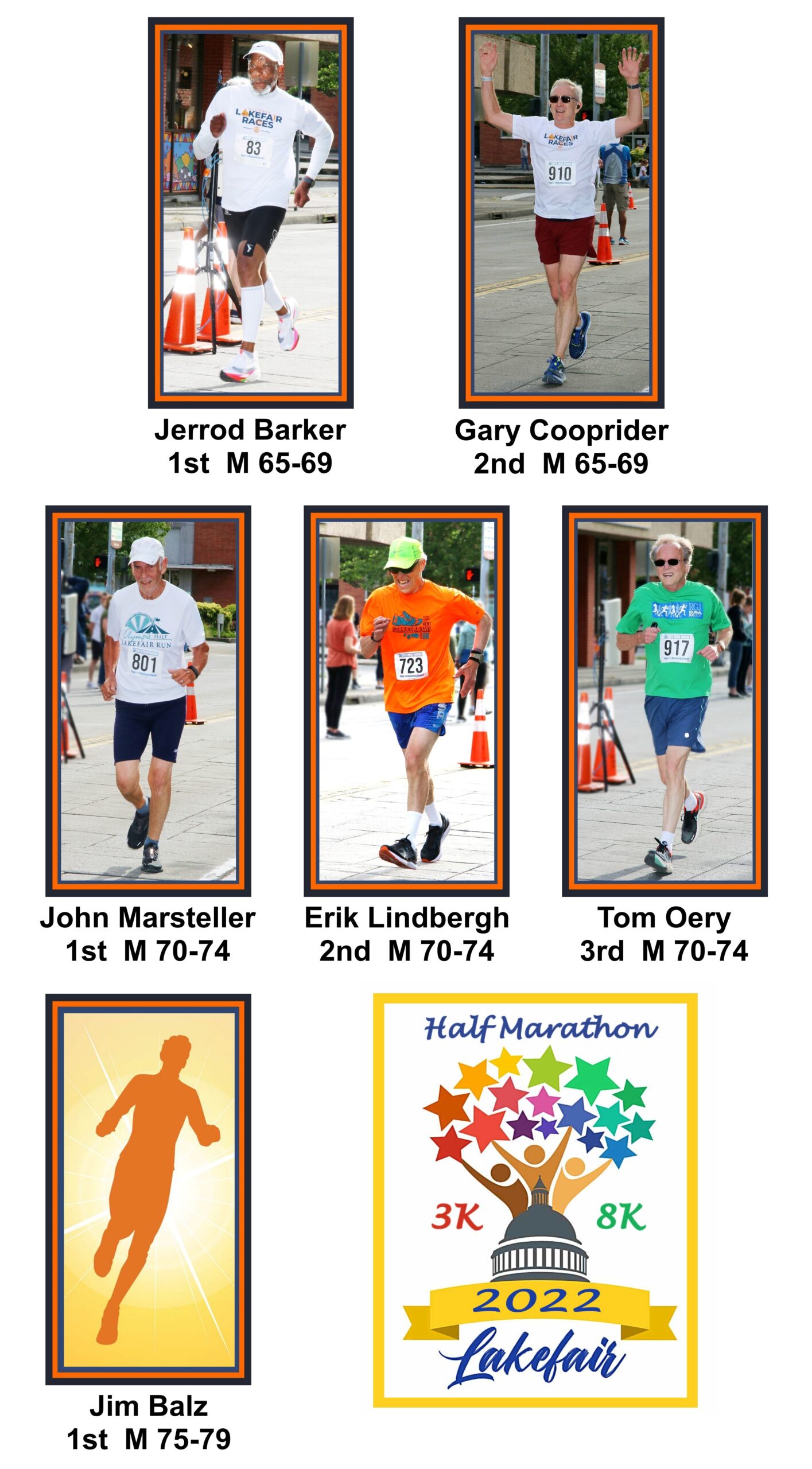 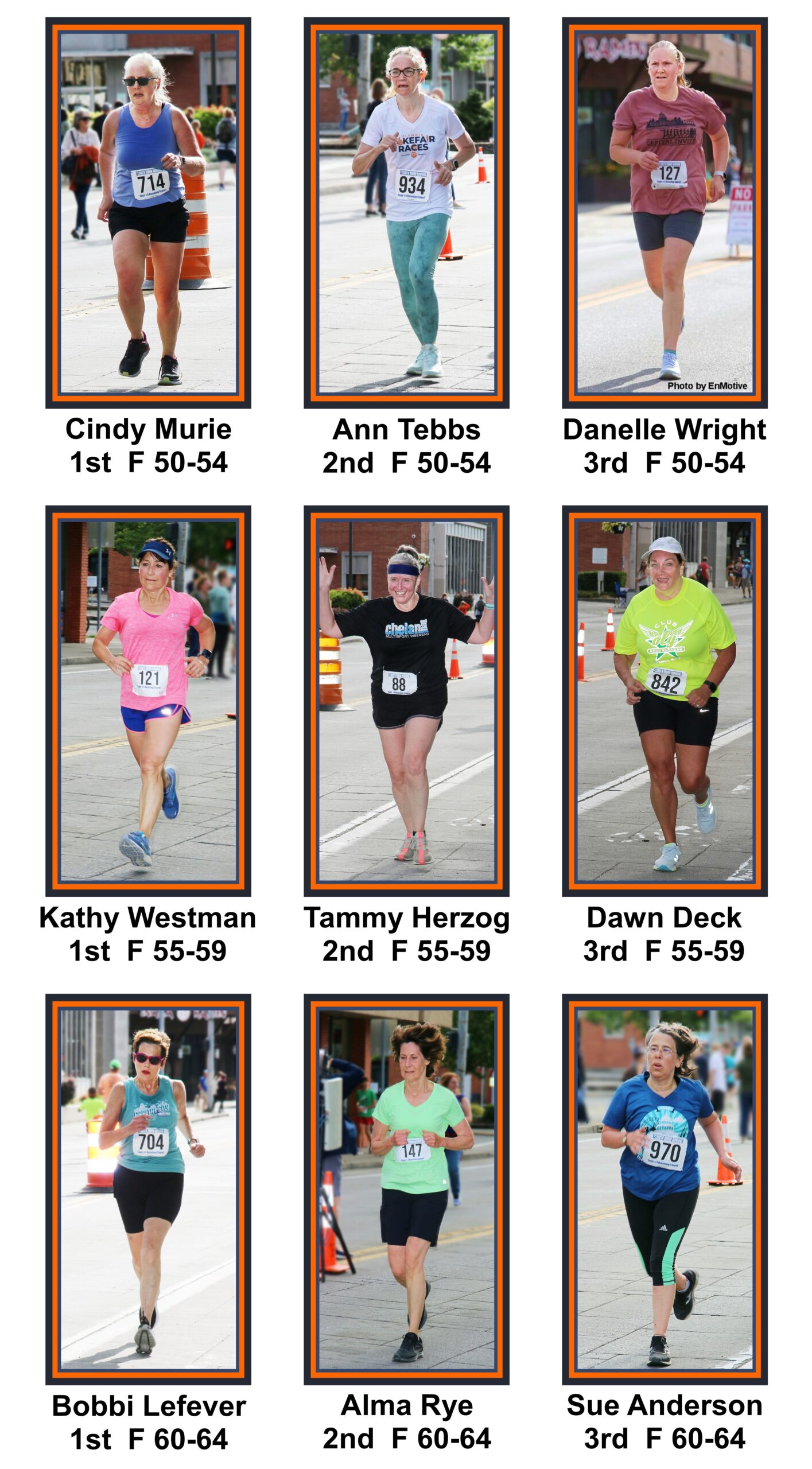 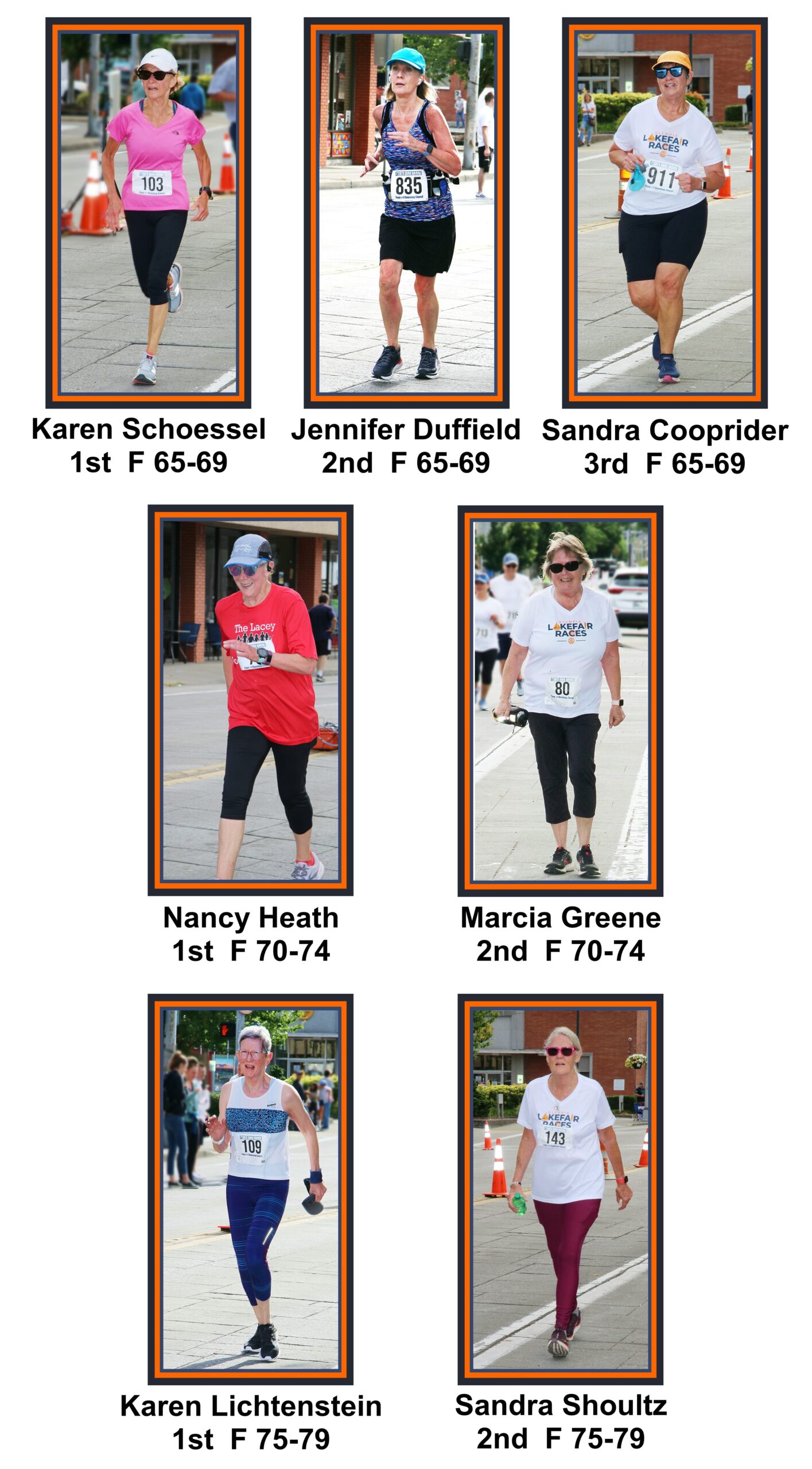 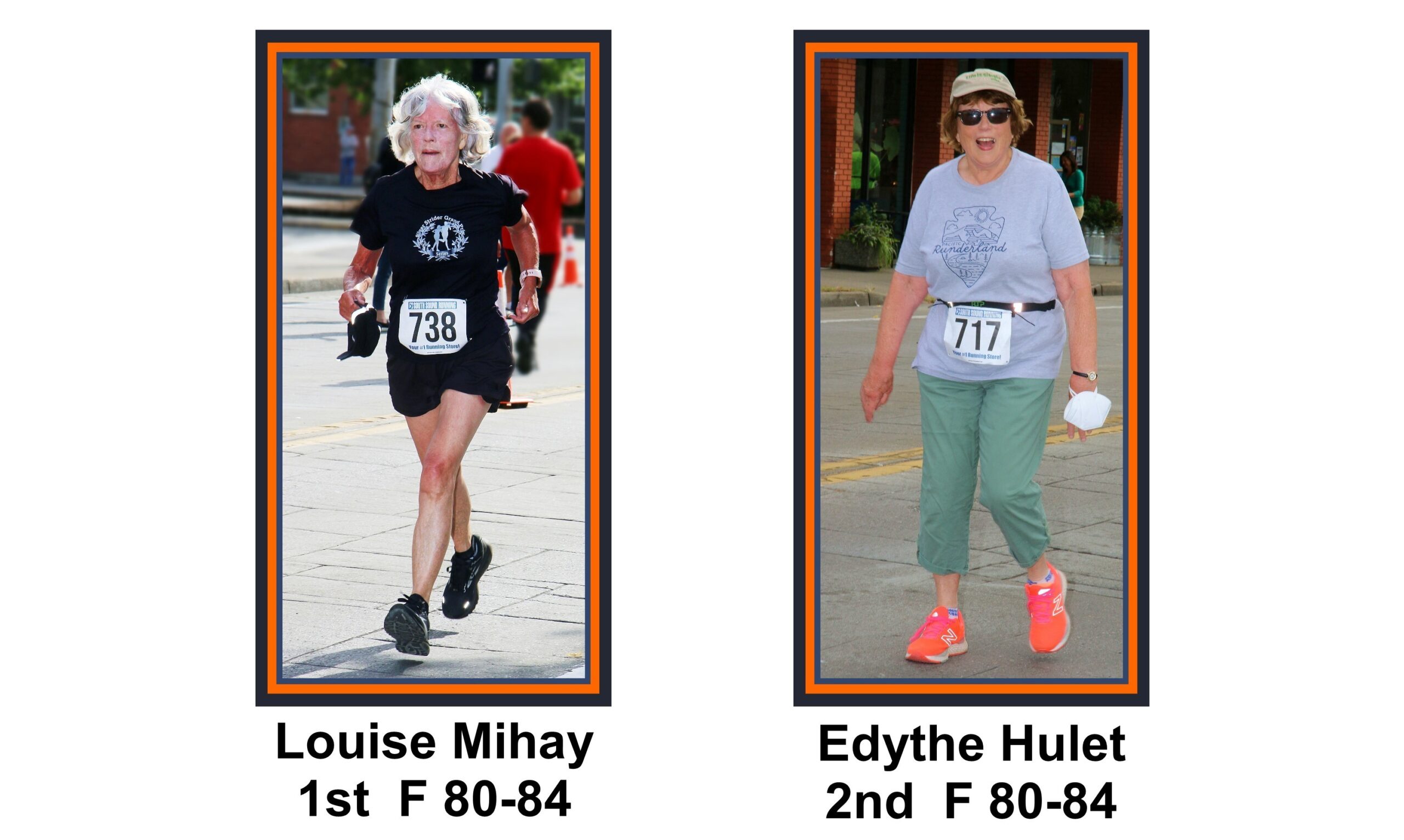 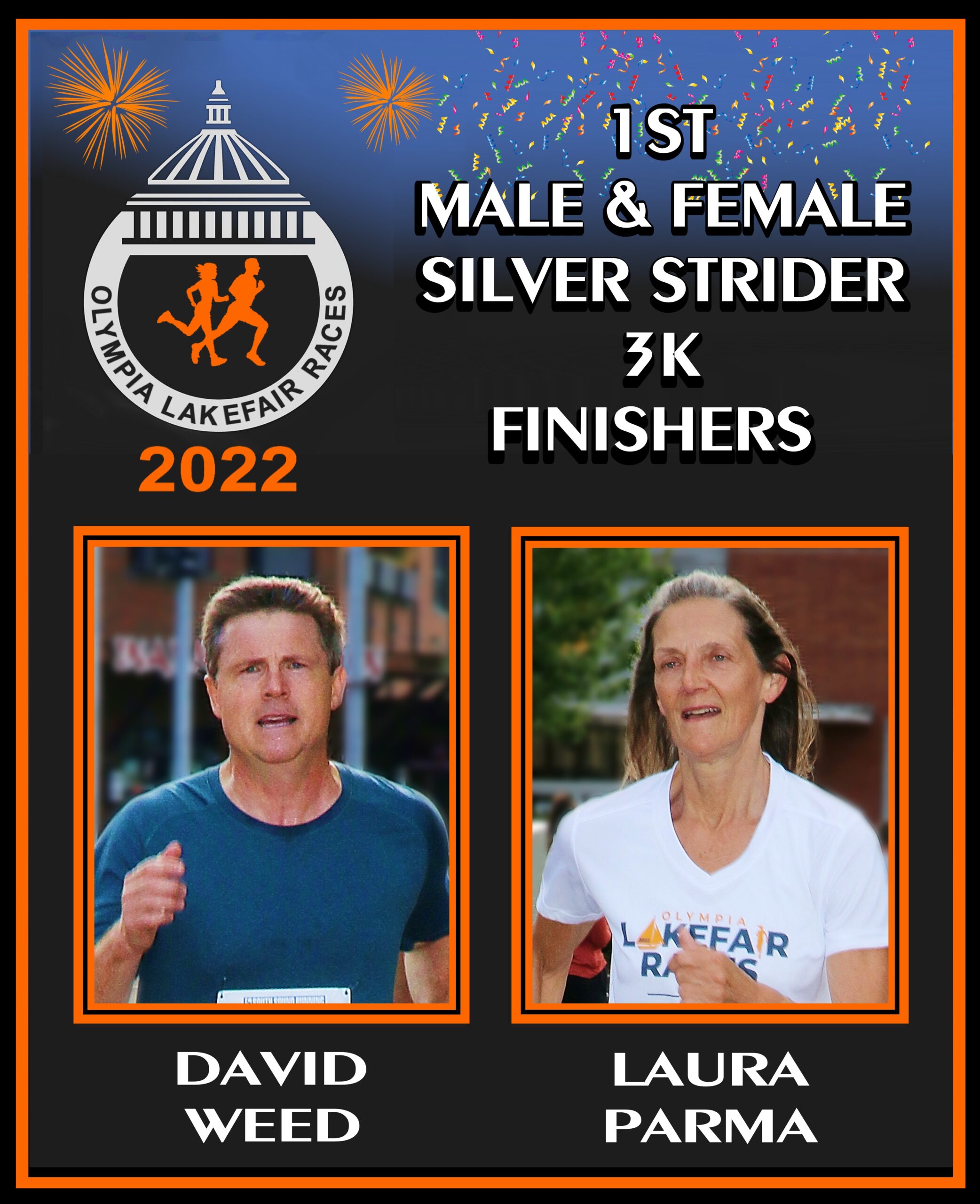 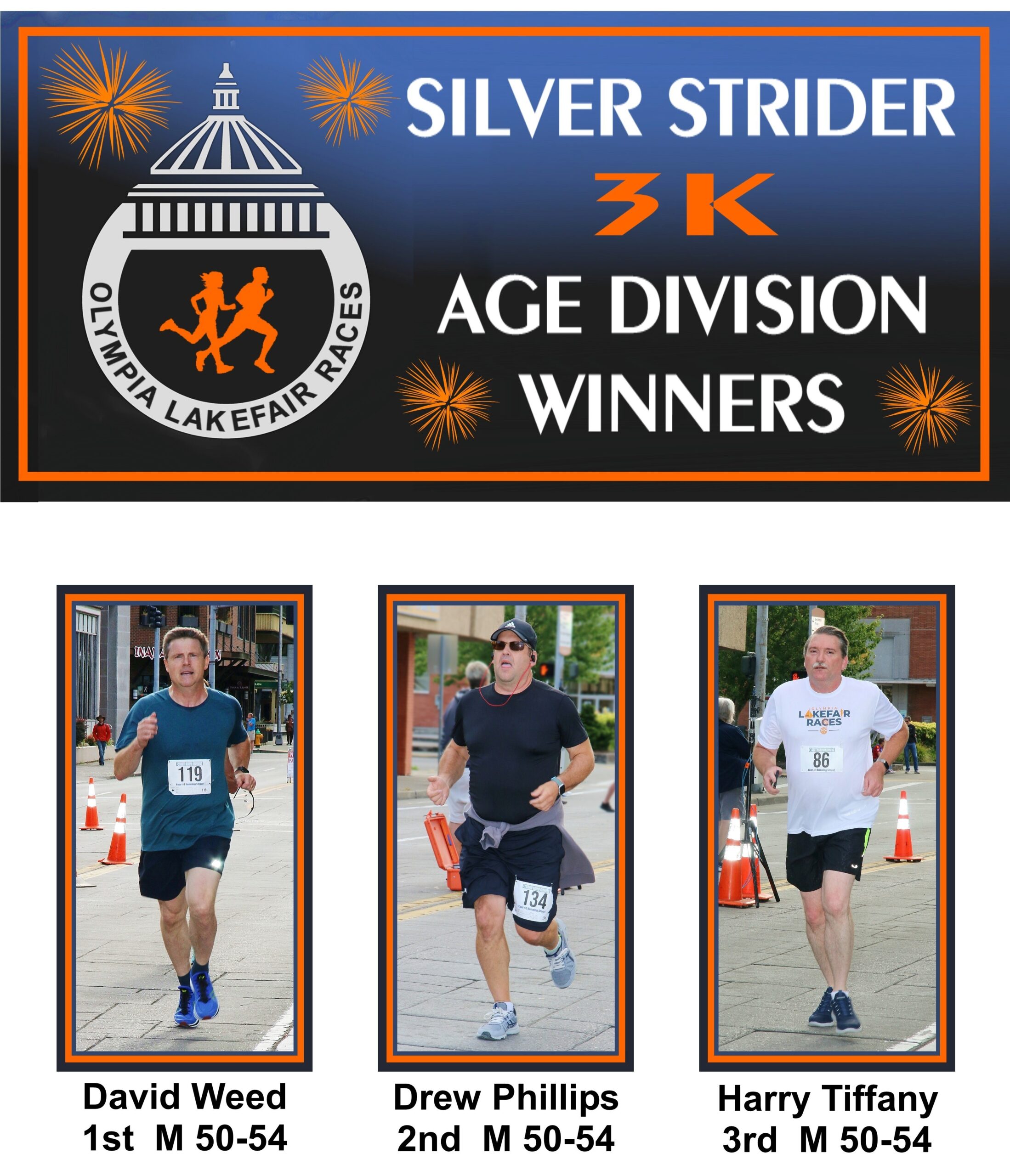 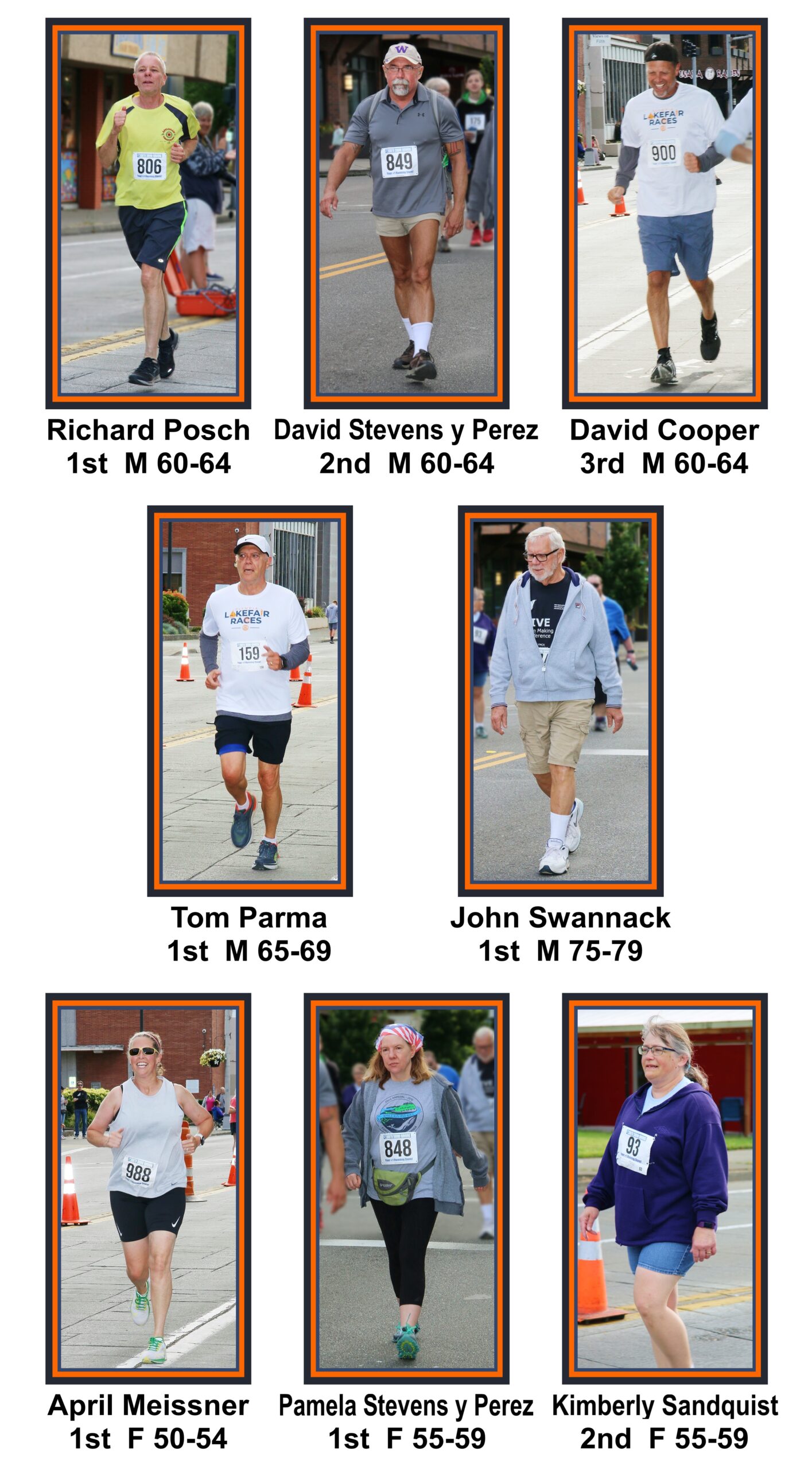 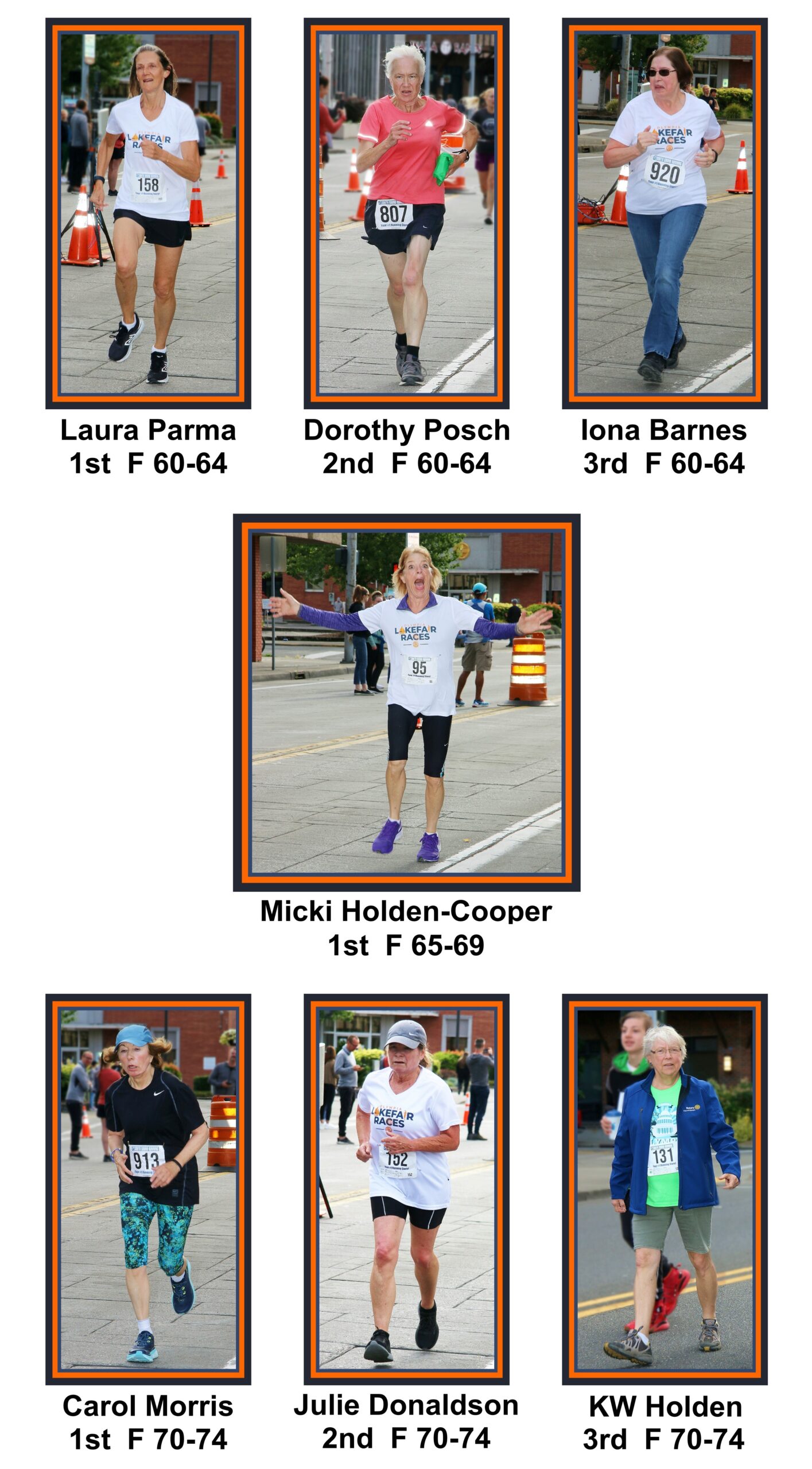 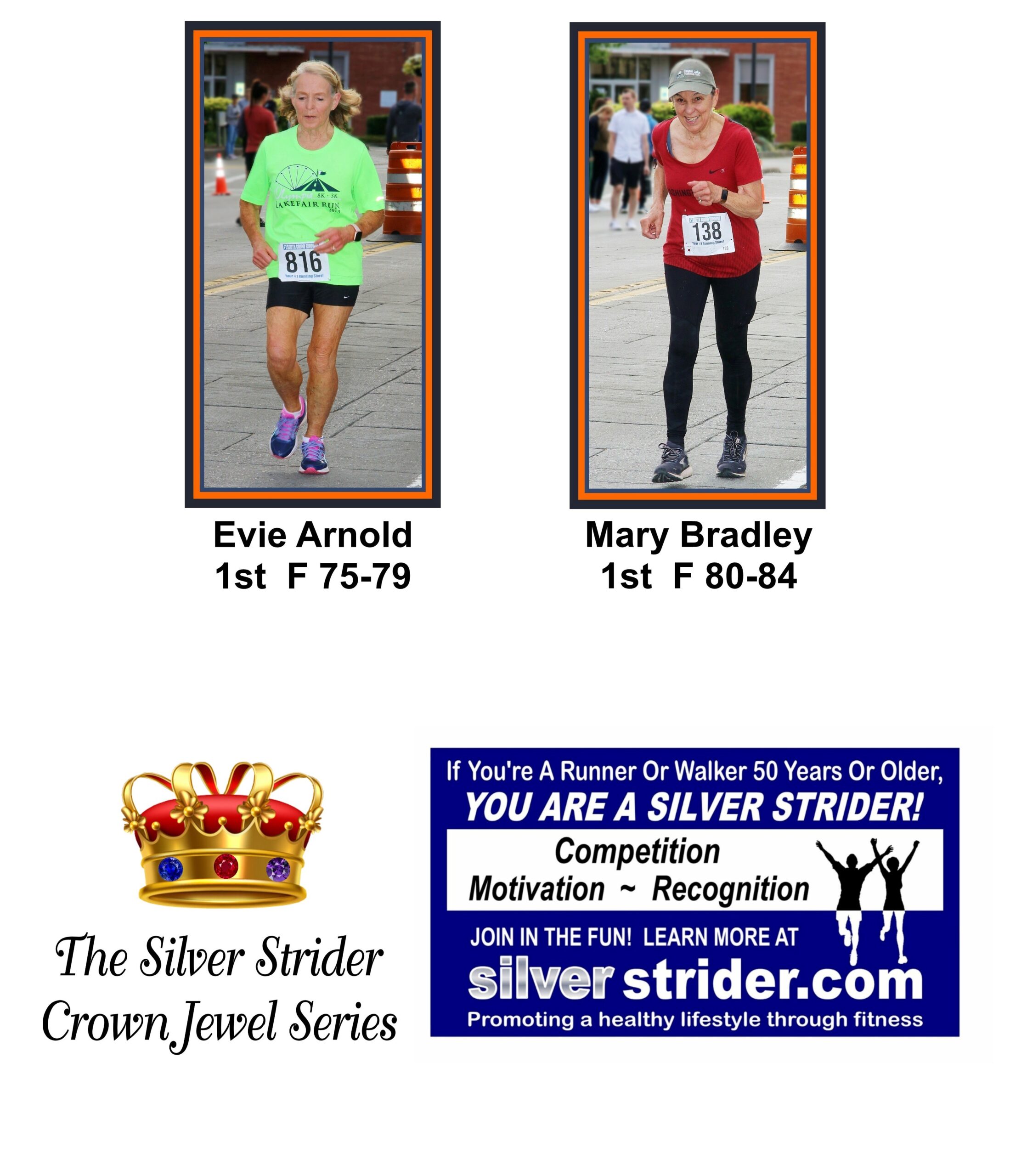