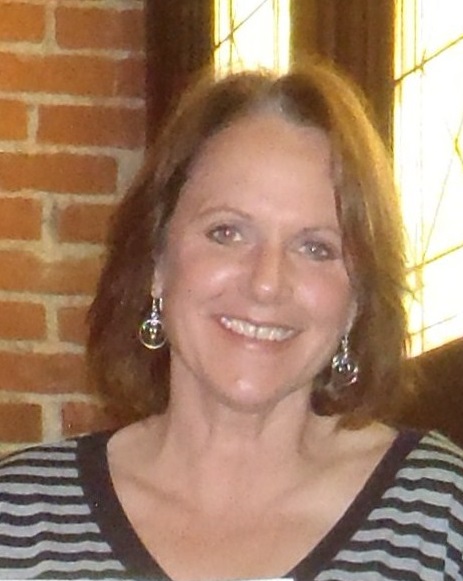 With photos by Bruce Fisher, Audrey Kirkwood and Steve Husko

The Daffodil 8K was held on Sunday, April 10th. The weather forecast was teasing us a bit with the possibility of lowland snow. Luckily that wasn’t the case in the morning. It was great to see quite a few Silver Striders brave the chilly temperature of 39 degrees (felt like 36). 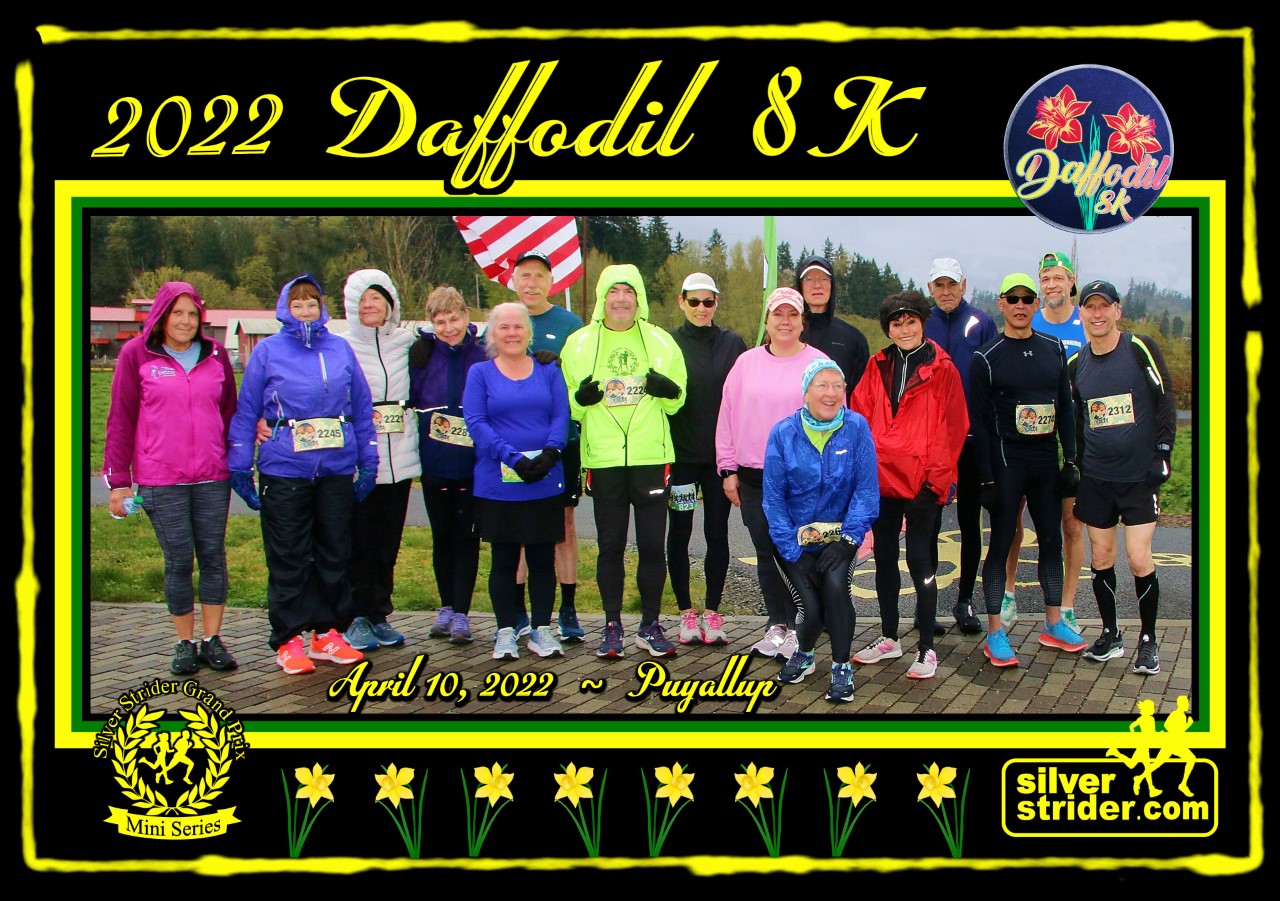 The chilly start did seem to warm up quickly as we ran and walked the out and back course. We had some rain during the race but not too bad at all.

It was a nice flat course with some nice farmland scenery winding through the beginning part of the Foothills Trail. 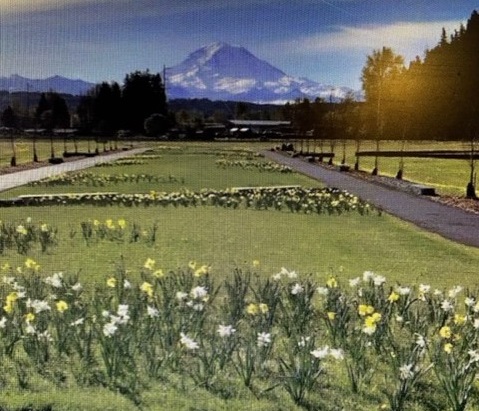 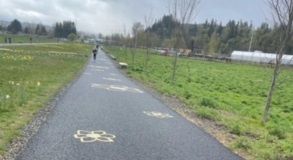 The distance was unique as it was just a little bit more than a 5K but not so long as the 10K. Almost a meet in the middle type of a race distance that was manageable!

The race itself was your average run, nothing too exciting or challenging. The race directors did a really nice job on the design for the medals and the shirts. There were lots of nice raffle prizes at the start of the race. Three of our Striders won some nice looking mini Bundt cakes from a local bakery in the drawing. It is always fun to win something or to see our fellow striders win stuff! The trick to improve your chance of winning these raffles is to stand near Charlea Sherman…she is always lucky!

The race start was at the Van Lierop Park which is a fairly new park/trail area in the East Valley area of Puyallup. The 18 acres of farmland was the historic Van Lierop family property purchased by the City of Puyallup in 2015. This area of the race beginning is known as the Ernie Bay Connector as it pieces together the River Walk Trail and the Foothills Trail. The history of the Van Lierop family’s passion for flowers dates to the early 1800s. Simon Van Lierop came to the U.S. prior to the Great Depression. He worked on a farm in Puyallup.

During the hard times, they paid him in bulbs. He sold the flowers door to door — and that was the beginning of everything for him. Simon followed in the footsteps of three generations of bulb growers from the Netherlands and started the Van Lierop Bulb Farm with his wife, Beatrice, in 1934. And since then, the Van Lierop Bulb Farm has been famous for its beautiful gardens, where visitors can enjoy many bulb varieties in bloom every spring. Currently, Neil and Lore Van Lierop operate Van Lierop Bulb Farm, Inc., with a love for the flowers and bulbs developed over five generations. They have maintained the relationships with the bulb suppliers Neil’s father initiated in the 1930s.

The race of course also was tied in with annual Daffodil Festival which of course includes the Daffodil parades. The first official daffodil parade was in March of 1934! There has been a parade every year since 1934, with the exception of the war years of 1943, 1944 and 1945, as well as 2020 during the global pandemic. Many of us have attended quite a few of the Daffodil parades.

The post-race meal was at the Meridian Café in downtown Puyallup. Always a nice way to relax, enjoy a hot cup of coffee and meal with our runner friends. 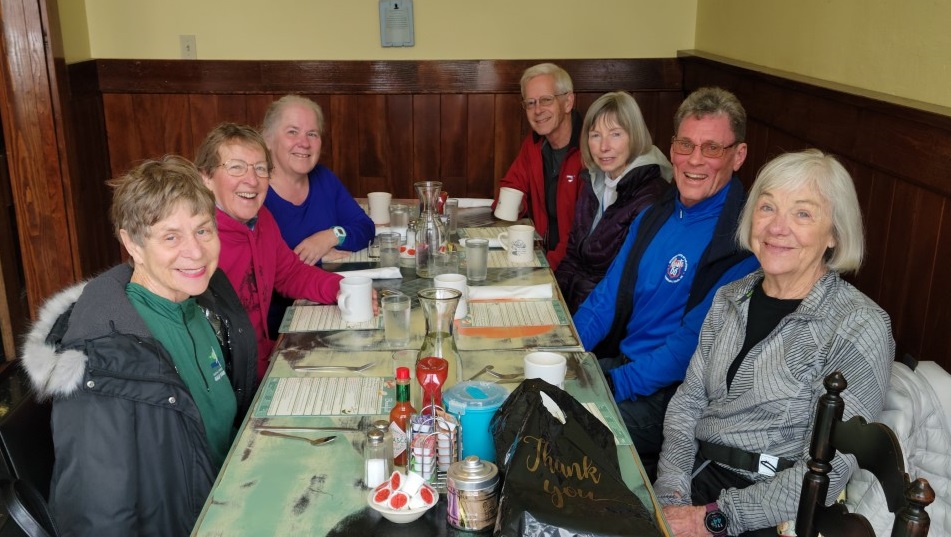 Another fun day in the out and back life of a Silver Strider. 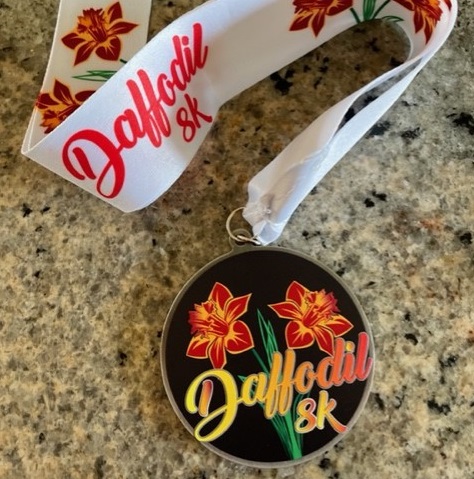 Jerry’s notes: We had 8 more Series finishers at the Daffodil race. That brings our current total number of finishers to 14. There are 6 remaining races in the Series. There is still time to enter and complete the 5 races necessary to become a Series finisher and win a trophy and gift certificate.

Results in Photos by Bruce Fisher 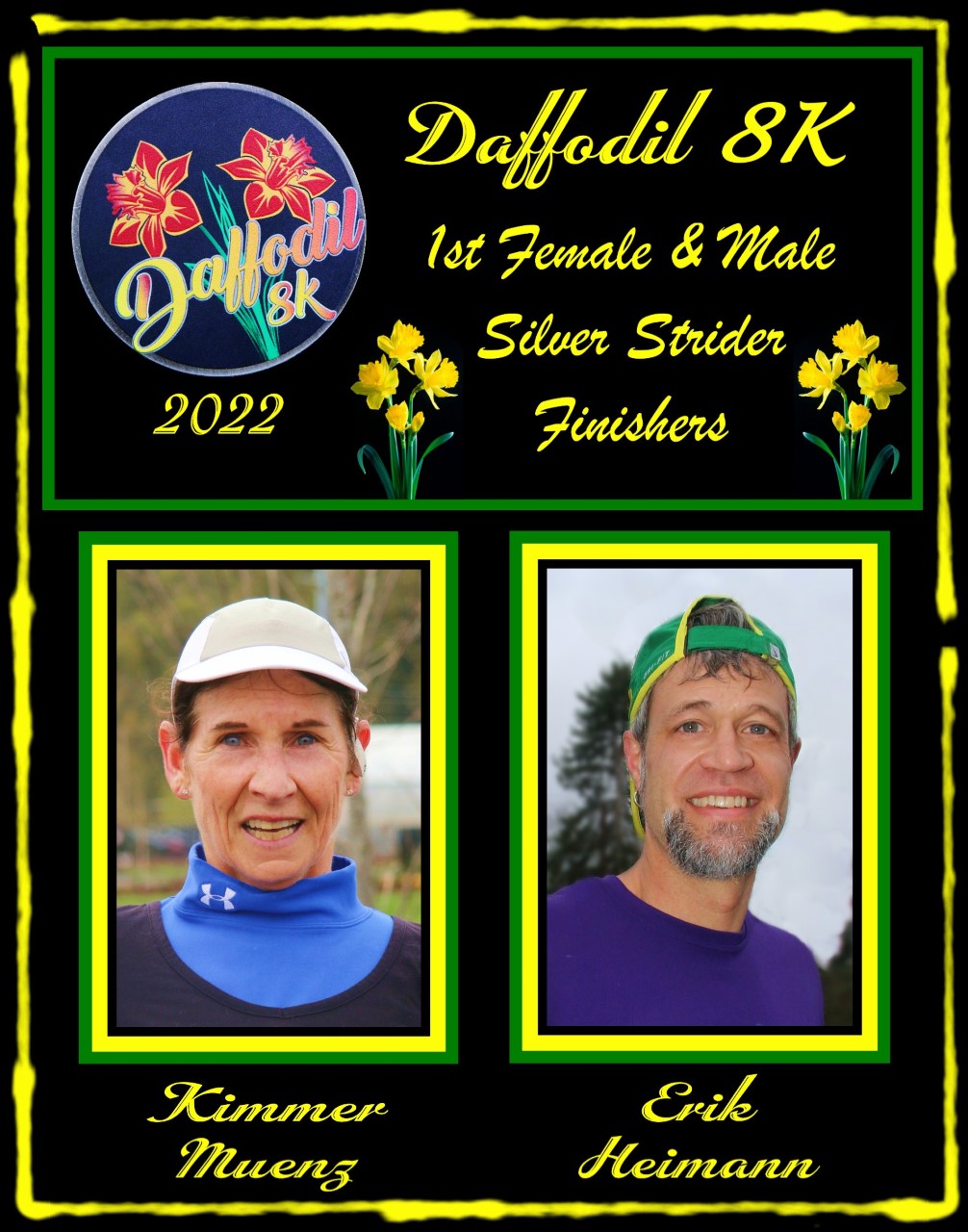 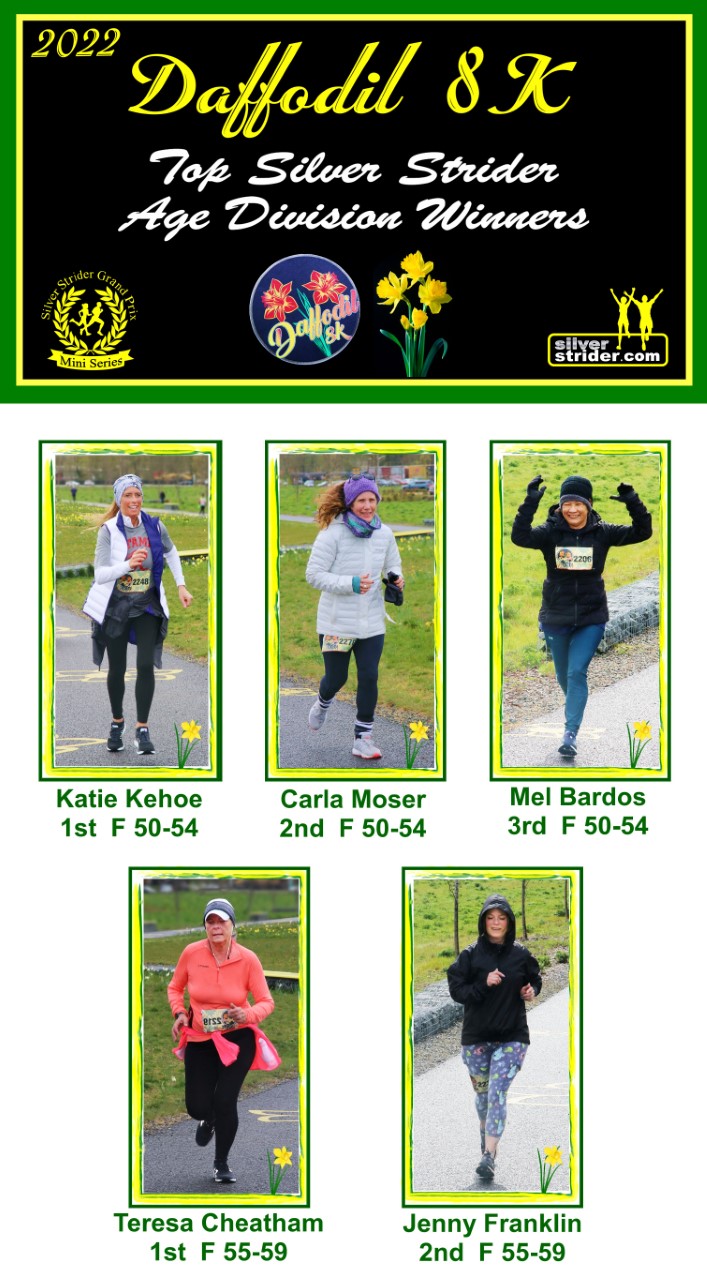 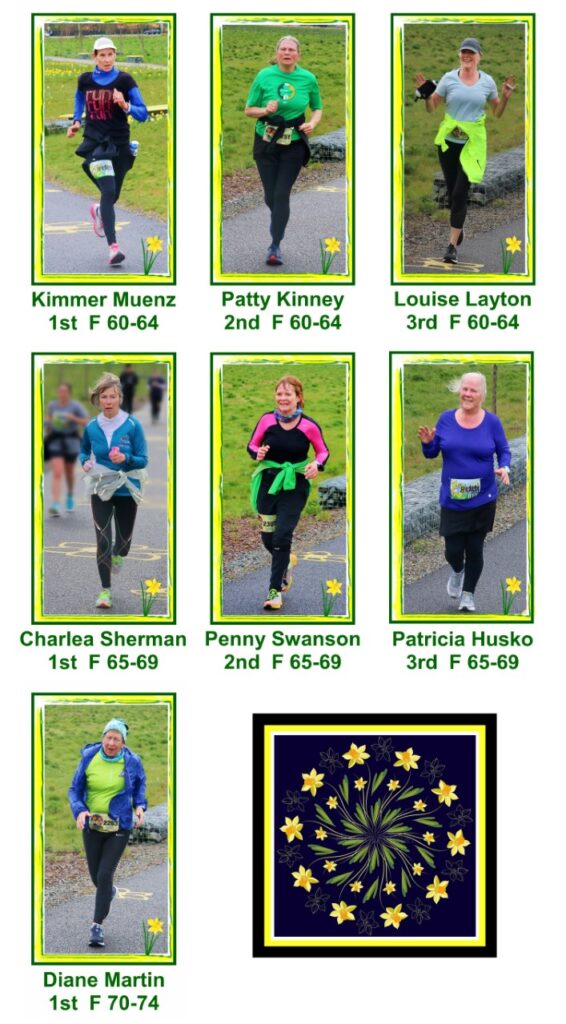 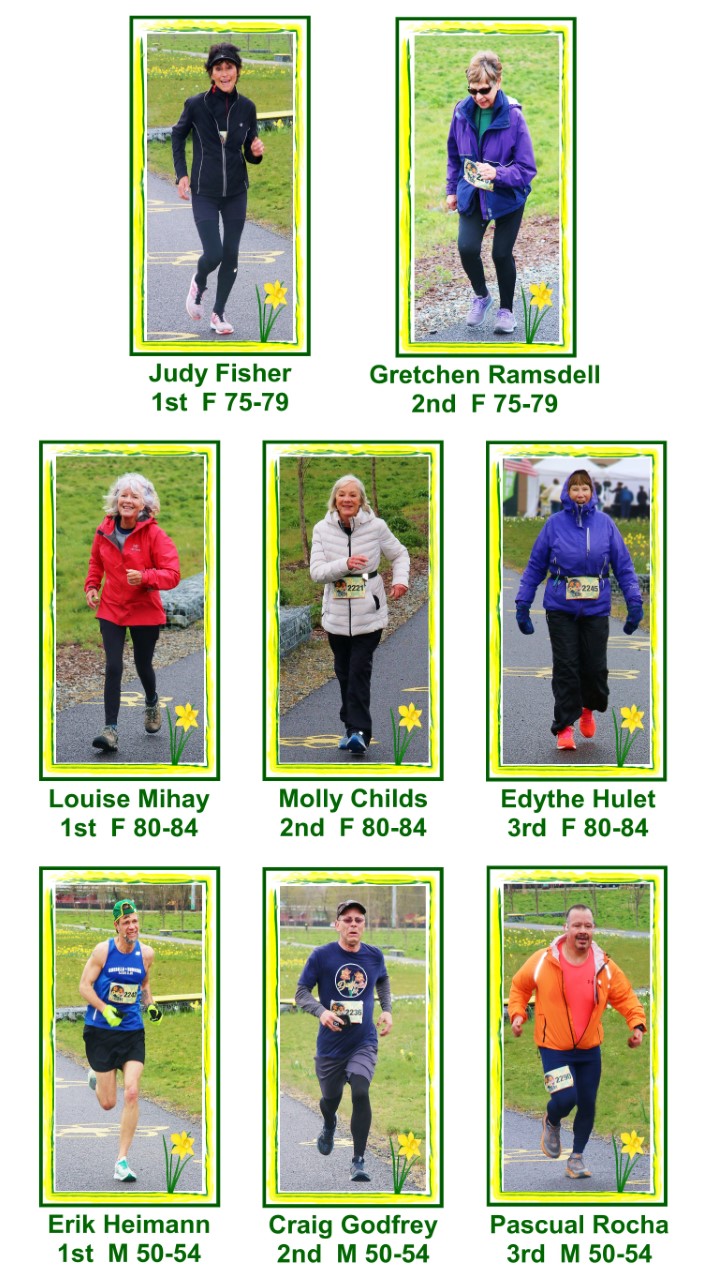 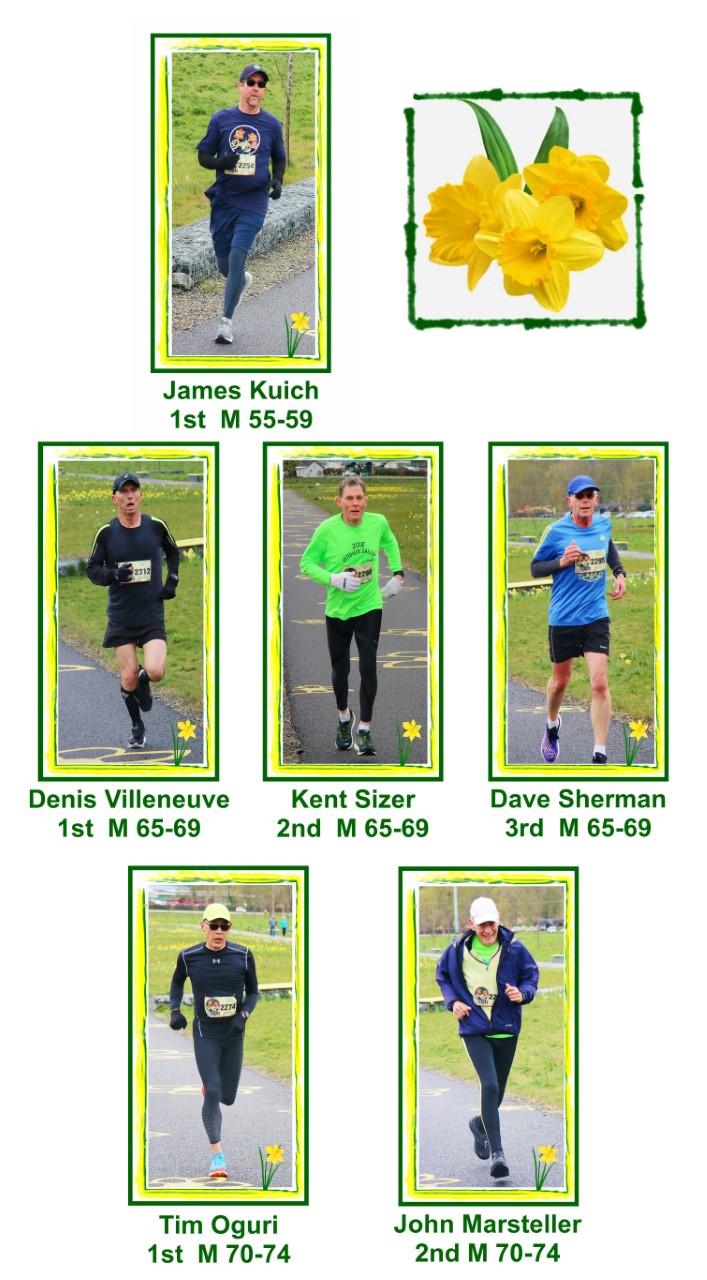 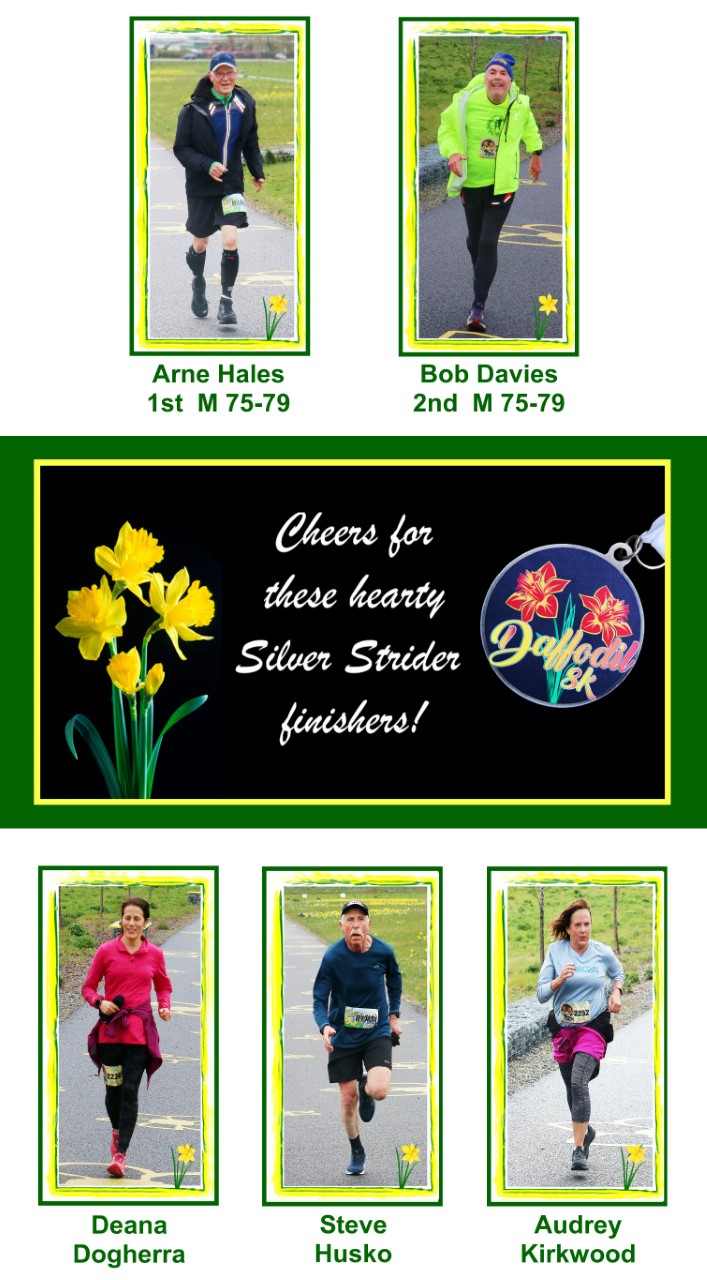 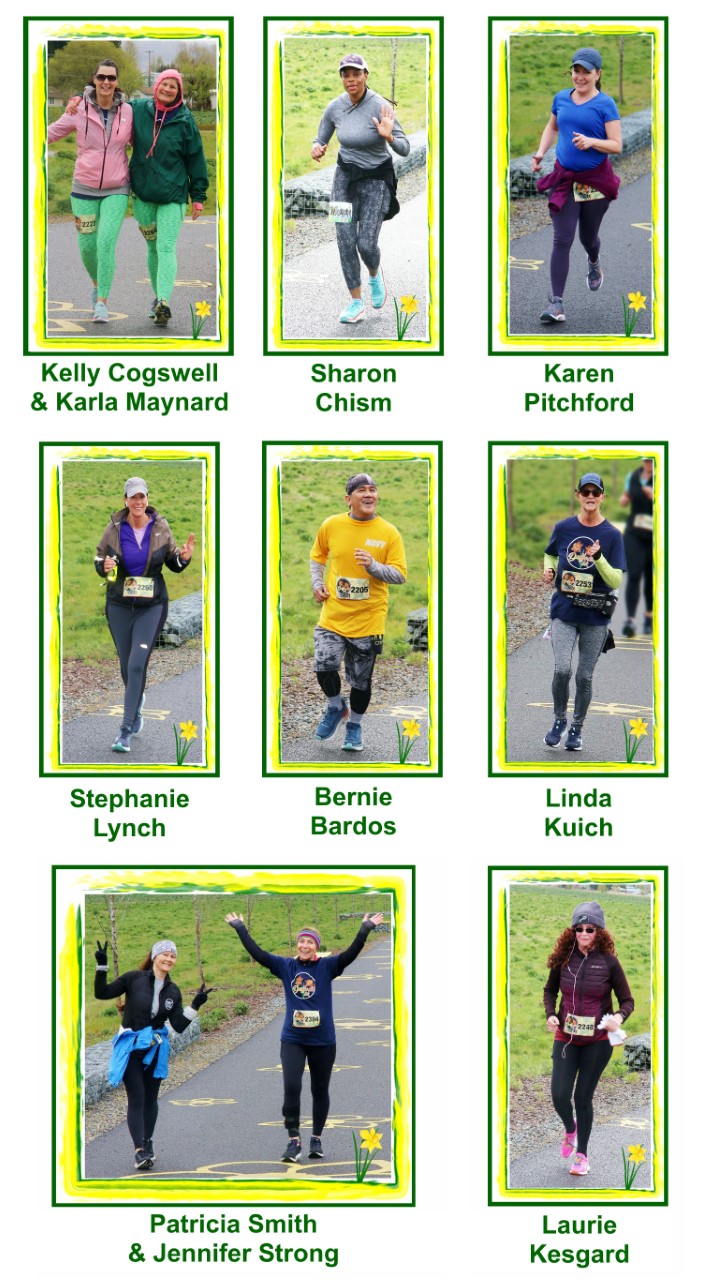 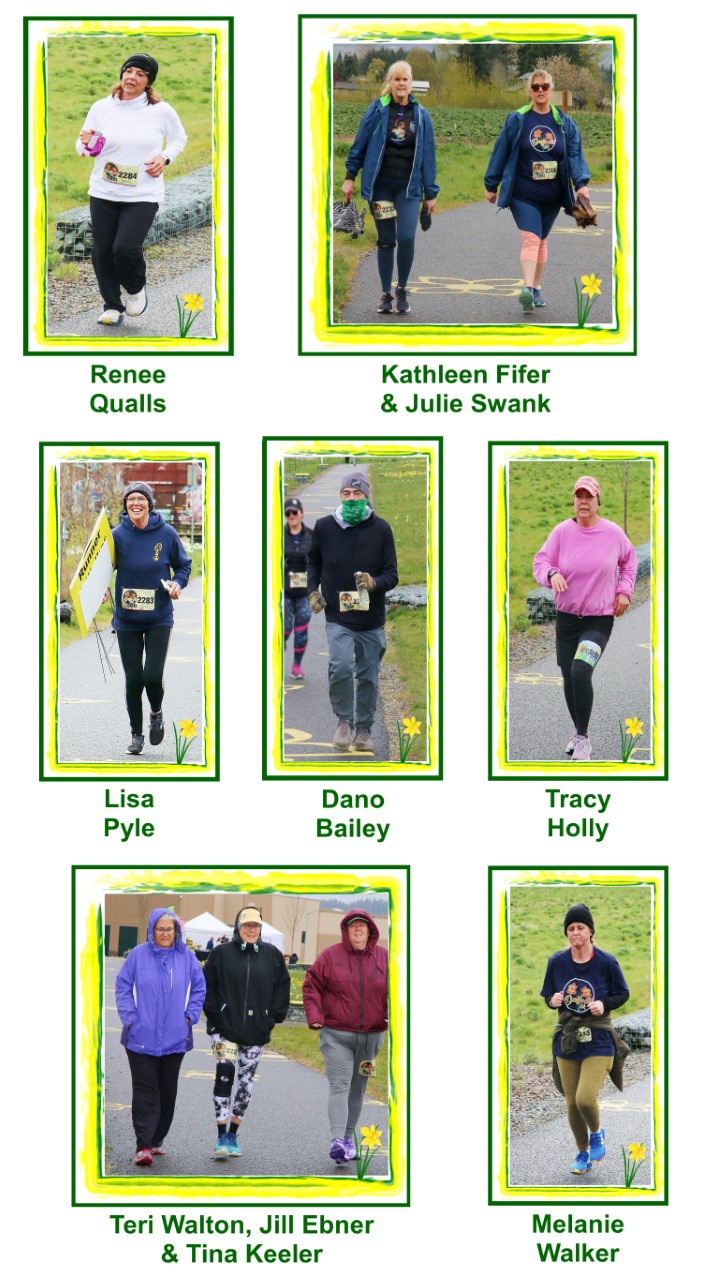 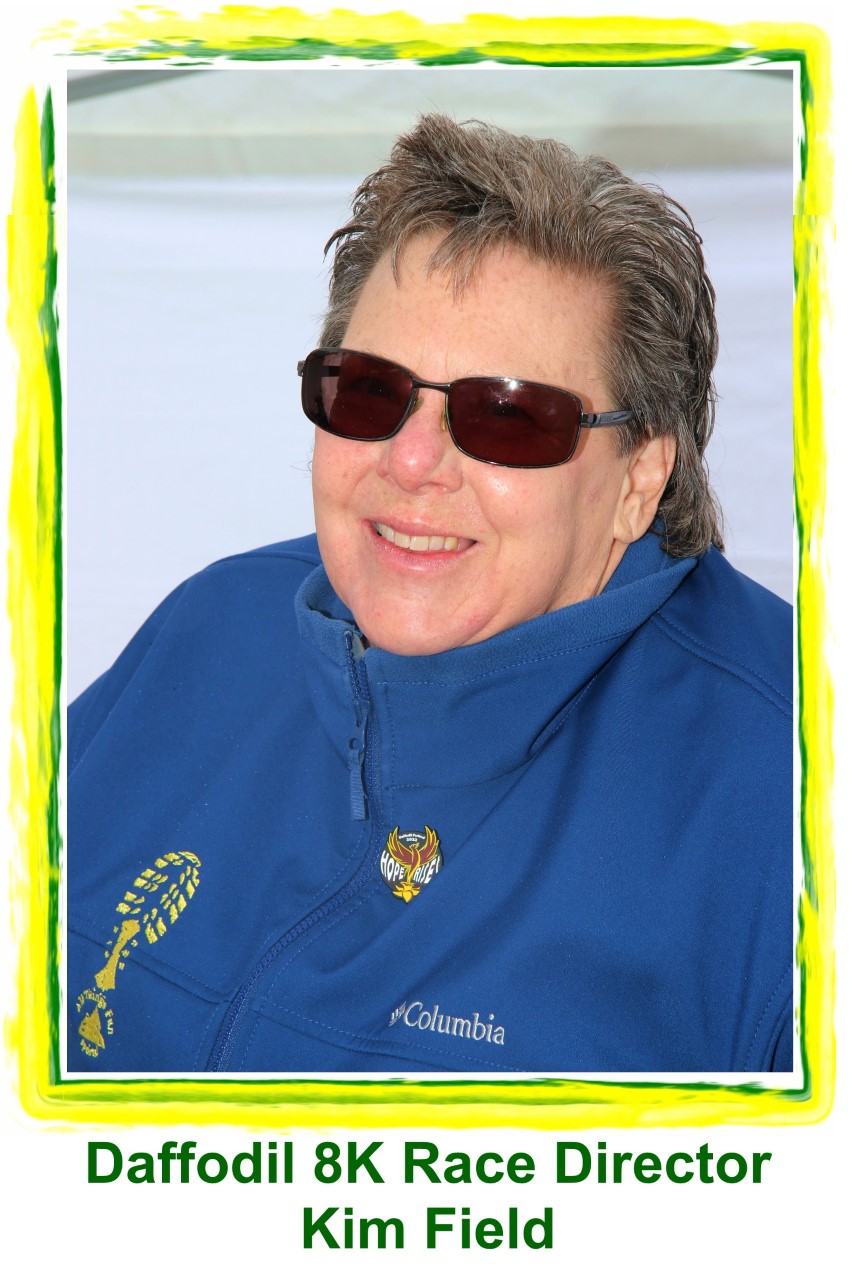 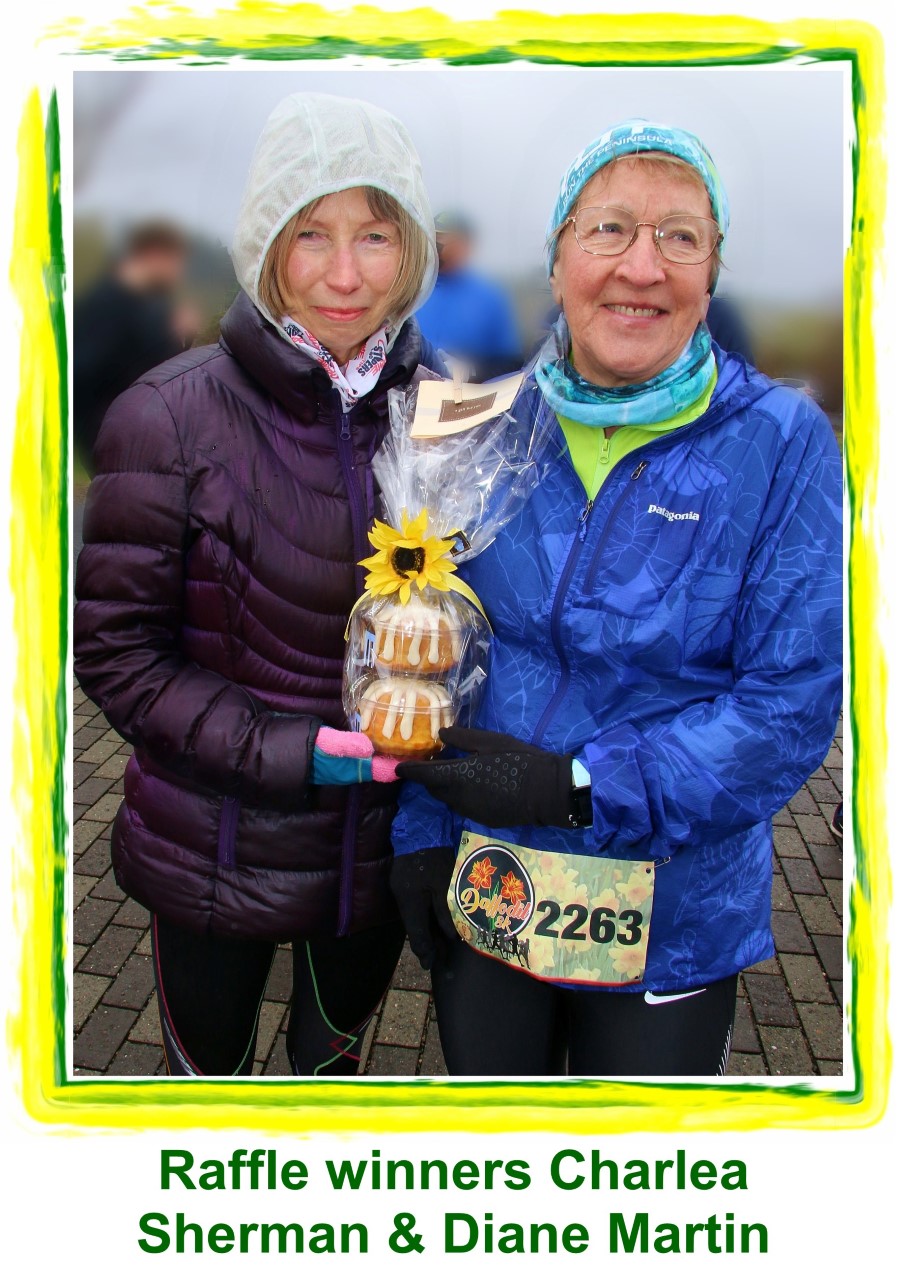