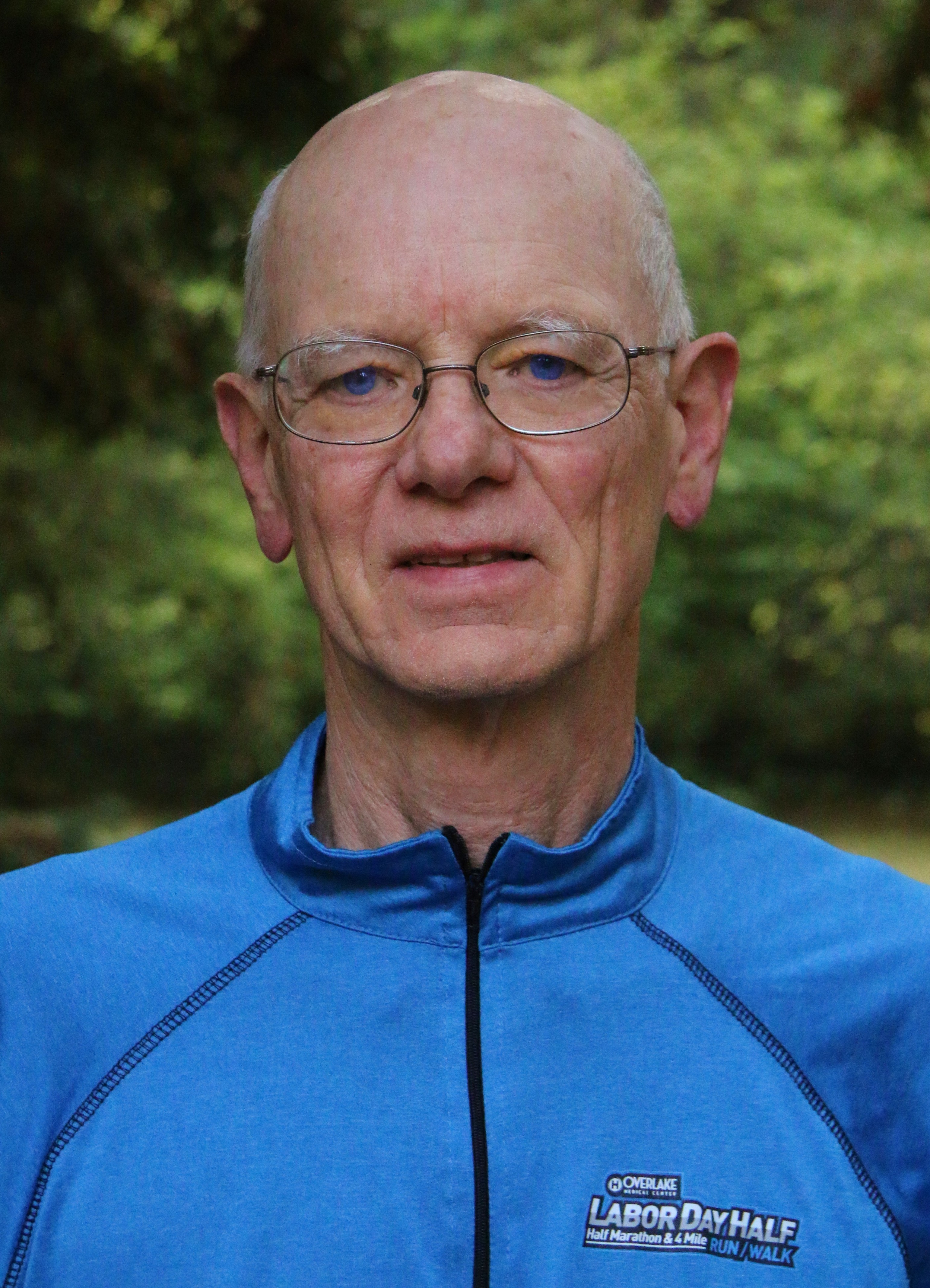 With photos by Bruce Fisher and Steve Husko

Perfect running weather: Clear skies; Sunshine and temperature in the low 50’s; No tee-shirt or medal to deal with; plus many Silver Striders that we have not seen for months. 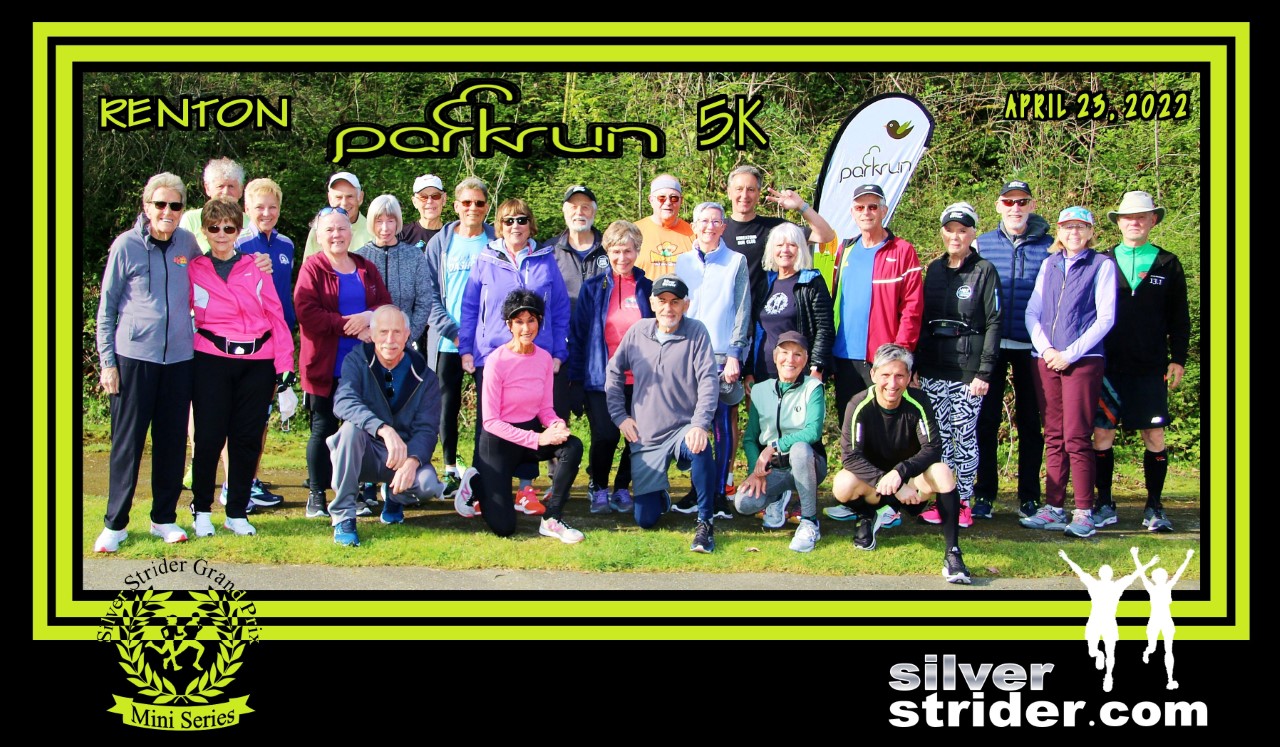 This out and back course on the Cedar River trail should be familiar to most of the Silver Striders since the current Grand Prix Mini Series has included this all volunteer event twice before today with one more scheduled.  Other than an area where a mud slide caused some damage, narrowing the pavement, the course is mostly flat and easy.  The turnaround was clearly marked with a decoratively designed half circle and a smiling volunteer.  Okay, so Ray tells me there is a hill.

At the start/finish line, the race director explained the system used at all parkrun’s and acknowledged first timers and out of town runners.  Mention was made of a large group of bike riders that might be on the trail and asked that everyone please be aware and stay to the right.  I had noticed them gathering at a parking lot nearby but did not see them during my run.

Similar to the March Des Moines Parkrun the Silver Striders dominated, and especially the M65-69 age group.  A total of 46 runners participated. 37 of those runners were Silver Striders (over 50).

From the discussion at the finish line, it sounded as if the ‘ever youthful’ Dennis Zaborac (M70 -74) and ‘just hitting his stride’ Ed Heckard (M75-79) enjoyed a friendly battle for a 6th place finish.

Ray Arrington volunteered to be time keeper instead of running.

Many thanks to these volunteers. Parkrun’s would not happen without them.

Jerry’s notes: We had six more series finishers at Renton. That brings our total to 21 with 5 races left. The certified course was flat and fast. National class times were posted by Judy Fisher (82.39%) and Denis Villeneuve (82.30%). 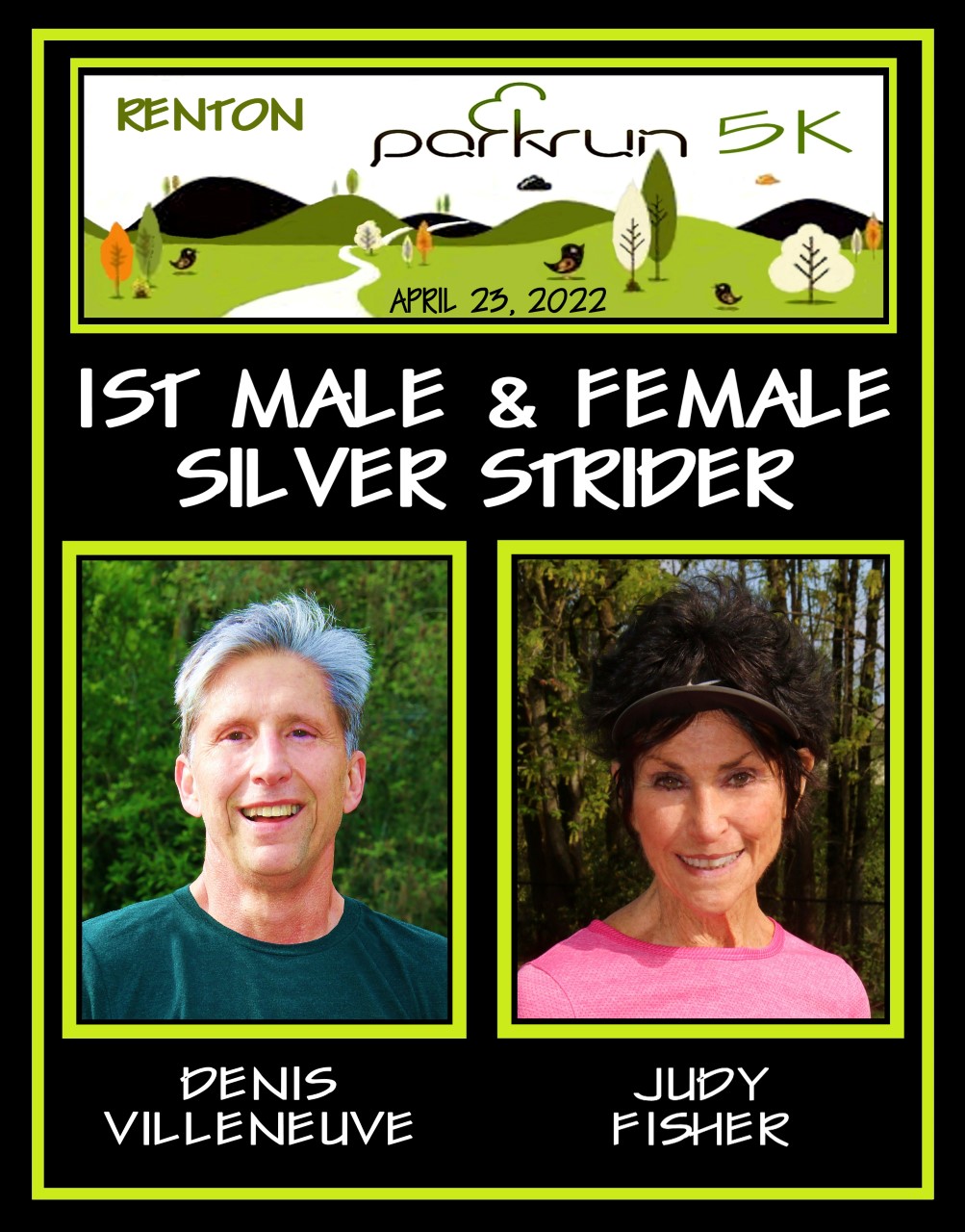 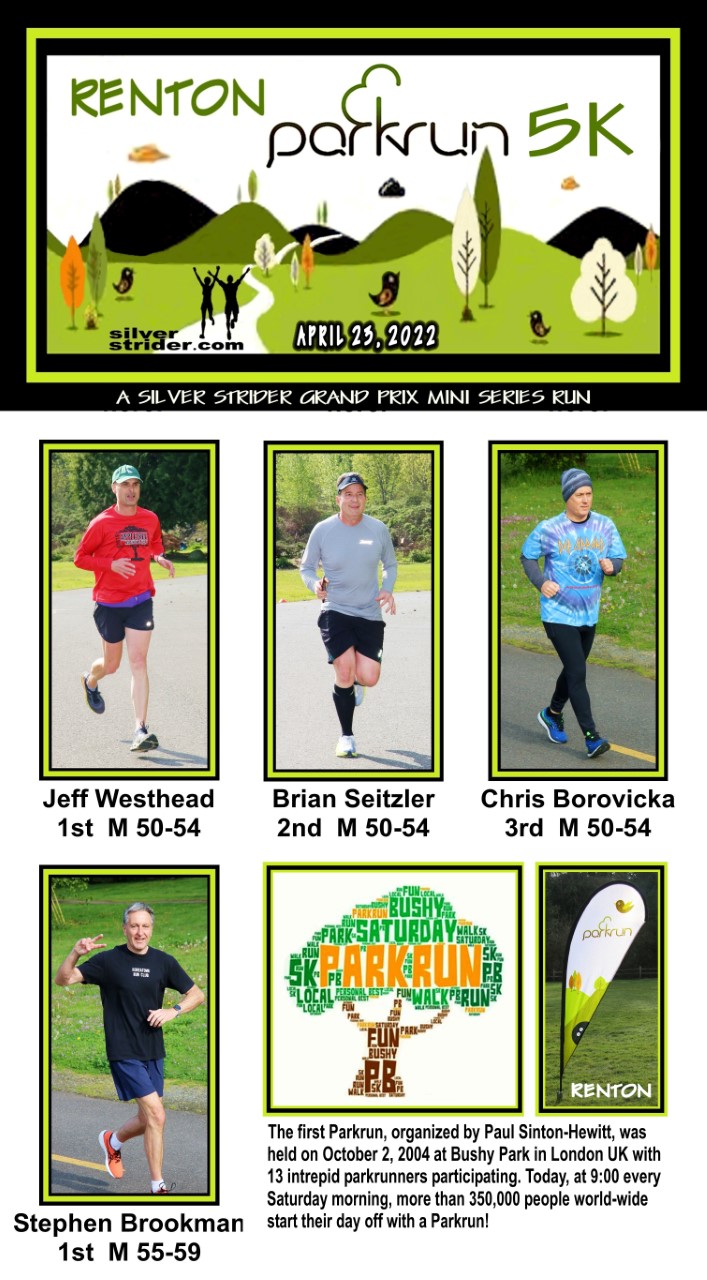 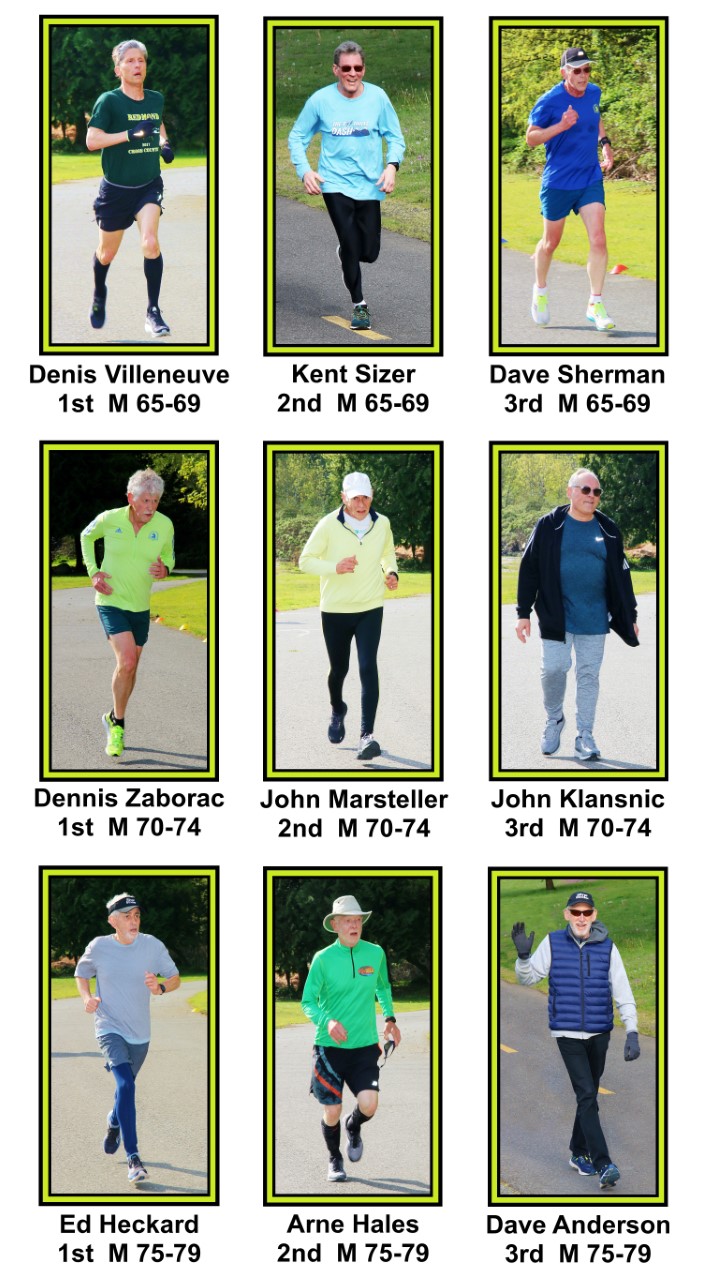 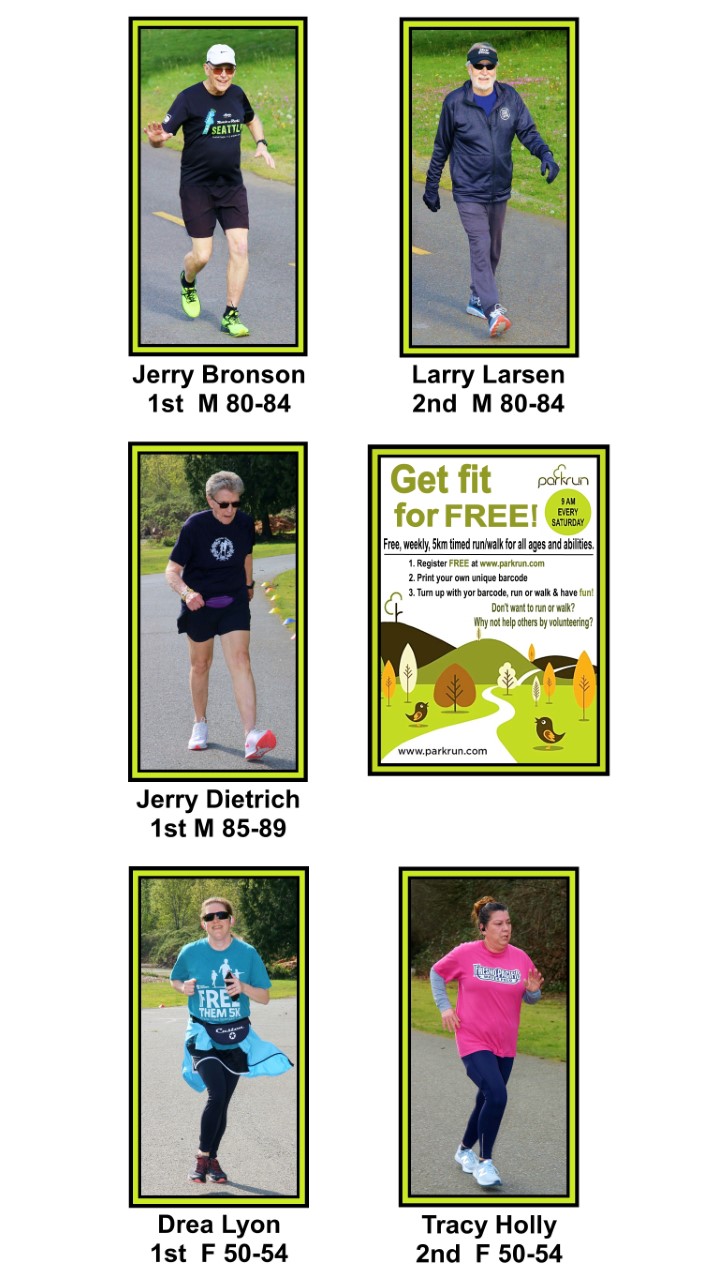 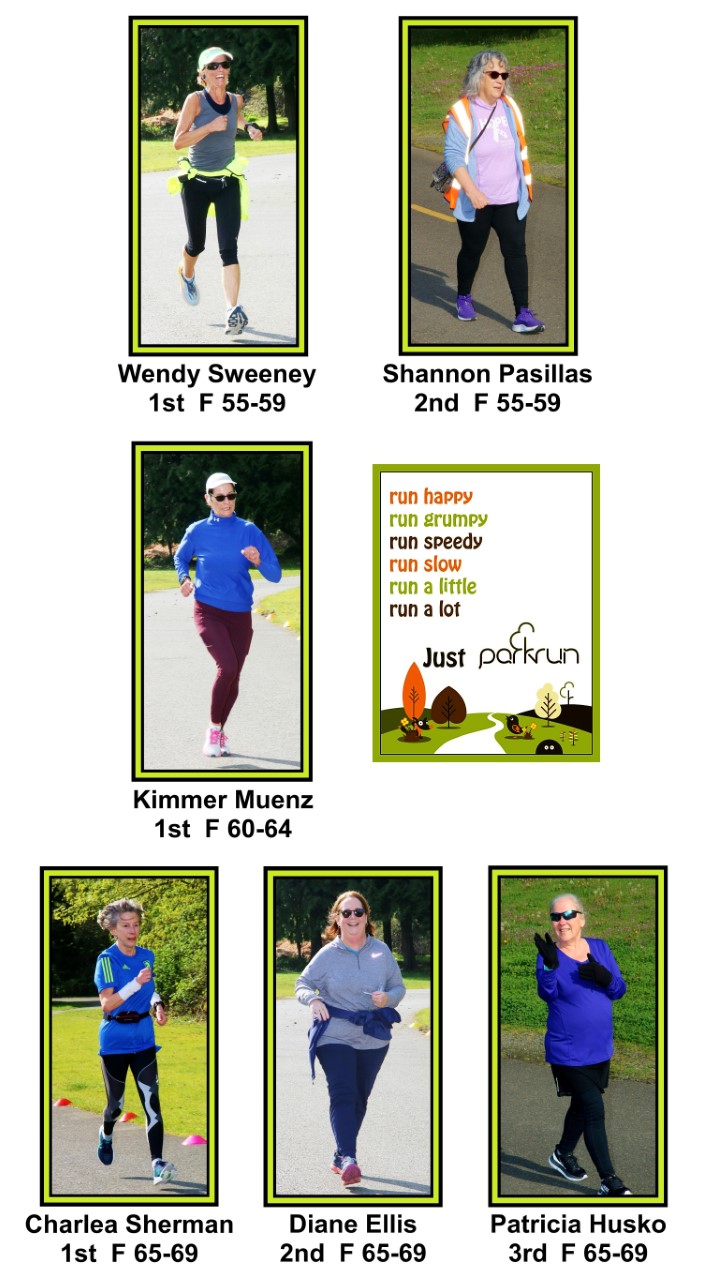 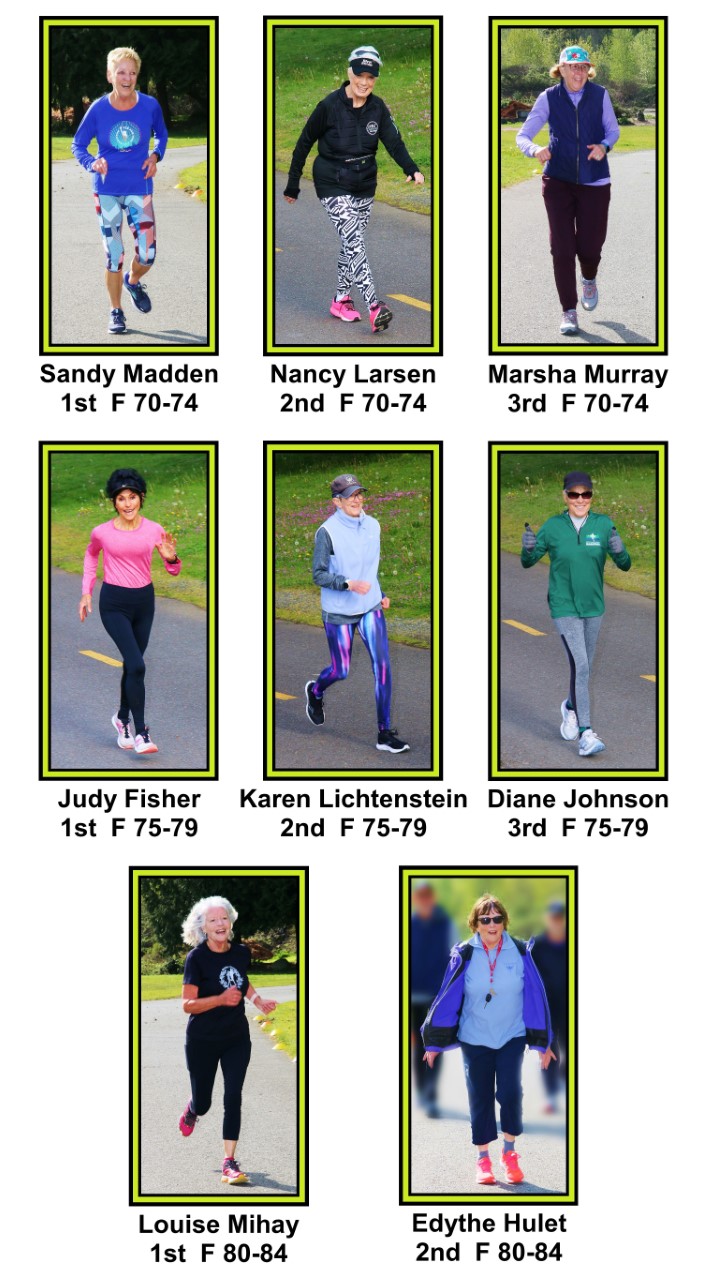 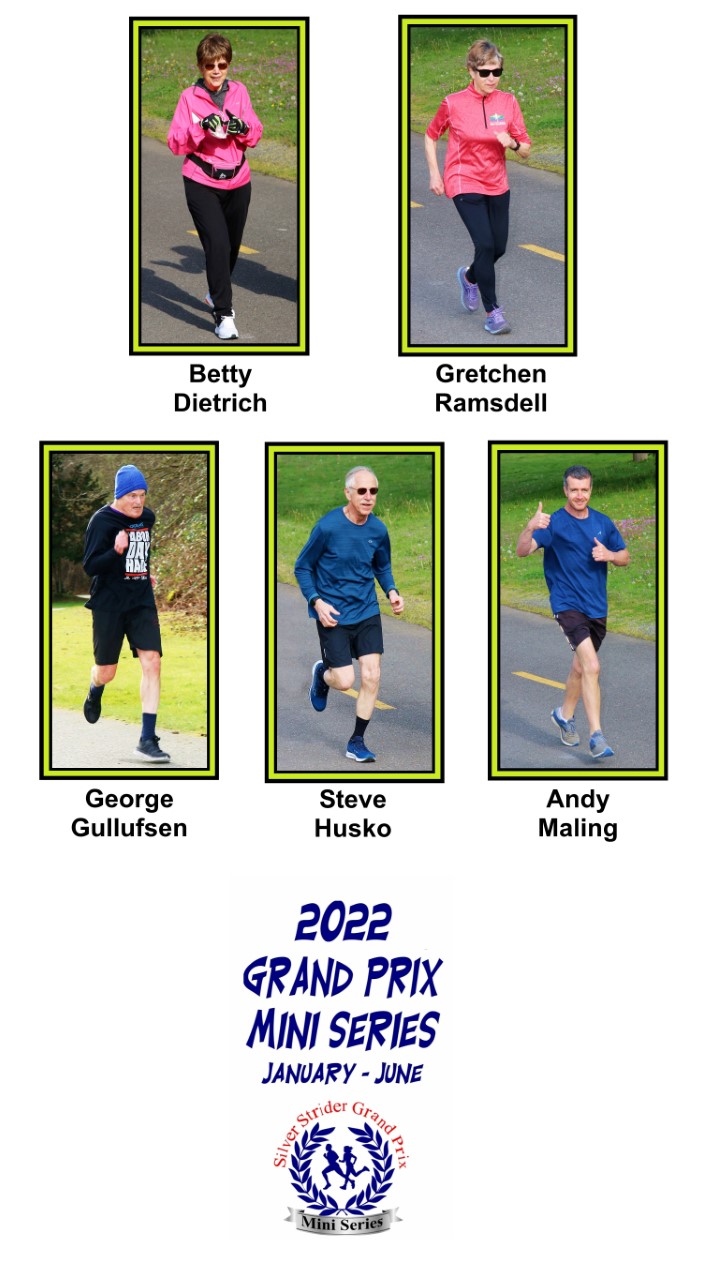 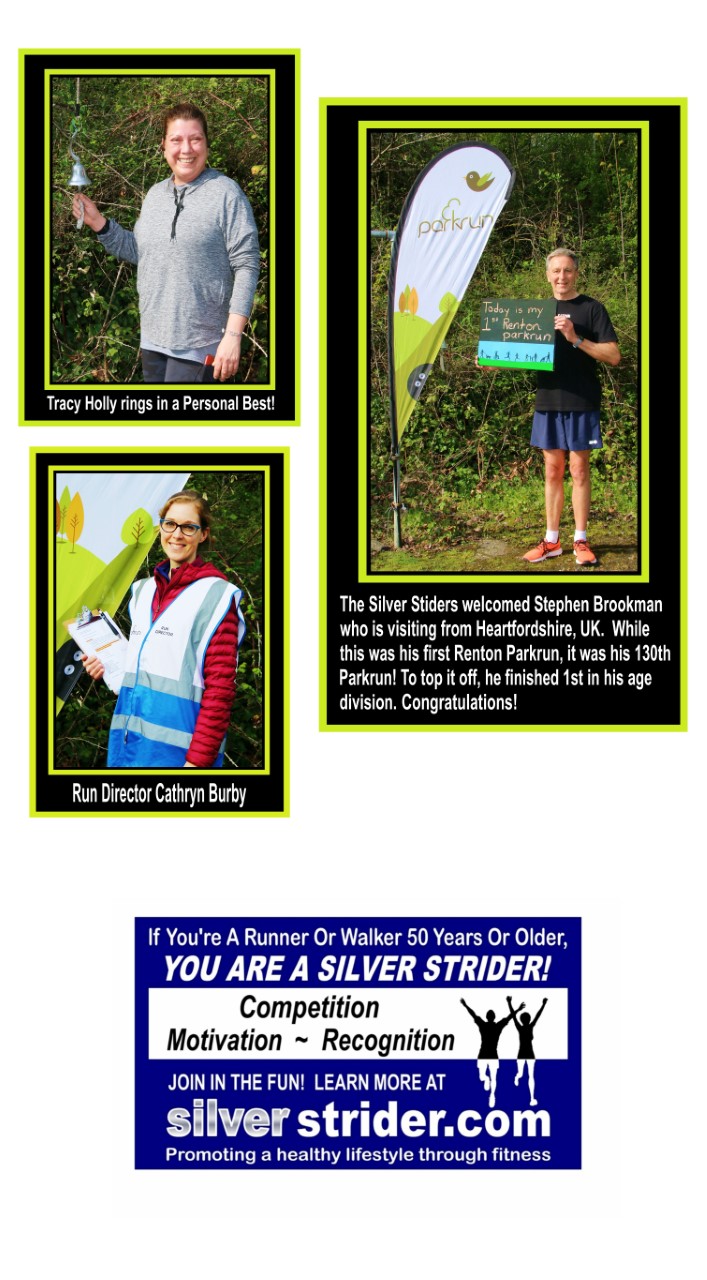