THE SUMMER’S END THAT ALMOST WASN’T

Too hot, too smoky, and too much resistance band meant no training for weeks before race day. I saw no point in doing a slow painful 5k with no Grand Prix points or Grand Prix friends. How fun is that?

I don’t train in temperatures higher than the mid-70s; I can’t tolerate the heat anymore. Average recorded temperature for the first ten days of September was 80 degrees.

Then came the heavy smoke making my eyes sting and lungs ache. September 16th headlines read “This is the worst air the Tacoma-Seattle area has ever seen, and noticeable improvement is days away. An Air Quality Alert remains in effect through Thursday”.

Idle days became weeks, my blood pressure rose, junk food became my panache, computer games kept me up to the wee hours, and my morning seldom began before noon. I don’t do well without my “outside” time.

Foolishly I took out my frustration during an online workout session by using a resistance band that was much too “resistant” for my arthritic knees. Heeding the advice of professional trainers has never been my strong point. Only after hearing the “pop” and feeling the pain did I think “maybe he knows his stuff”. 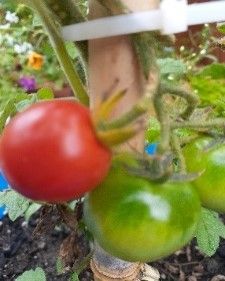 Saturday the 19th the skies were clear and the temperature mild. More important I could make it upstairs to my bedroom without grimacing or muttering to myself. I decided to walk the three blocks to my community garden plot to see if any tomatoes were ripe.

It felt so good to be outside, able to breathe, and walk almost pain free. I decided to walk a little more. I turned on my Garmin and set out wearing my favorite sweatshirt, jeans, five year old Saucony’s, and no water. 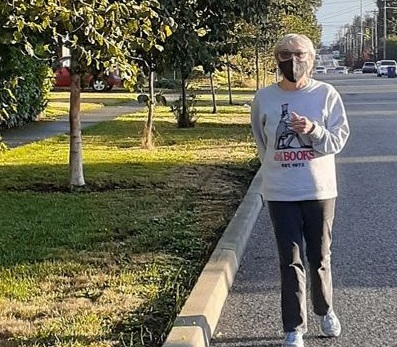 In my low traffic neighborhood I walk in the street. Sidewalks hurt my knees.

I walked five more blocks through Lincoln Park. Not quite as nice as Wright Park or have as many facilities. But a nice place to read a book, walk your dog, and sit under trees that must be over hundred years old.

I was feeling good and decided to see just how far I could go.

A few more blocks and I passed Lincoln High School which opened in September 1914. Designed by architects Frederick Heath and George Gove, inspired by Eton, it was built primarily in Collegiate Gothic style. Carved in Wilkerson sandstone above the doorways were inspirational words such as courage, reverence, grace, and “Labor Omnia Vincit” (Labor conquers all things). Which could be a distance runner’s mantra. 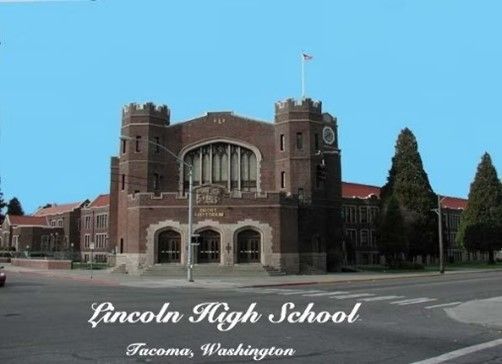 In the 1920s, the high school stadium was used for Tacoma City League baseball. Elvis Presley performed at the Lincoln Bowl in 1957. Alumni include Frank Stojack, football player, pro wrestler, politician, and County Sheriff, Victoria Woodlands, mayor of Tacoma, and our own distinguished alumni Jerry Dietrich and Larry Larsen.

Sooner than I expected my Garmin beeped 3.1! Hot, tired, and filled with smug self-satisfaction I headed home.

Jerry’s notes:  We have five more 2020 Grand Prix Series finishers. They are Dave Sherman, Sandy Newman, Diane Martin, Charlea Sherman and Sue Wirsch.  That brings our finishers total for the year to 27 and it’s only September. Silver Striders are awesome! Congratulations!