Santa Runs Tacoma Regardless of the Weather 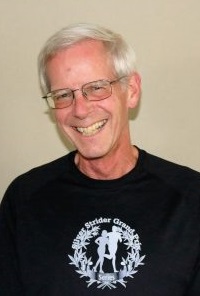 Charlea and I last ran this 5k race seven years ago, so it was almost a new event for us.

The Santa Runs Tacoma course starts in Tacoma on A Street, then almost immediately turns onto the the Murray Morgan Bridge. The bridge offers a nice downhill grade over the Foss Waterway, at which point the course flattens and makes its way around the end of the Waterway.

The last time we ran it, the course continued on Dock Street to finish by the Foss Waterway Seaport Museum. Now it leaves Dock Street for a scenic trip down the Esplanade, eventually returning to Dock Street.

The start and finish are about a half mile apart, making for a nice walk either before or after the race. It would make for a pleasant event on a nice day.

There was only one problem. On race morning, we awoke to a vigorous storm, with lots of cold wind and rain. It was the kind of morning where it’s nice to just sit inside by the fire with a cup of coffee and the paper and watch the weather rage. We hesitated as we looked out the window, but hey, we’re signed up so we gotta go.

So, we drove into town and were pleased to find a parking spot just a block from the start. We stayed in the car for as long as we could, then put on garbage bags and headed over to the start.

There were surprisingly few people out in the street, a mystery soon solved when we saw runners huddled in doorways and anywhere else they could get out of the weather. We joined a clump of runners in a parking garage driveway and huddled together for warmth, as our garbage bags provided dryness but not comfort.

The race director announced the start was in five minutes, so we all stepped out in the street and lined up. The race started right on time, something I’ve always appreciated, especially on days like today.

We charged down the Murray Morgan Bridge, took a right turn, and immediately had to decide if we wanted to run right through a giant puddle or go around. I sort of did both. As we turned, we were facing straight into the wind and rain. It was a bit of a slog until we rounded the end of the Foss Waterway and got the wind behind us.

Running on the Esplanade was nice, but the nicest part of the race was reaching the finish line. Results were fast and efficient, and there were good snacks, but it just wasn’t the sort of day where you hang around for awhile at the finish.

Charlea and I put on our coats from gear check and made the hike back up to our car, with visions of electrically heated seats dancing in our heads.

When results were published, I noted there were about 300 entrants, almost 30% of whom were over 50. Some people just never learn.