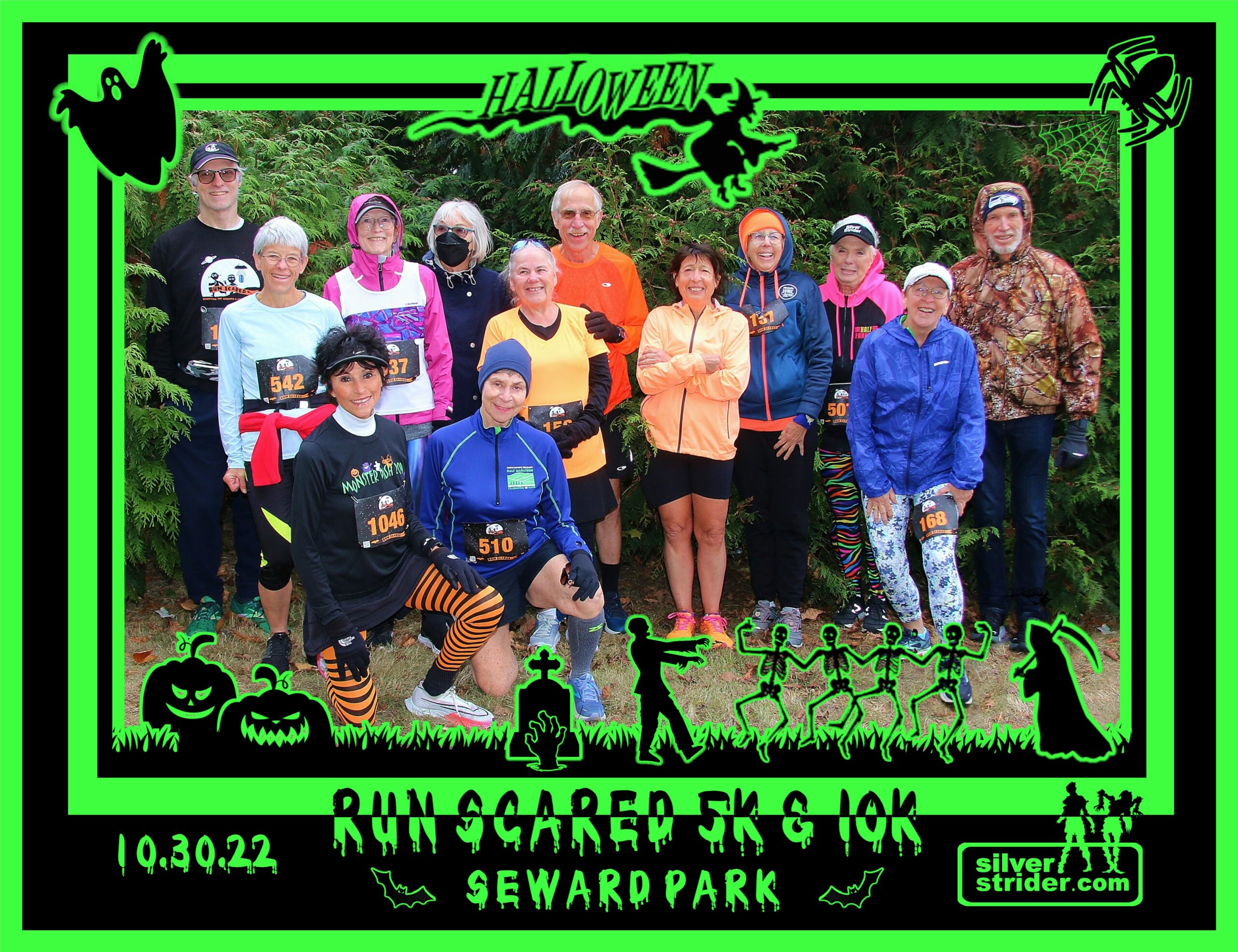 The Run Scared is one of the oldest (and scariest) races in the Silver Strider Series. It has been a favorite among our group for many years. Is it the course? I don’t think so, not with that hill.

It must be the atmosphere. A festive mood prevails. It’s always fun to see the runners in costume.

Betty and I always liked the post-race get together at the BluWater Bistro. One of our favorites.

The weather is always a little iffy this time of year, but the Silver Strider turnout is usually good. This year there were 567 finishers in all three races. 145 (26%) were Silver Striders.

This was Diane Martin’s 5th series race. She joined our group of series finishers.

Judy Fisher is only 3 races away from winning the cup. She is the only runner who can finish with 15 races. Steve Husko, Karl Johnson and Judy were the only series players to tackle the 10k. The course wasn’t as popular as the 5k. There were 129 finishers in the 10k compared to 393 in the 5k. 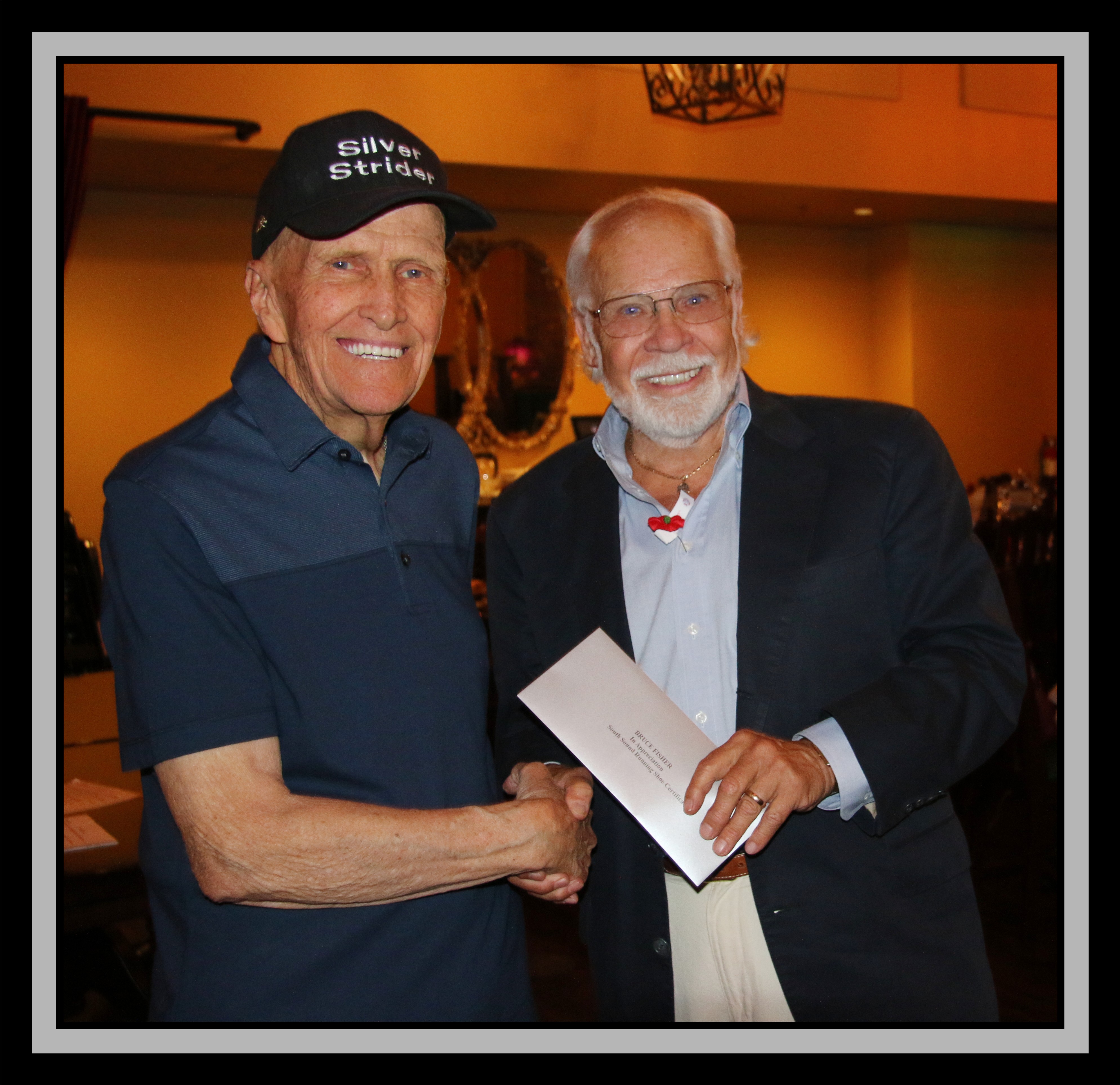 Bruce Fisher, above on the right, continues to amaze us with his photographic coverage of the Series races. His coverage for multiple distance races like this one seems impossible. Bruce takes hundreds of photos. Then he identifies each runner by name and age. He determines which distance they raced and their finish position in their age division. I don’t know how he does it week after week. 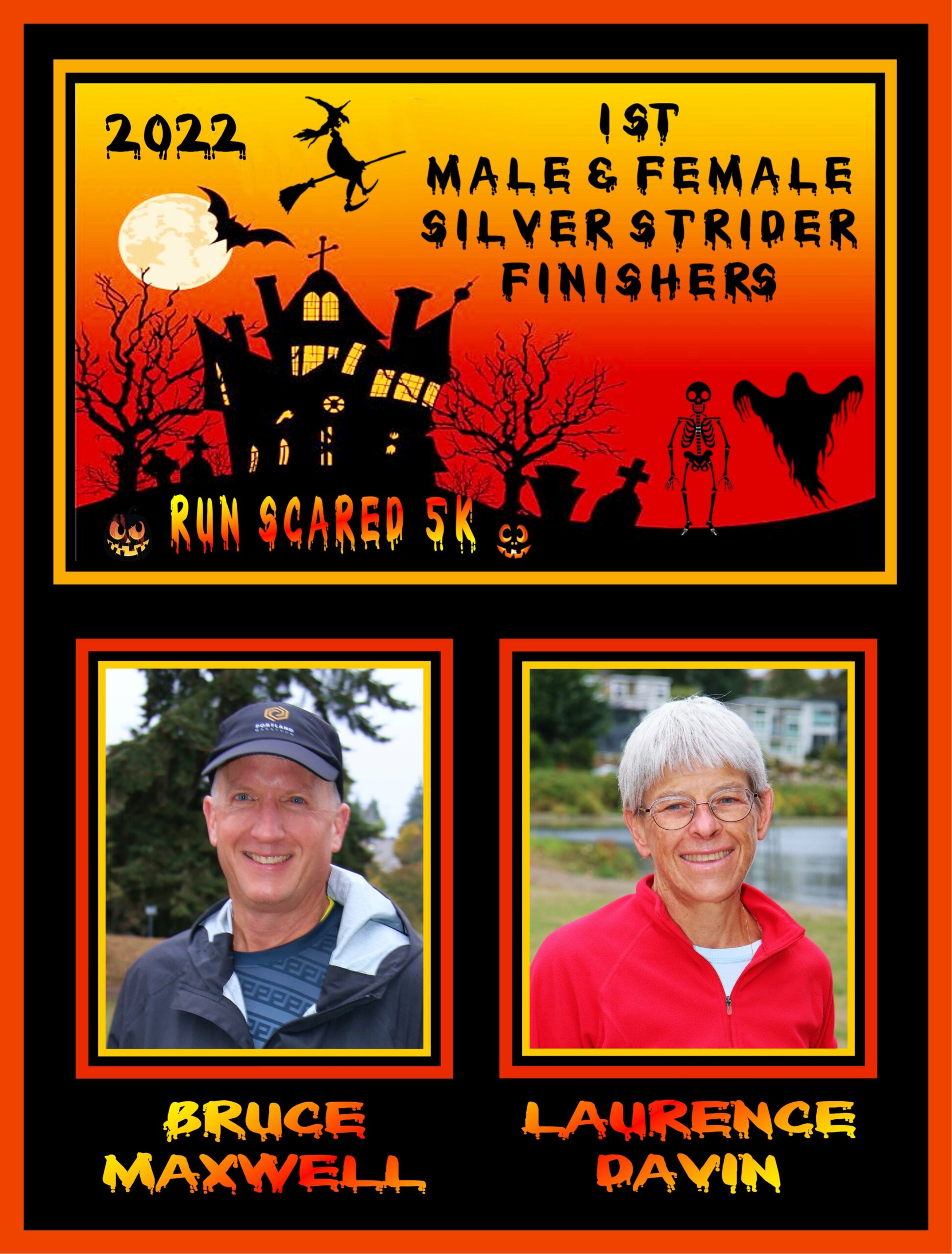 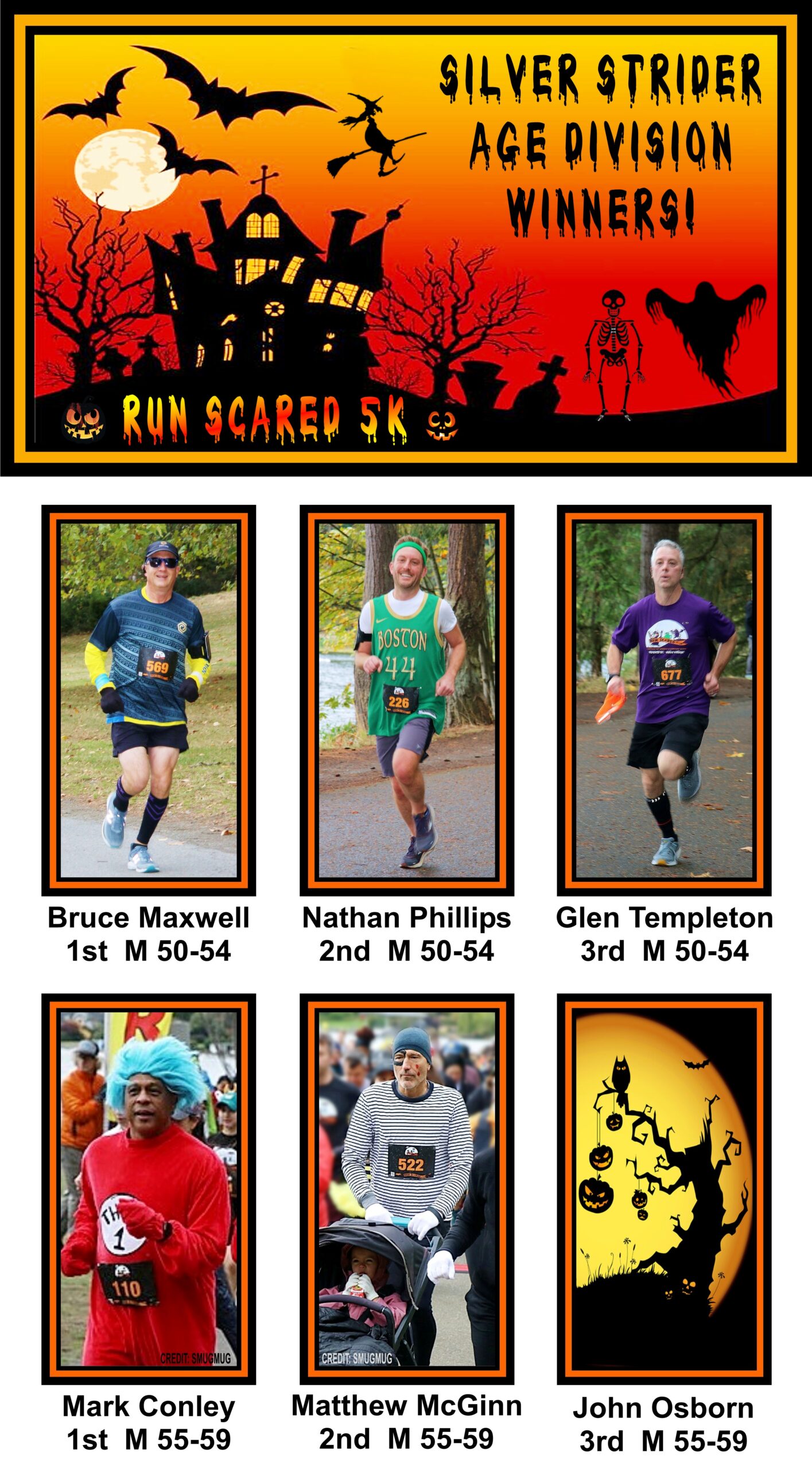 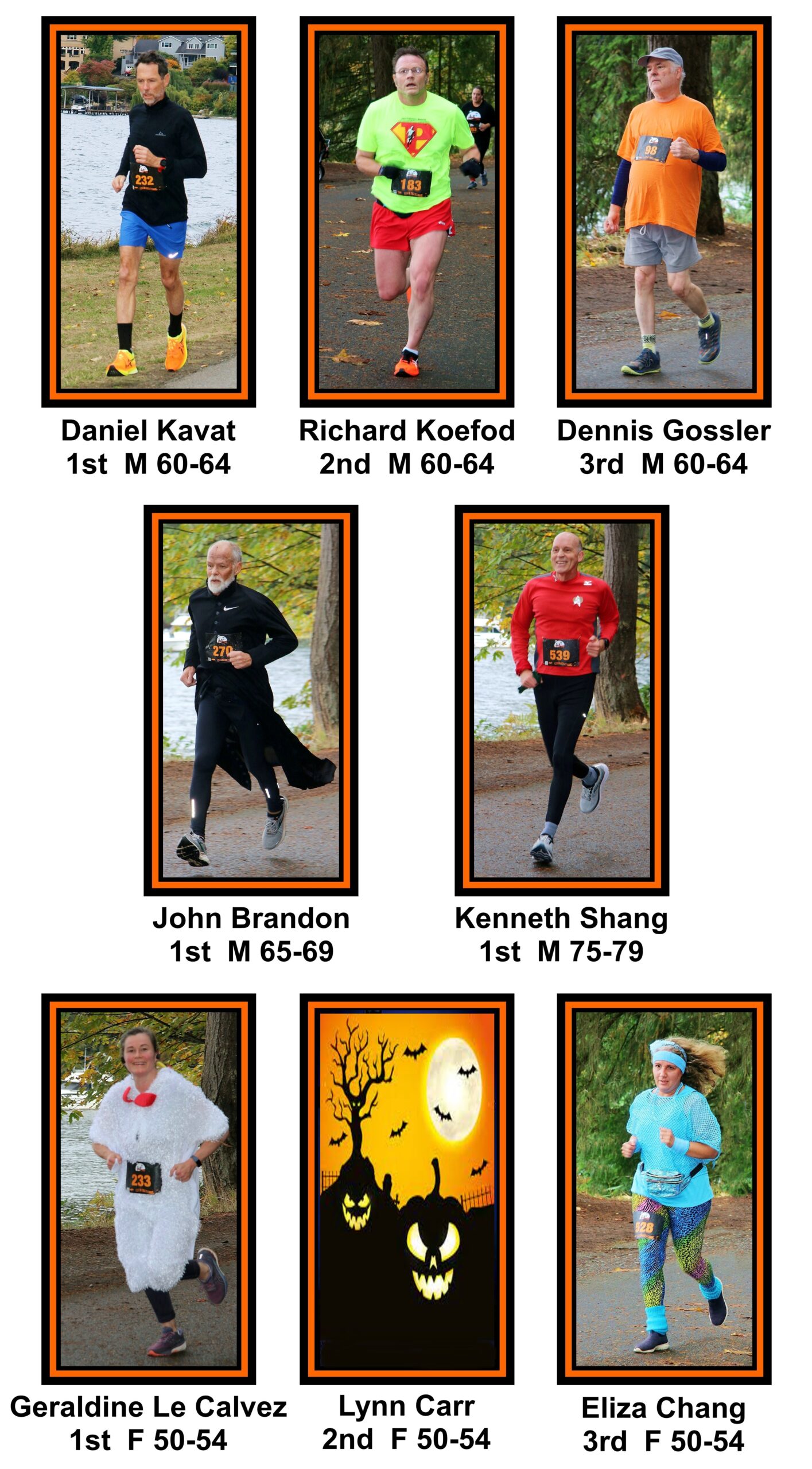 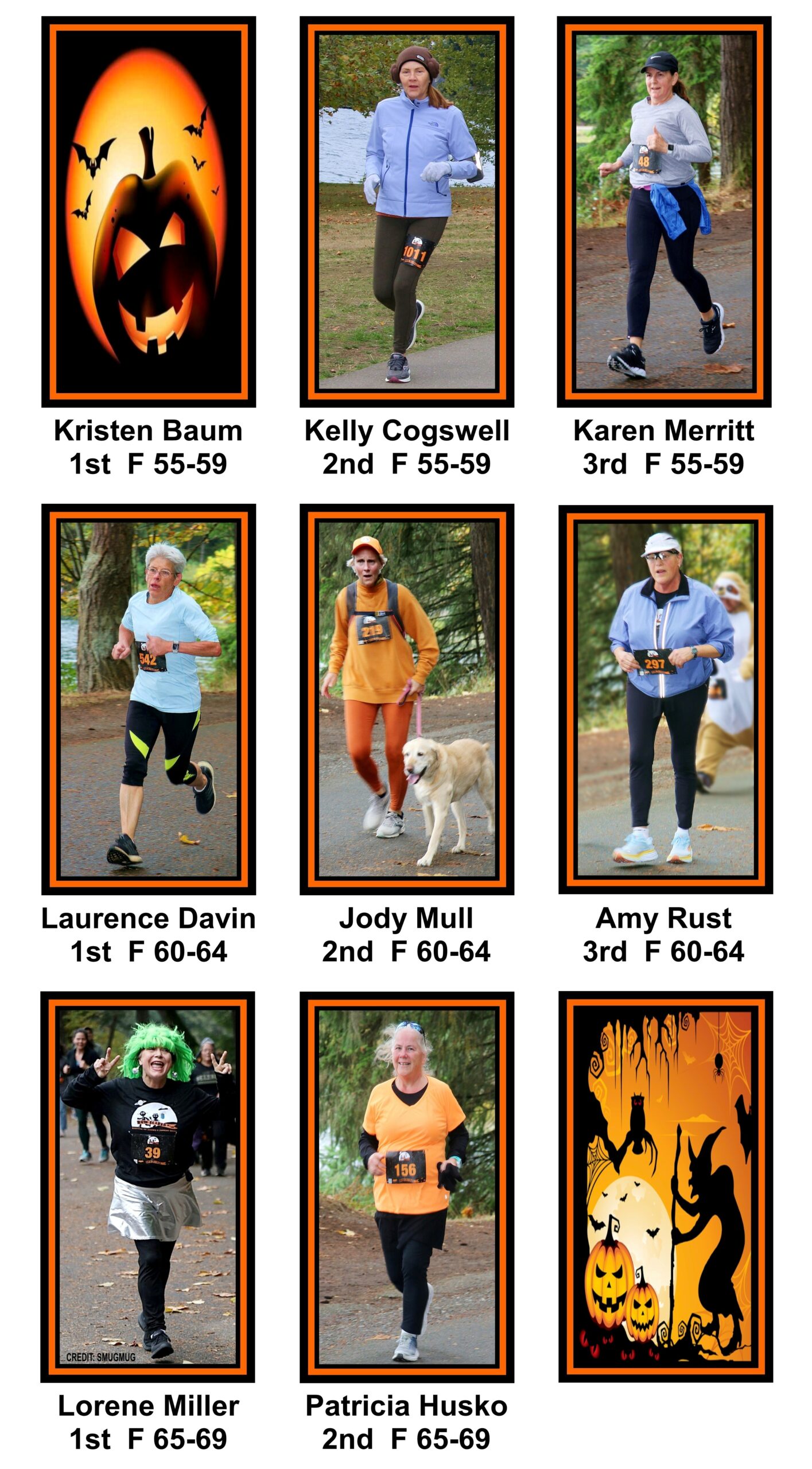 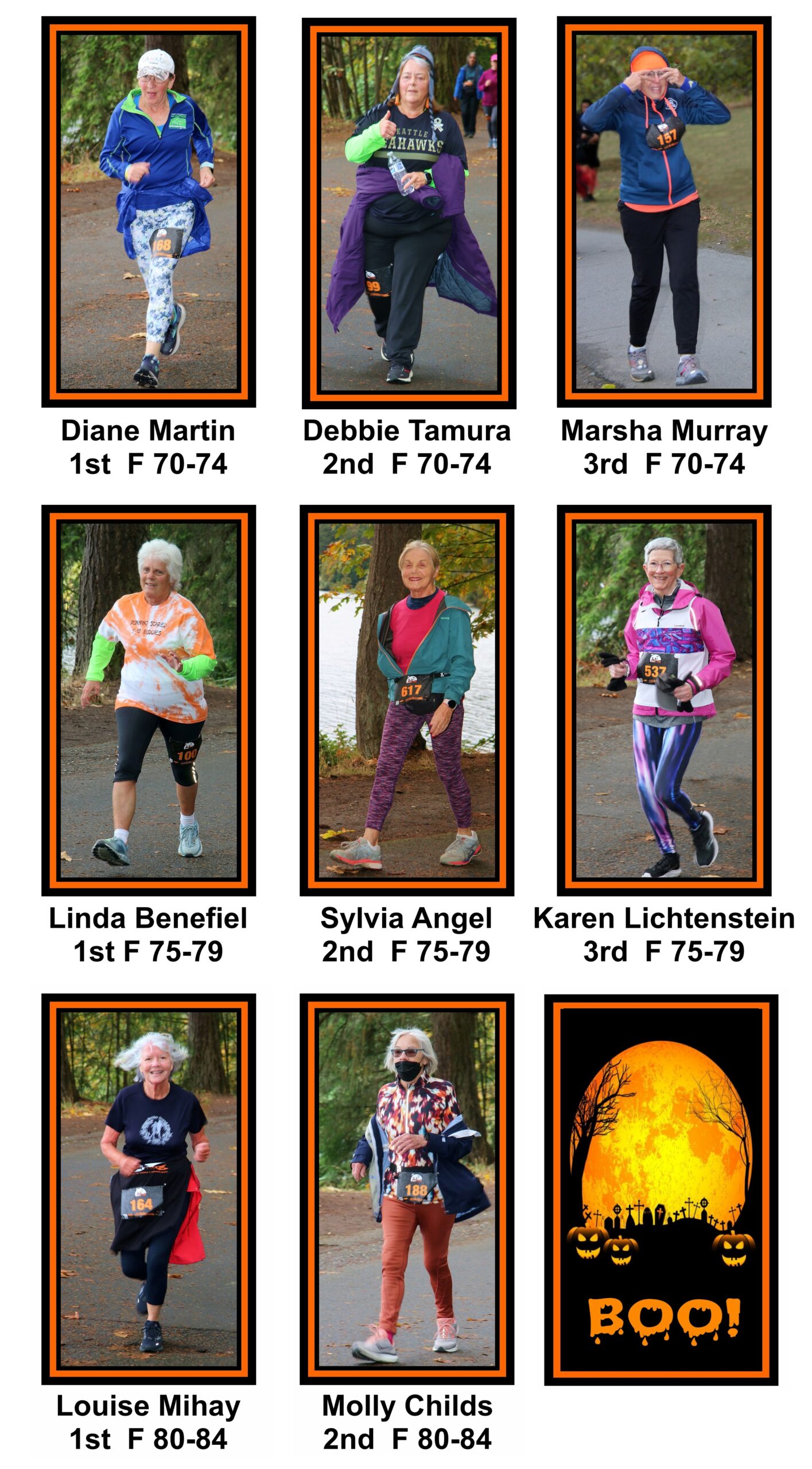 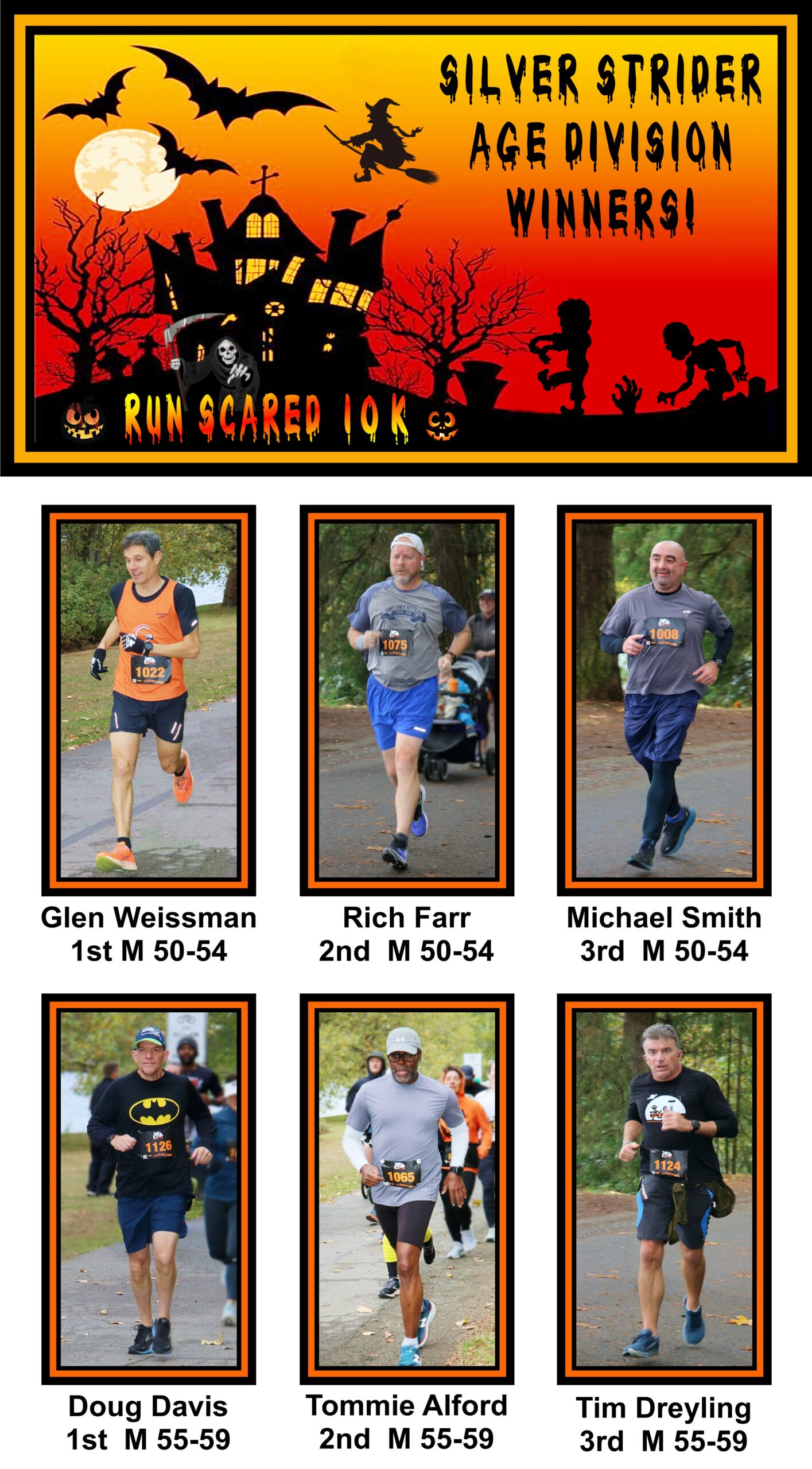 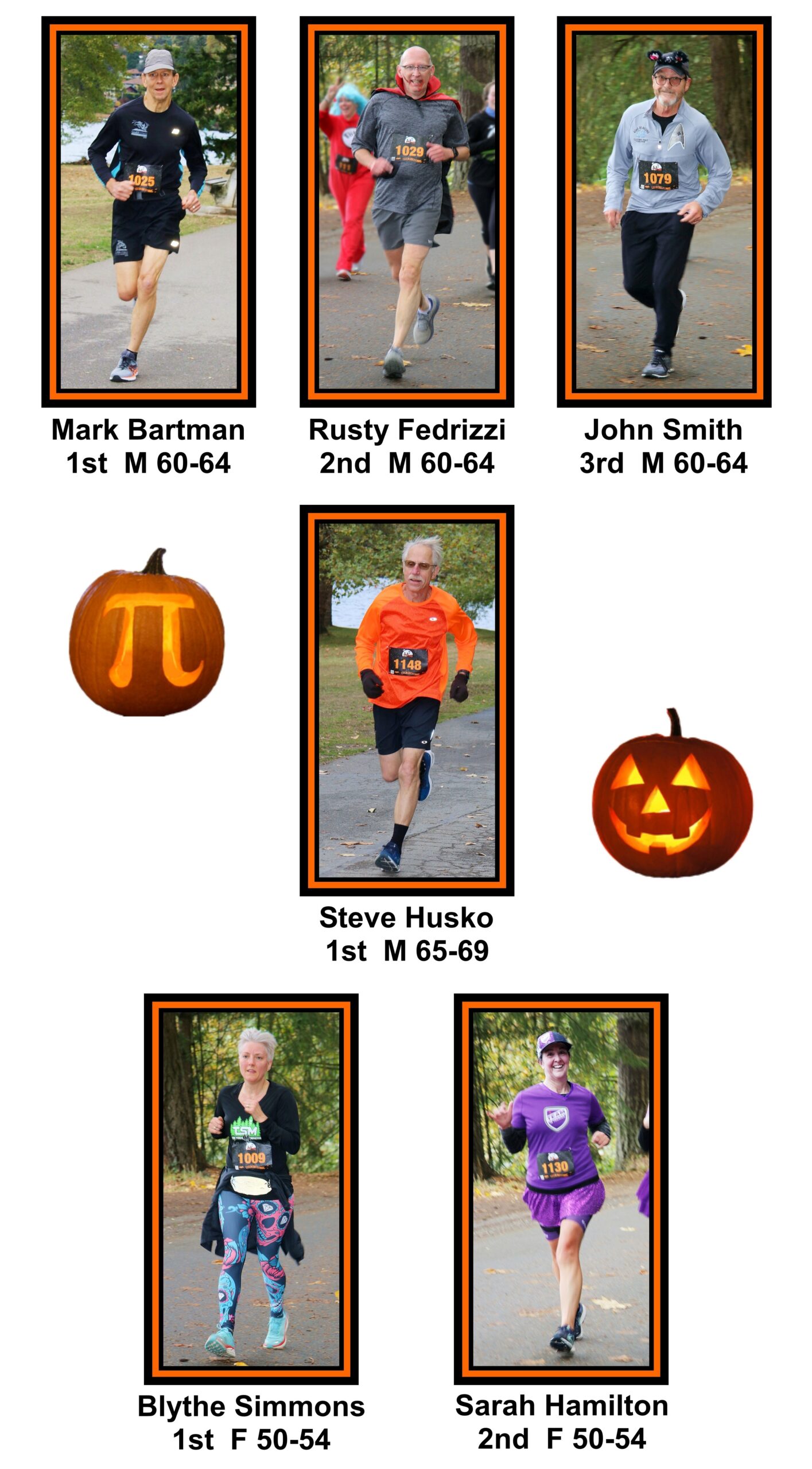 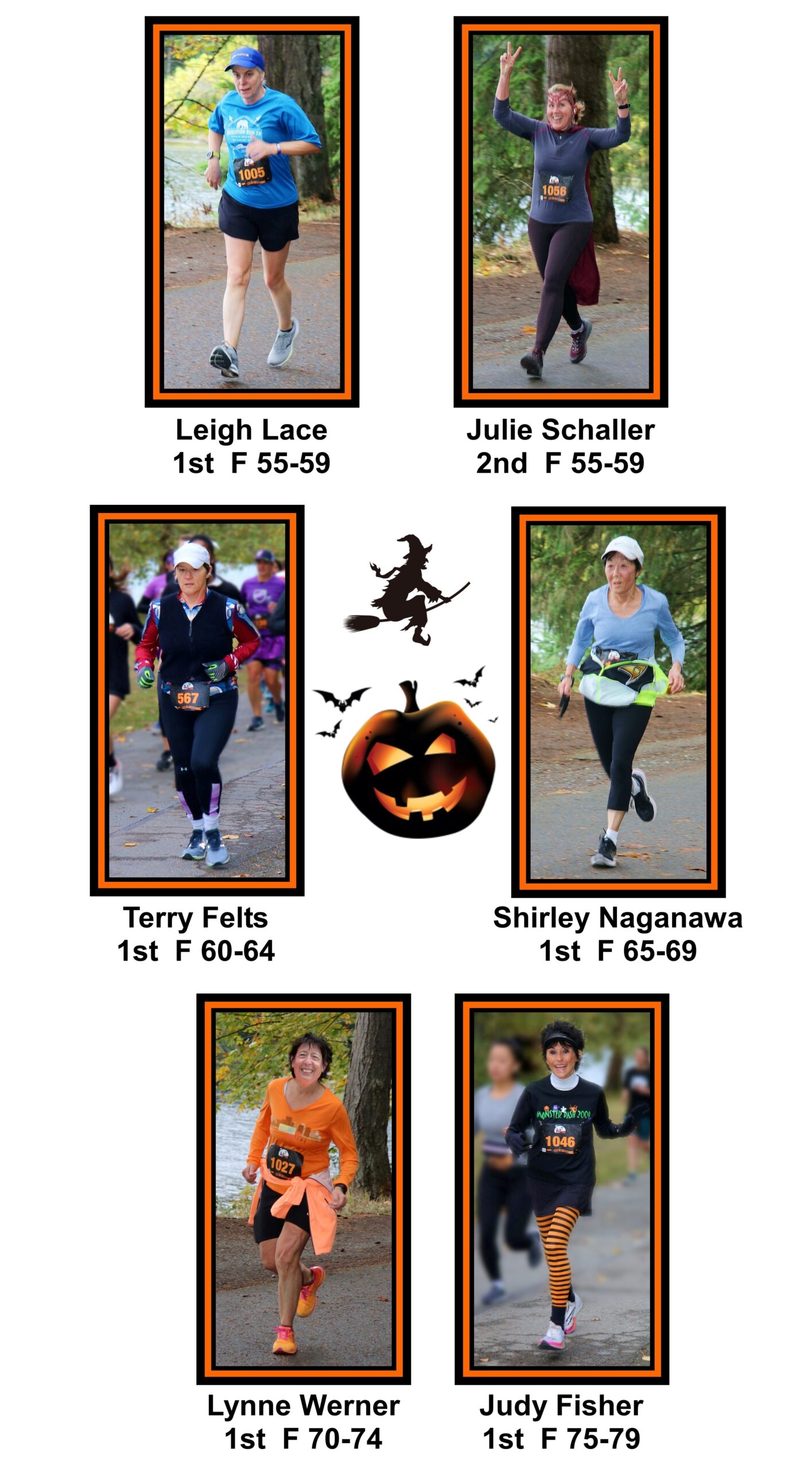 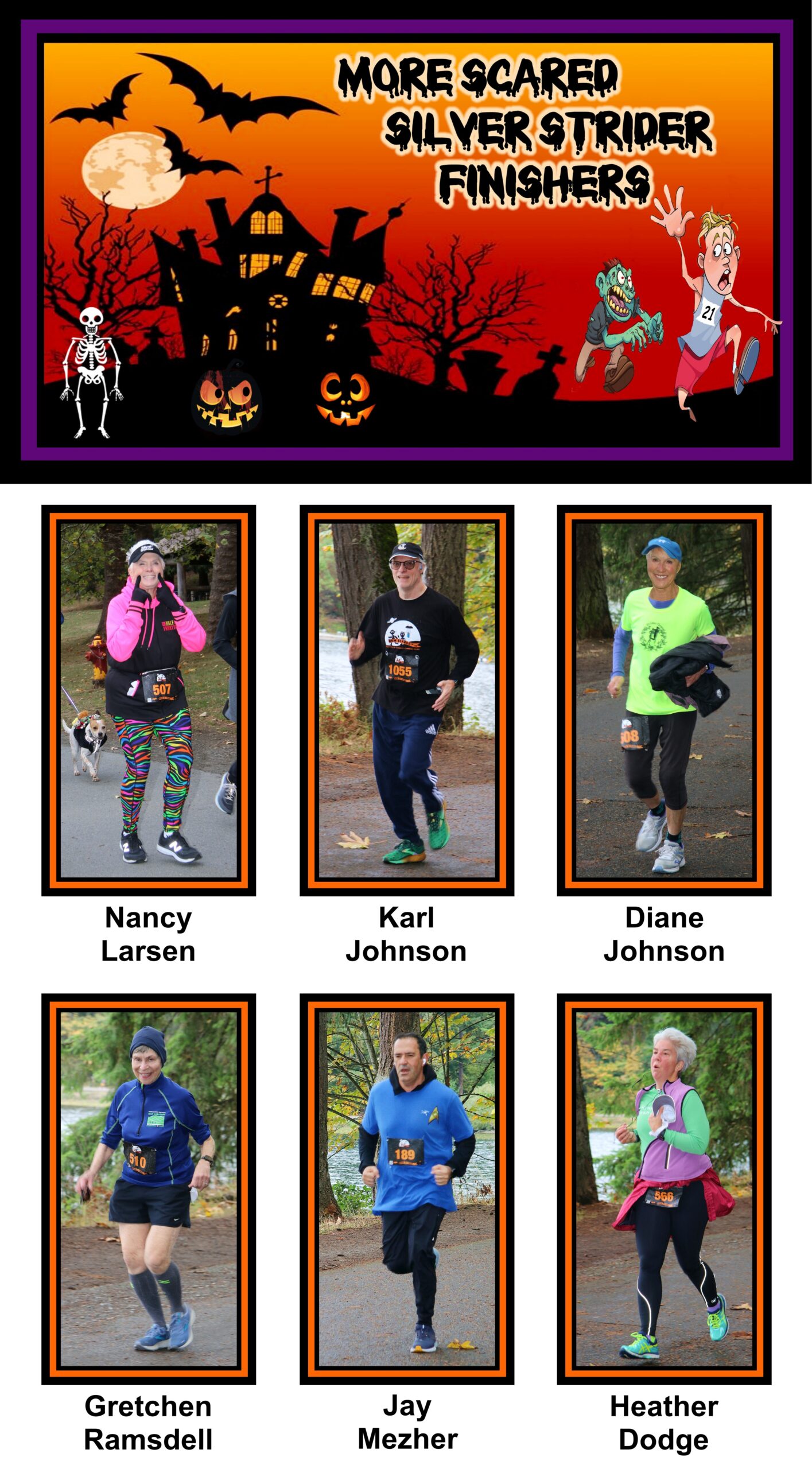 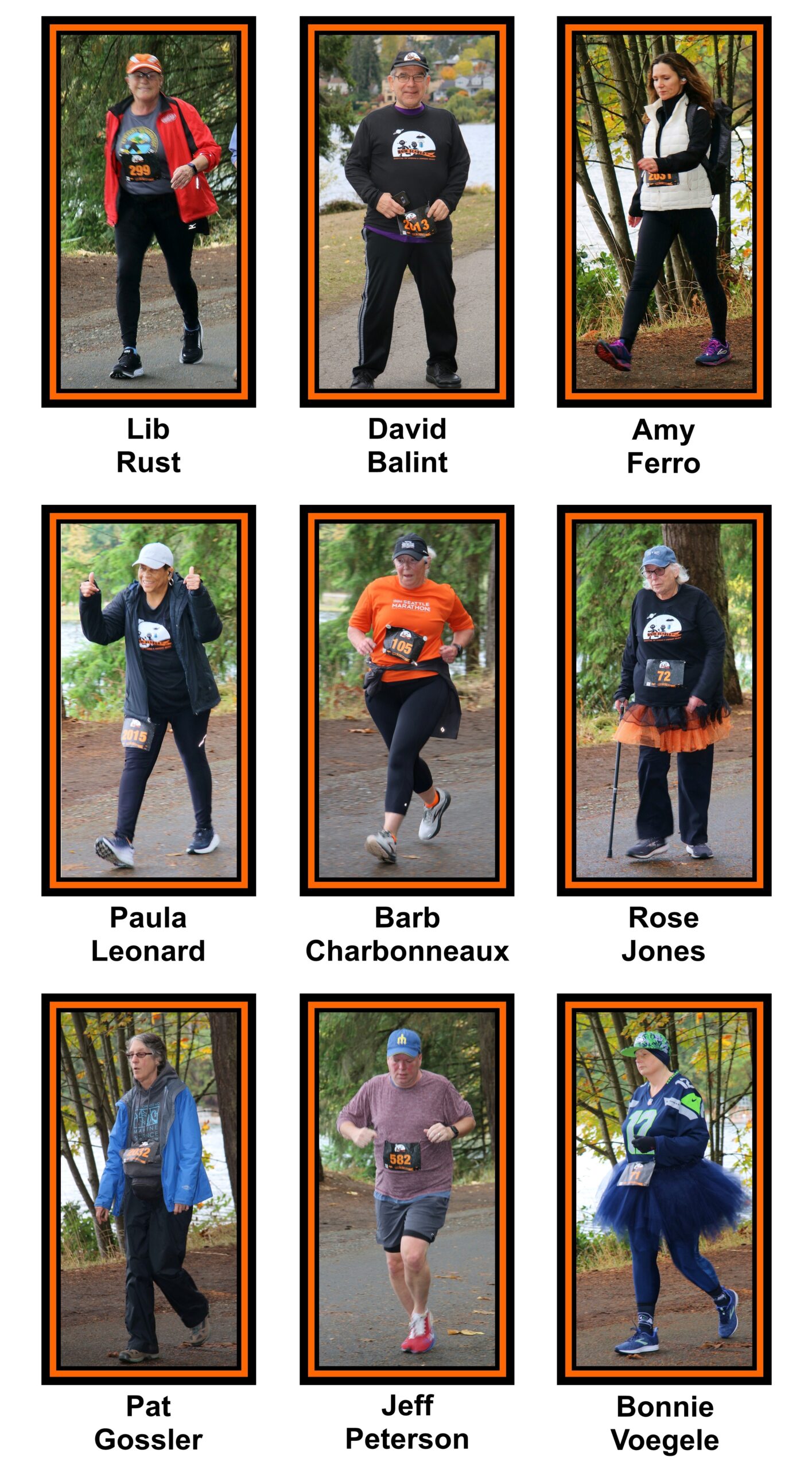 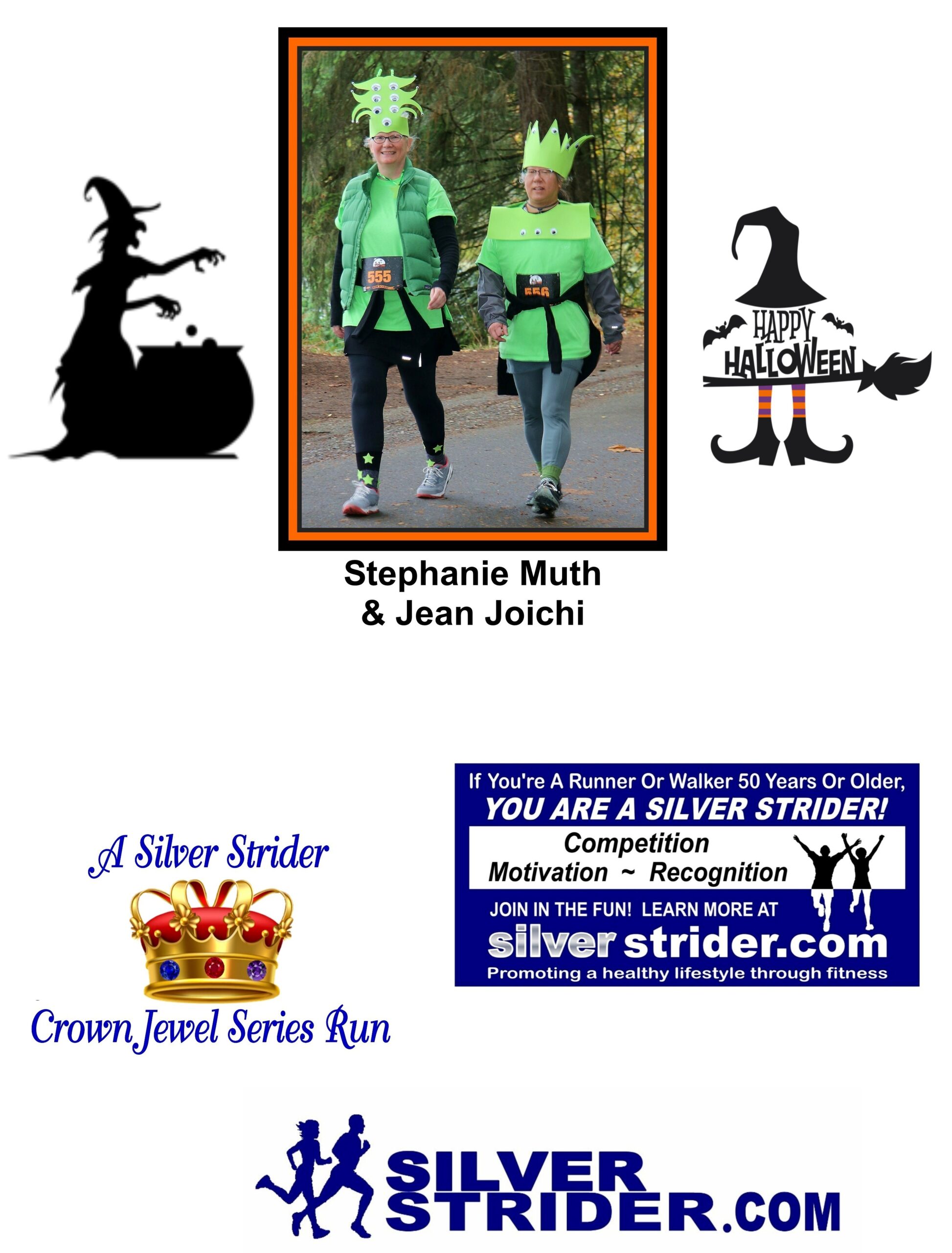 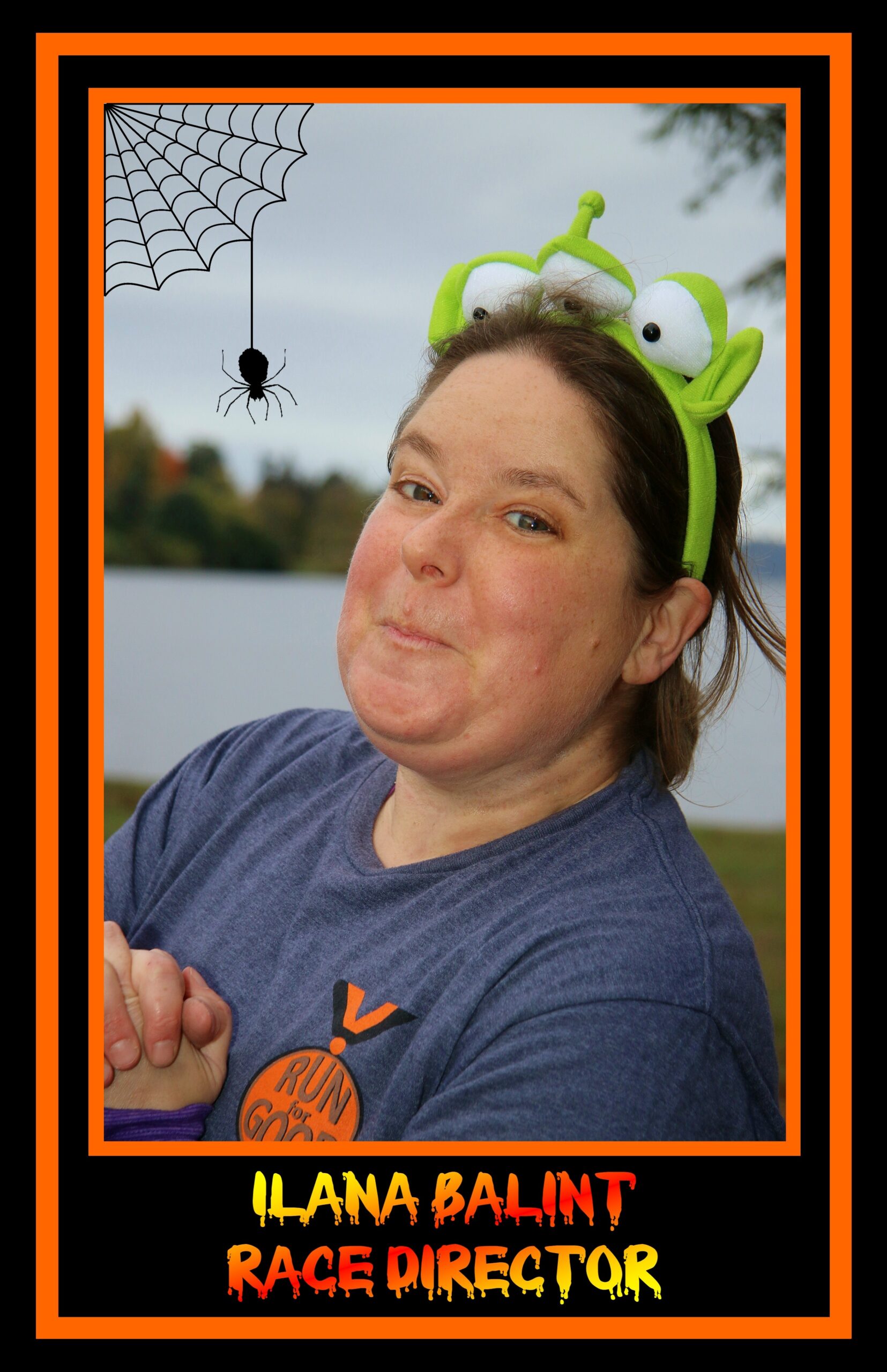 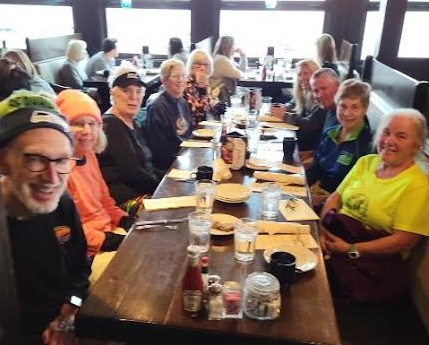