My Better Half Marathon race report

We had previously run the My Better Half 5k but the half marathon course was quite a bit more involved, consisting of three loops around the Seward Park area, including a couple of out-and-backs along the lake Washington shoreline. It seemed the course had the potential for people to get lost or confused, an area in which we have a certain amount of experience.

Race morning was beautiful, sunny, cold and calm. The race is put on by Orca Running, an organization that can be counted on to be well organized. Sure enough, we started right on time, and they had everyone sorted out so runners and walkers of vastly different paces never seemed to get in each other’s way too much.

The only hill in the half marathon came about a half mile into the race, a handy way to get warmed up on a cold day. I was glad to see that they had plenty of signs and course marshals to keep us headed in the right direction, especially at the point where we made the transition from one loop to another. One nice feature with all the loops and out-and-backs was that you’d see your friends at several different points in the race. It was all very sociable.

Looking at the results, I saw that about 15% (or about 40) of the participants in the half marathon were age 50 or over. Of those 40 runners and walkers, 9 of them were participating in the 2022 Grand Prix Mini Series. I suspect turnout was lower than usual in part because the race had filled early and those who went to sign up later on were unable to do so. For those of us who were there, it was a very nice race on a beautiful day.

Jerry’s notes: The Half Marathon was Silver Strider Certified (see Top IO).
Audrey Kirkwood and her daughter Andrea decided to do the race virtually. Audrey ran with Finley and Andrea with Maya. Together they toured Northwest Tacoma.

xxxxxxxxxxResults in photos by Bruce Fisher 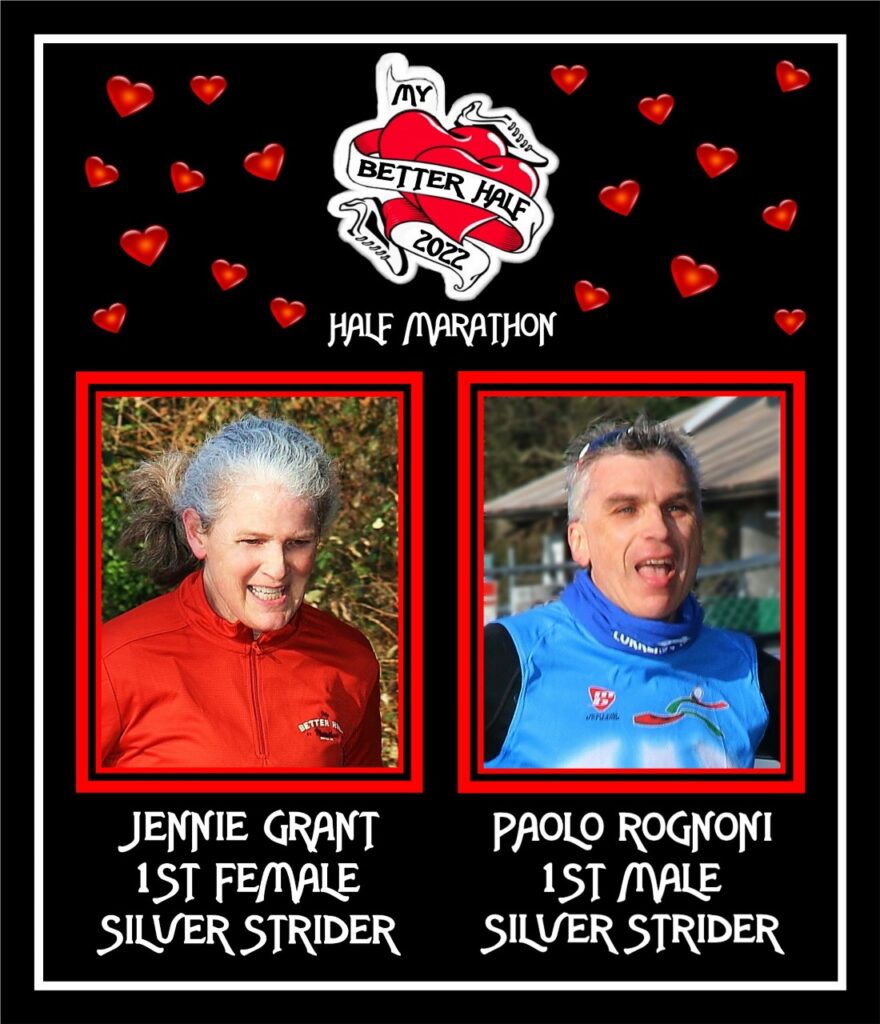 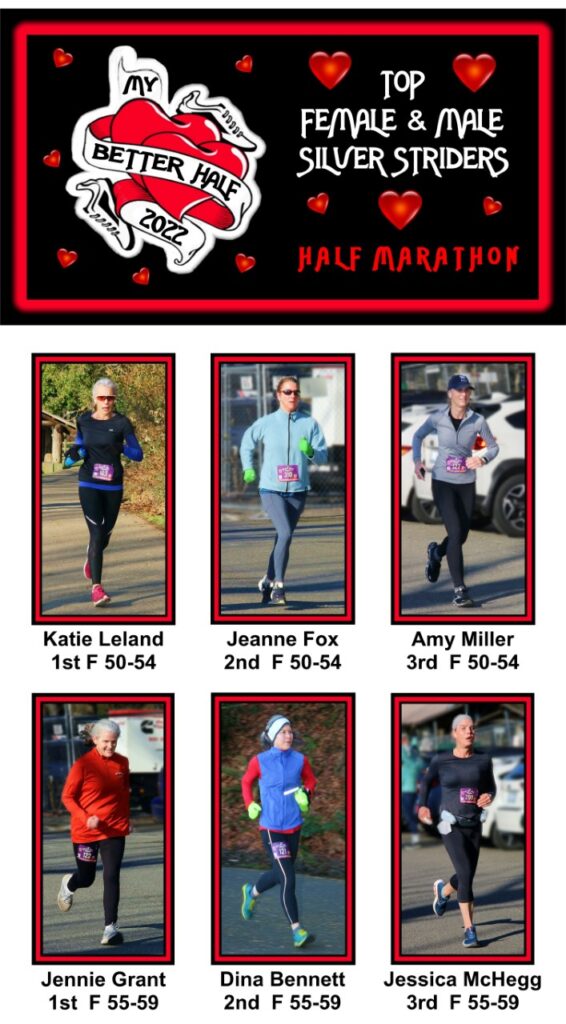 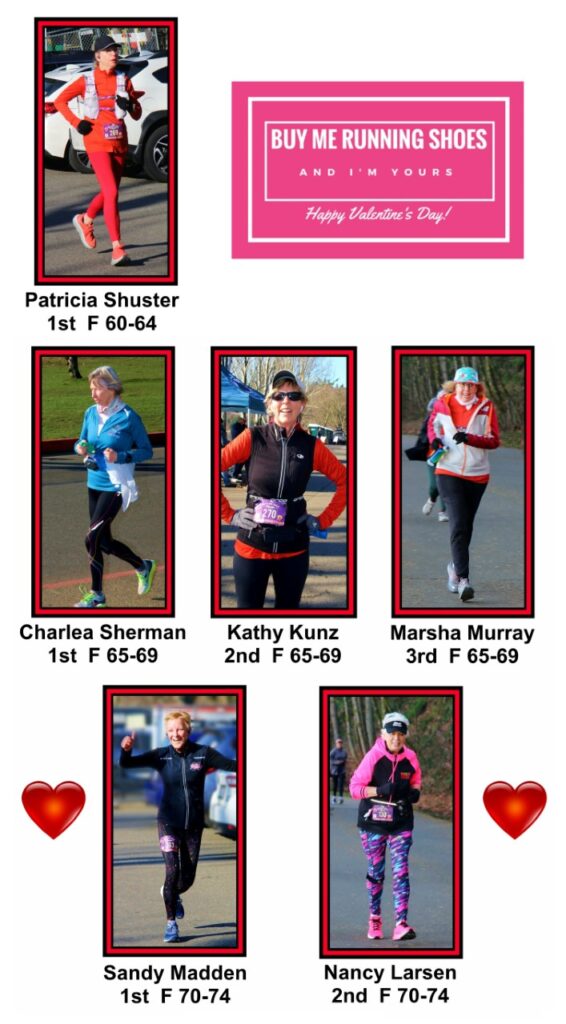 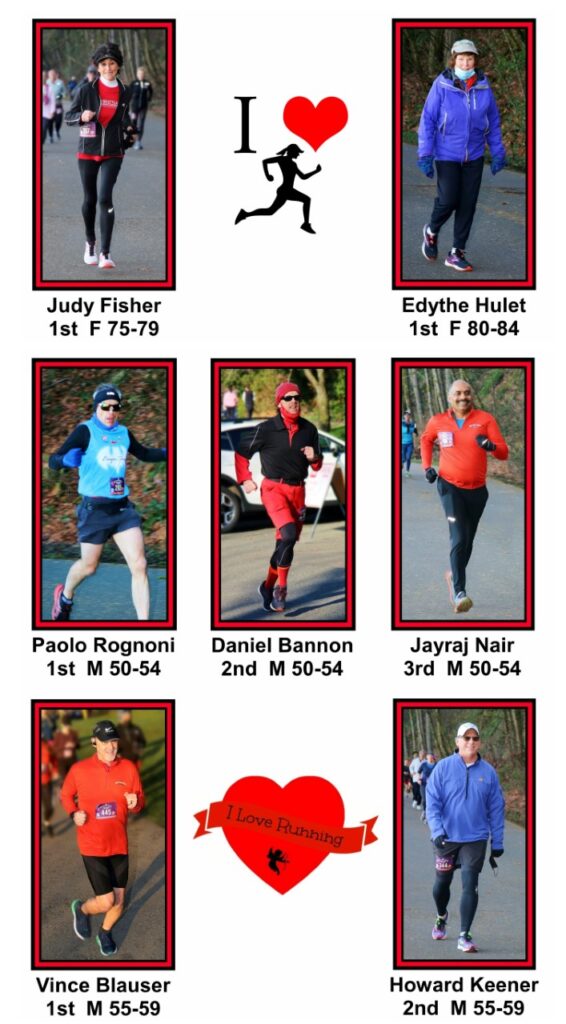 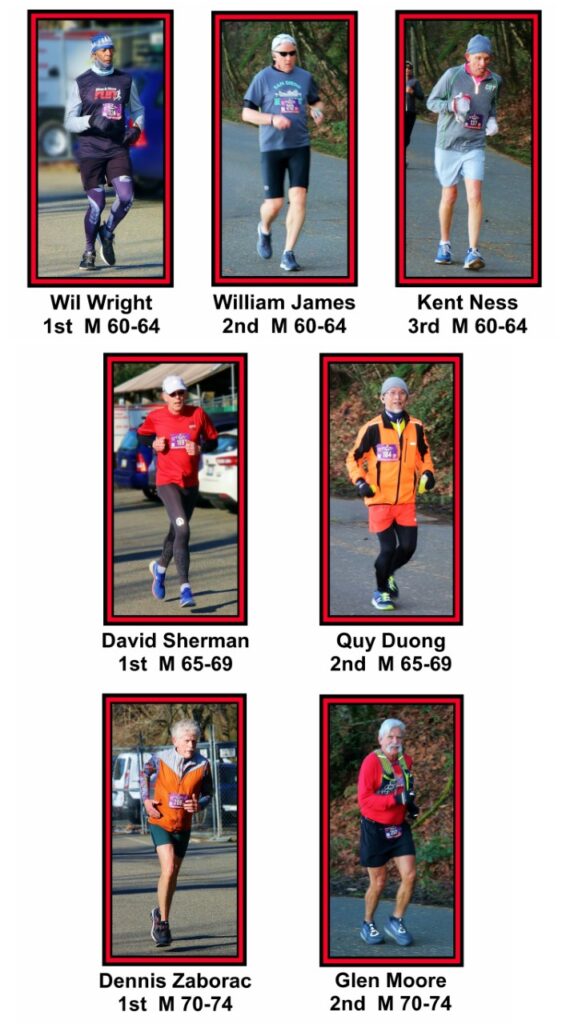 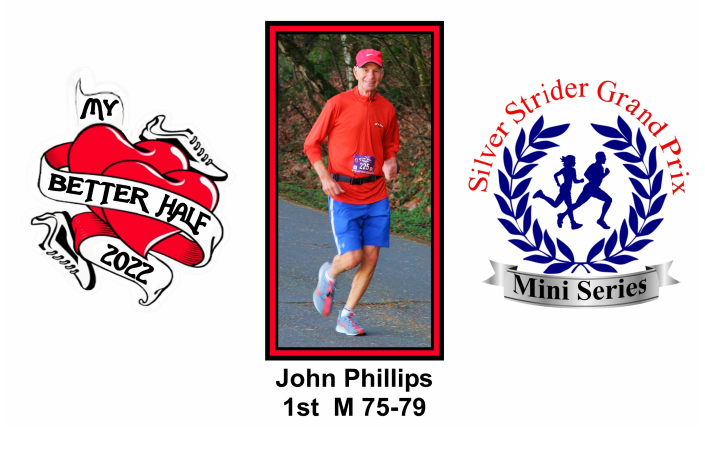