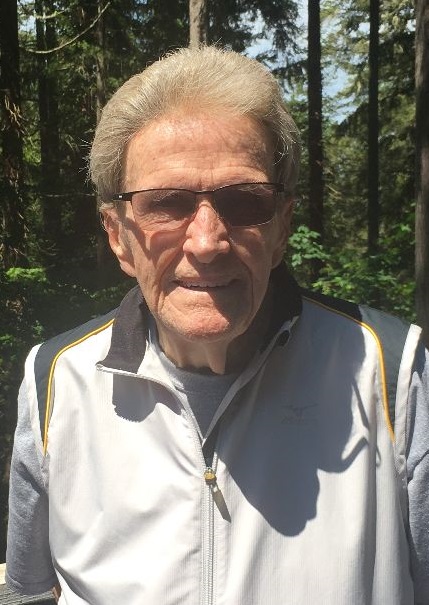 The Kent Cornucopia 5k is a race that Silver Striders look forward to each year. There are several reasons. It is the Silver Strider 5k Championship. The course is flat and fast. It is certified. It is an excellent opportunity to gain a TOP IO ranking. There is no entry fee for runners over 60. It is centrally located between the greater Seattle area and Tacoma, the gateway to the peninsula. It served as the site for many of the Boomer races which gave status and recognition to runners over 50 as a competitive force in the running community.

Following the Boomer races, the race has been recognized as the Silver Strider 5k Championship in age divisions 50 and up. Each year the fastest in each age group gather to see who will reign as Champion for the year.

If you are impressed by the group photo shown above, you should be. Taken a half hour before the race it represents just a portion of the runners over 50 who participated in the race. Exactly 50% of the 291 finishers were Silver Striders.

For the second year, the course ventured north along the river bike path. Race times indicated that the course is just as fast as it was in previous years when the course ran in the opposite direction.

Some, like myself, prefer the new course because is is very slightly uphill out and slightly downhill back. It seems flat but the river flowing toward you on the way out and with you on the way back gives evidence of a slight elevation change.

The old course had a loop at the furthest point which eliminated seeing runners ahead of you. The new course gave you an idea who was ahead of you and who was behind as runners approached the turnaround.

As in the past, all champions (1st in each age group) received plaques. Mark Hendricksen, the Race Director, is always accommodating toward the Silver Striders and gives us recognition in the upper age groups. Timing is done quickly and accurately by Budu Racing. 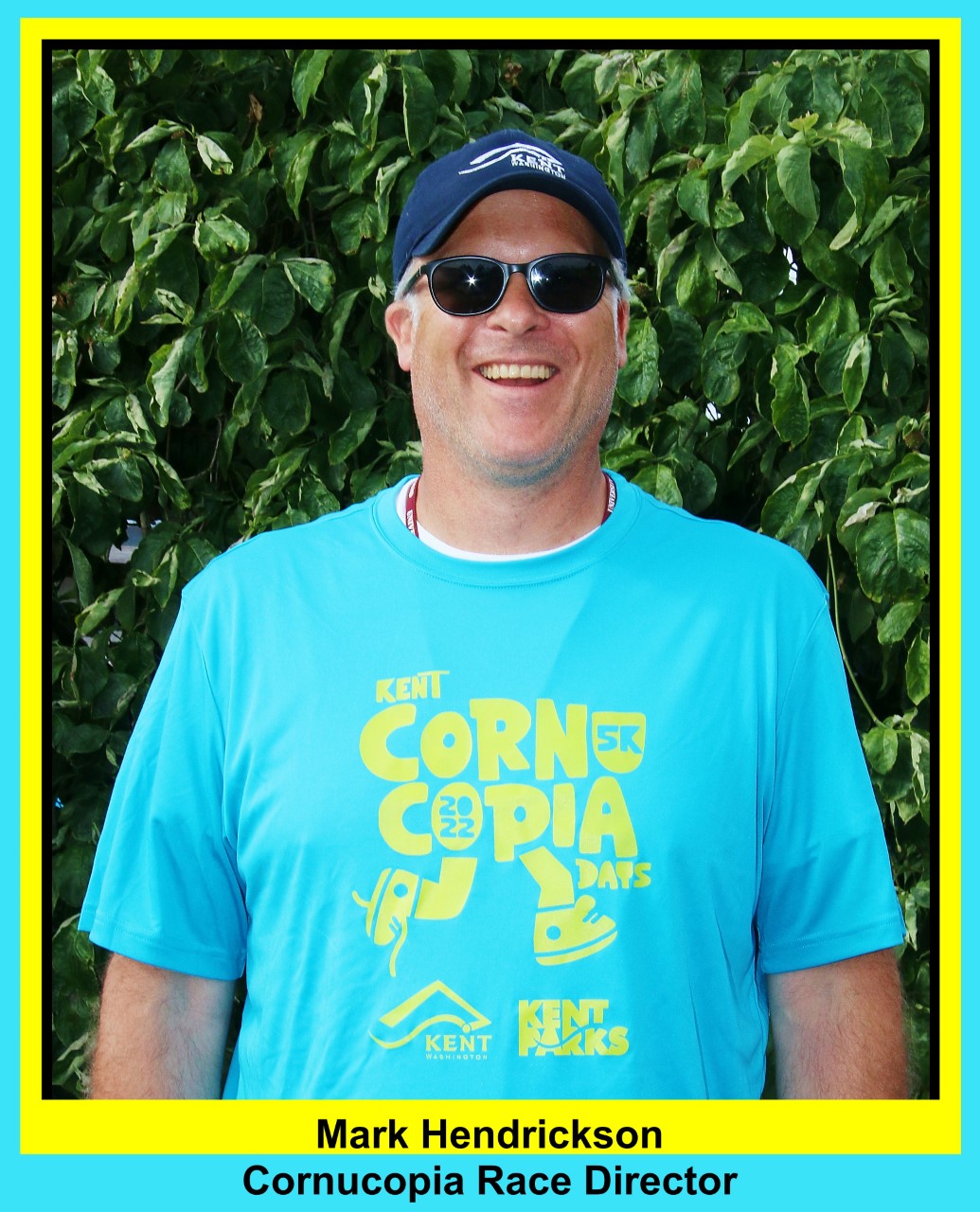 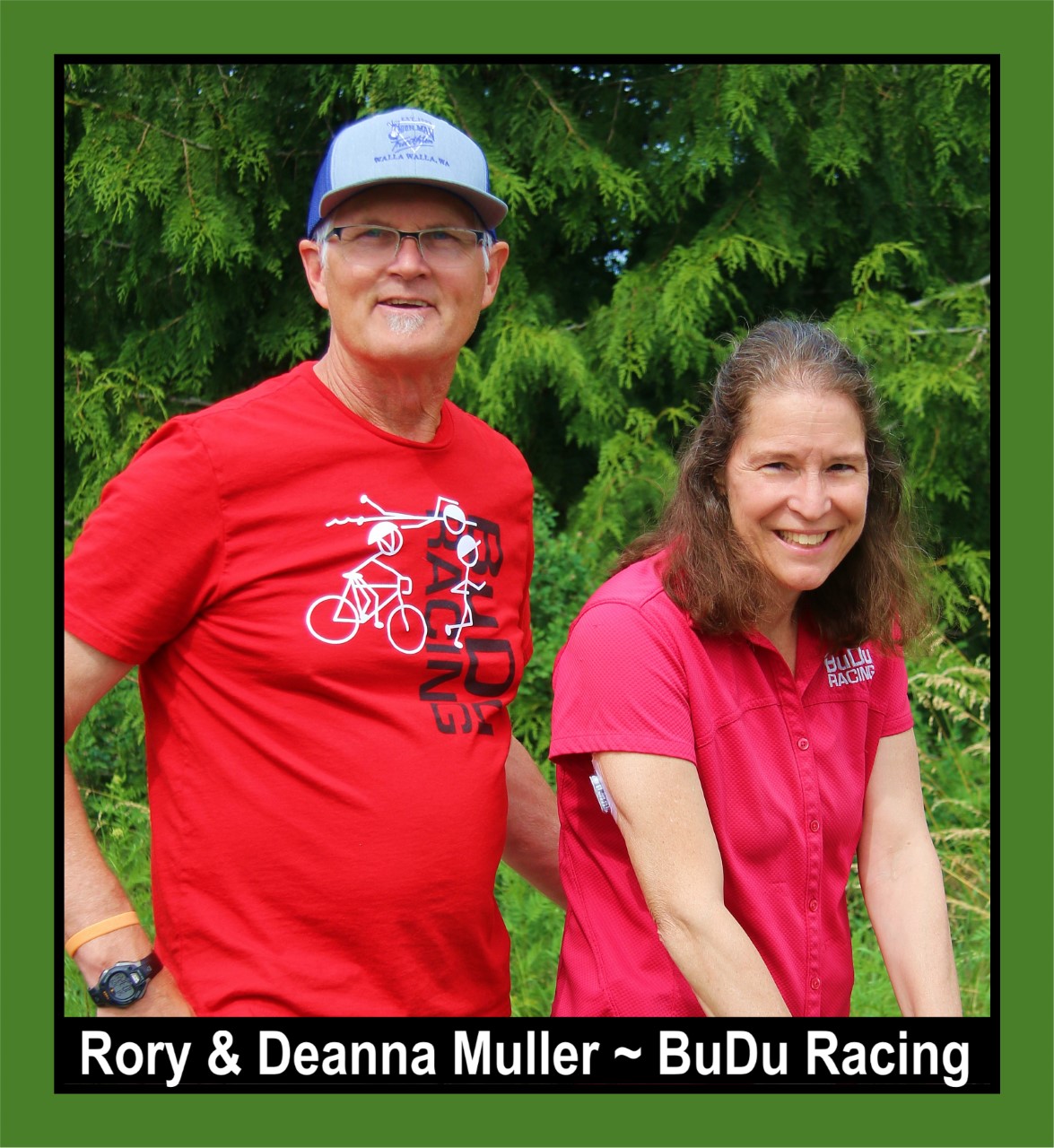 This year was noteworthy as many Silver Striders were making comebacks. Covid had affected many races for over two years and many longtime friends have been absent because of lack of conditioning, injury, or self quarantining. To see familiar faces return to racing was truly gratifying.

As runners arrived, activities began with renewal of friendships and the aforementioned group photo taken by “Flash” Fisher.

As the time for the start of the race approached, runners were busy stretching and warming up. There were lots of port-a-potties and lines were short or none existent.

Since I was recovering from a back injury, I decided to start last. I was accompanied by my son-in-law and long time running partner, Brent White.

Brent and I waited for the last runners to cross the start line, before walking to the start area. We waited almost another minute for the large number of walkers to string out.

We began at a conservative pace and enjoyed the scenery. The landscape was green and the flowing water provide a beautiful backdrop for our walk. After a half mile or so we noticed Bob Davies walking ahead of us. Bob had just received a heart pacemaker and was looking good. He had his cell phone in hand and when runners began to pass on their return trip, Bob began to take photos. Here is his account of “Bringing Up The Rear”. 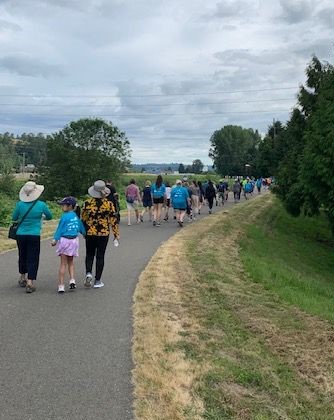 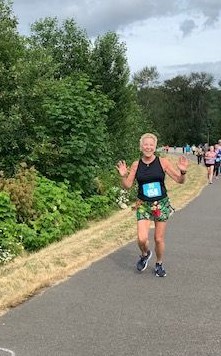 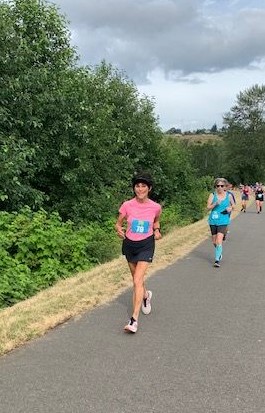 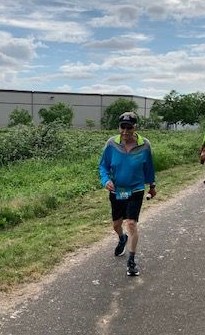 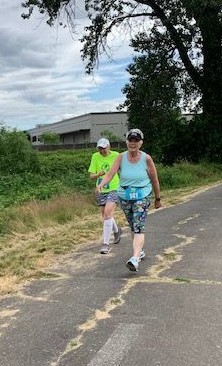 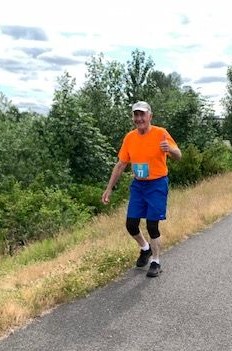 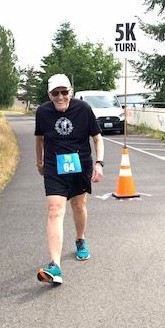 This year, it was Super Athlete Michael Magnussen who led the way for Silver Striders with a sizzling time of 18:31. Hiromi Conley led the women with a National class time of 22:03. 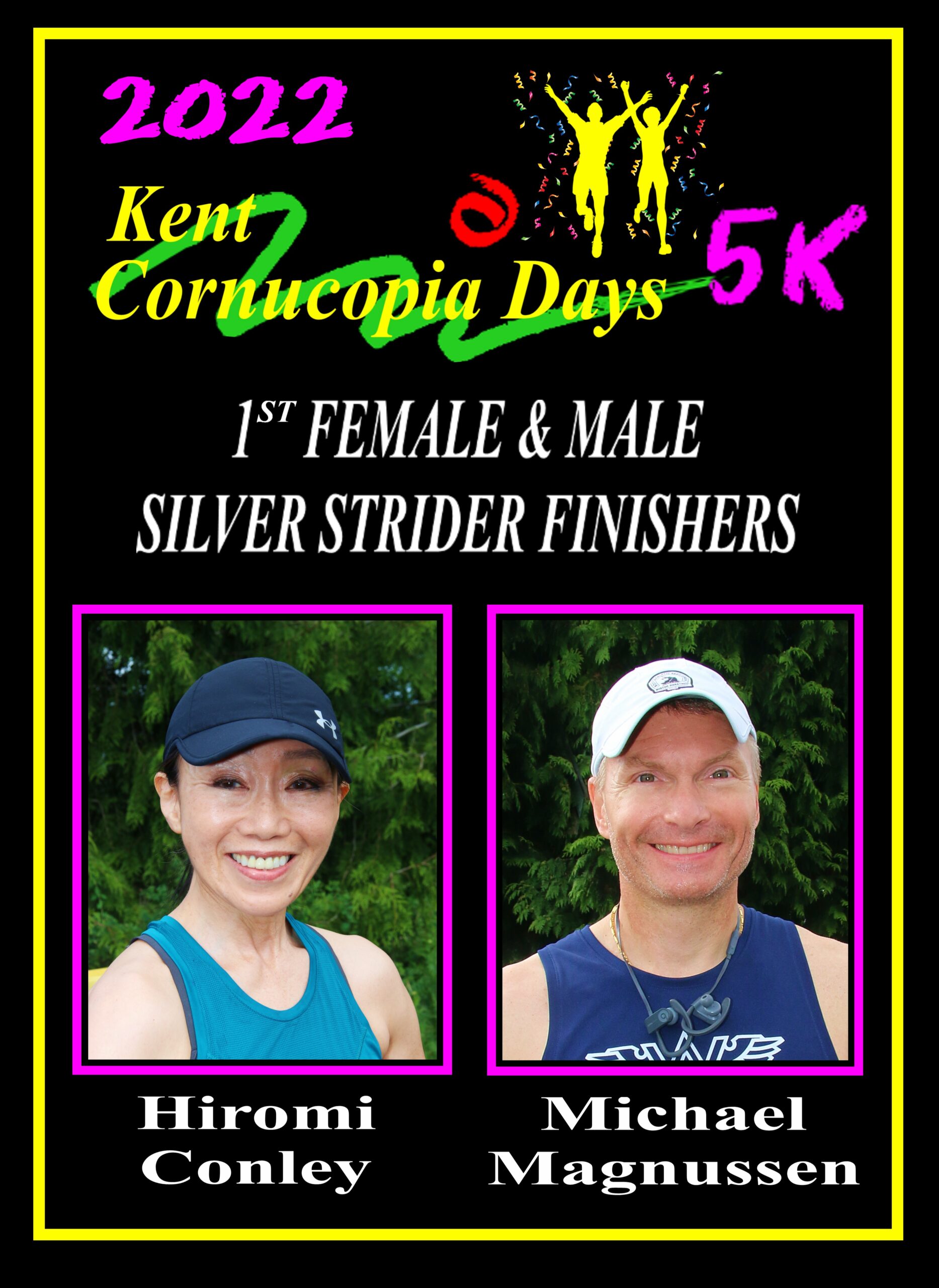 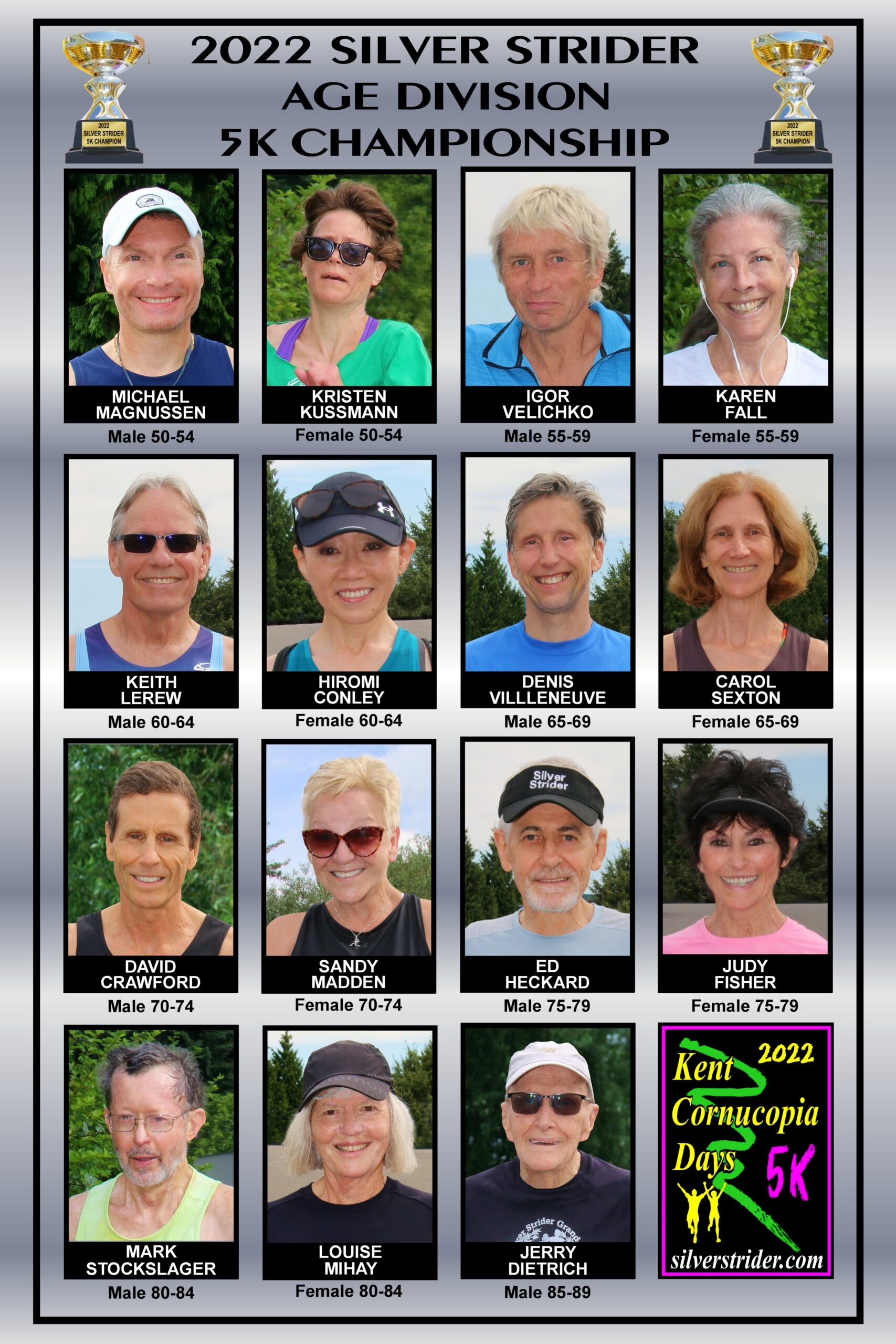 The only runner to win both the 5k title at Kent and the 10k title at the Rhody Run was Ed Heckard (M75-79). Ed won by a big margin at the Rhody Run 10k. But he faced some competition at the 5k race while besting John Phillips who had the misfortune of being on the wrong end of his age group at 79.

Sportsmanship reigned as early finishers stayed near the finish area to cheer the mid-pack and slower runners as they finished.

There were 391 finishers. Not as many runners as the pre-covid days but just as competitive.

The awards ceremony was well attended and well received.

The post race lunch was held at the Azteca Restaurant in Tukwilla. Dave Anderson was surprised with the traditional sombrero to celebrate his birthday. 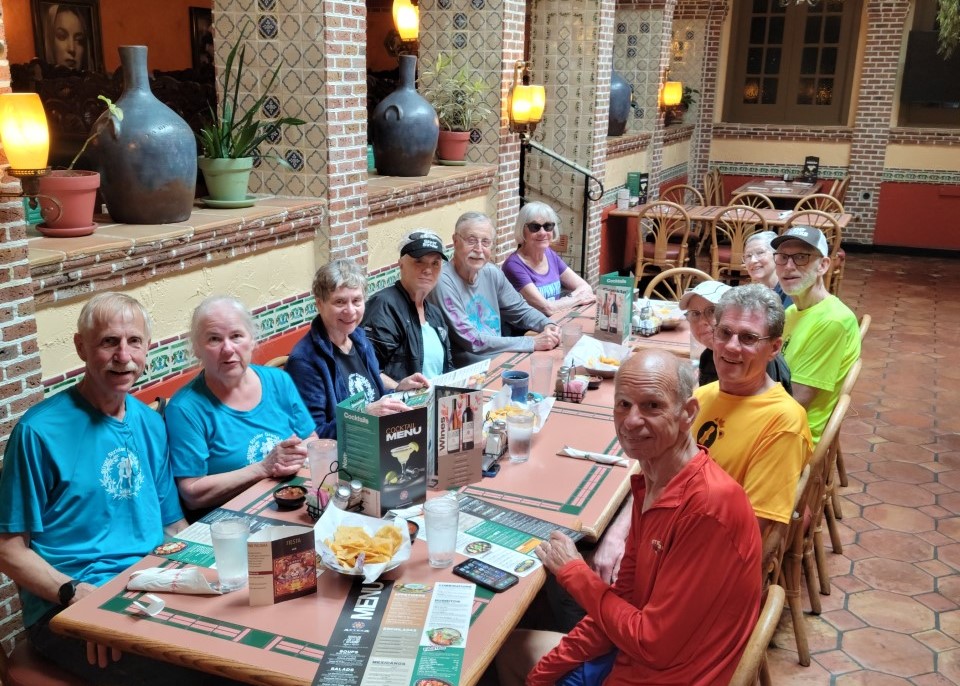 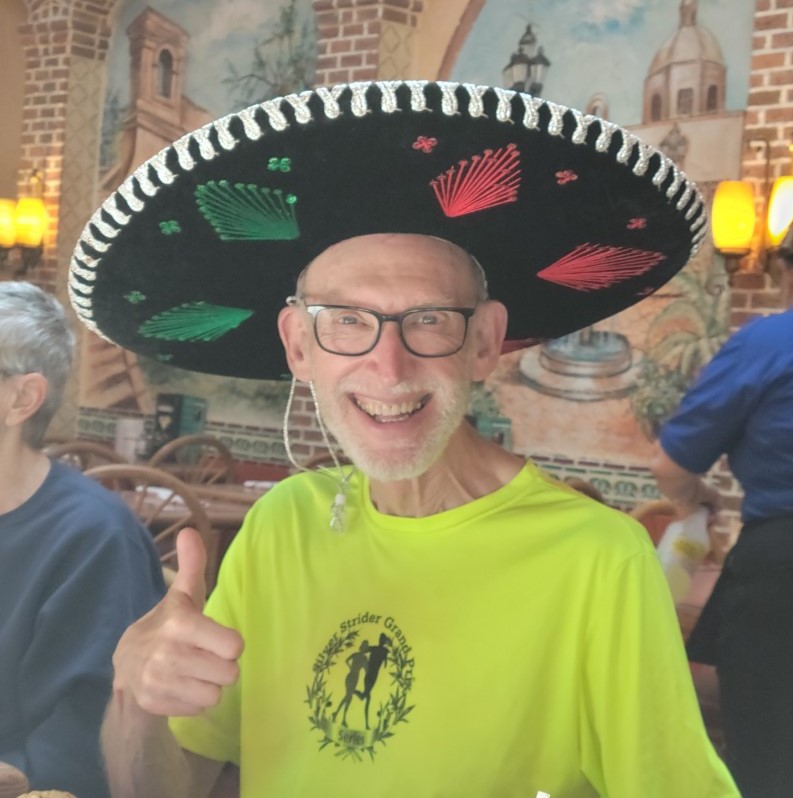 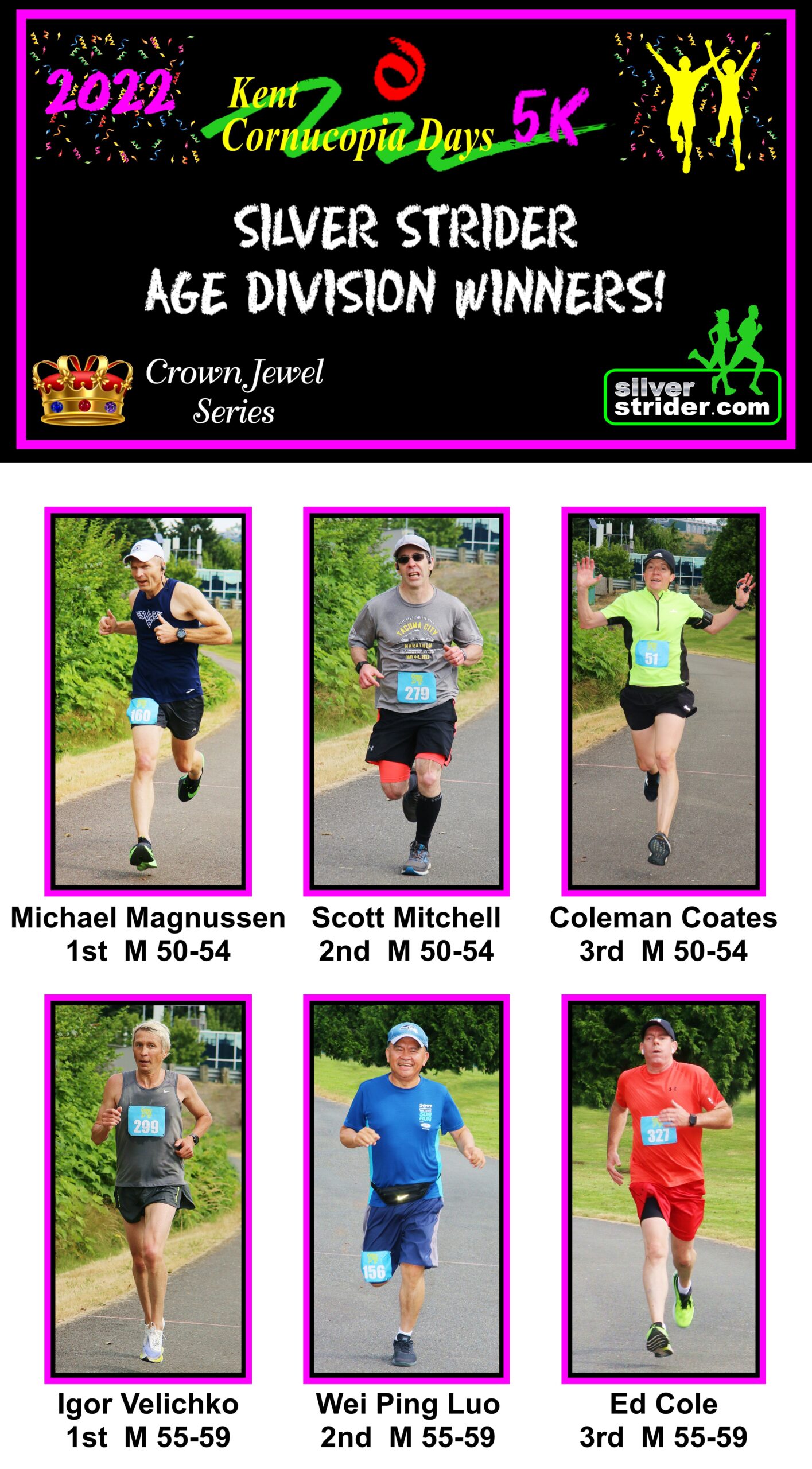 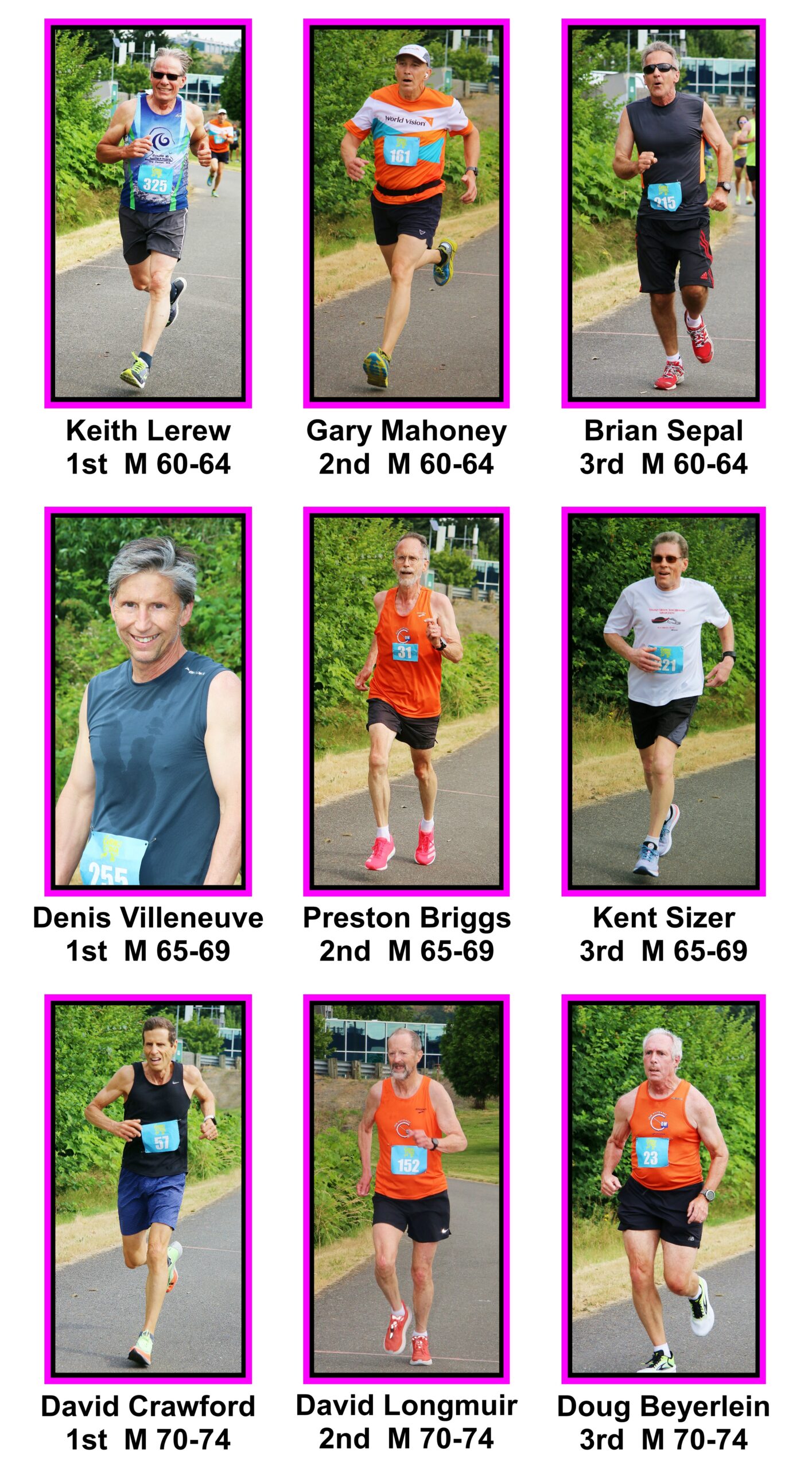 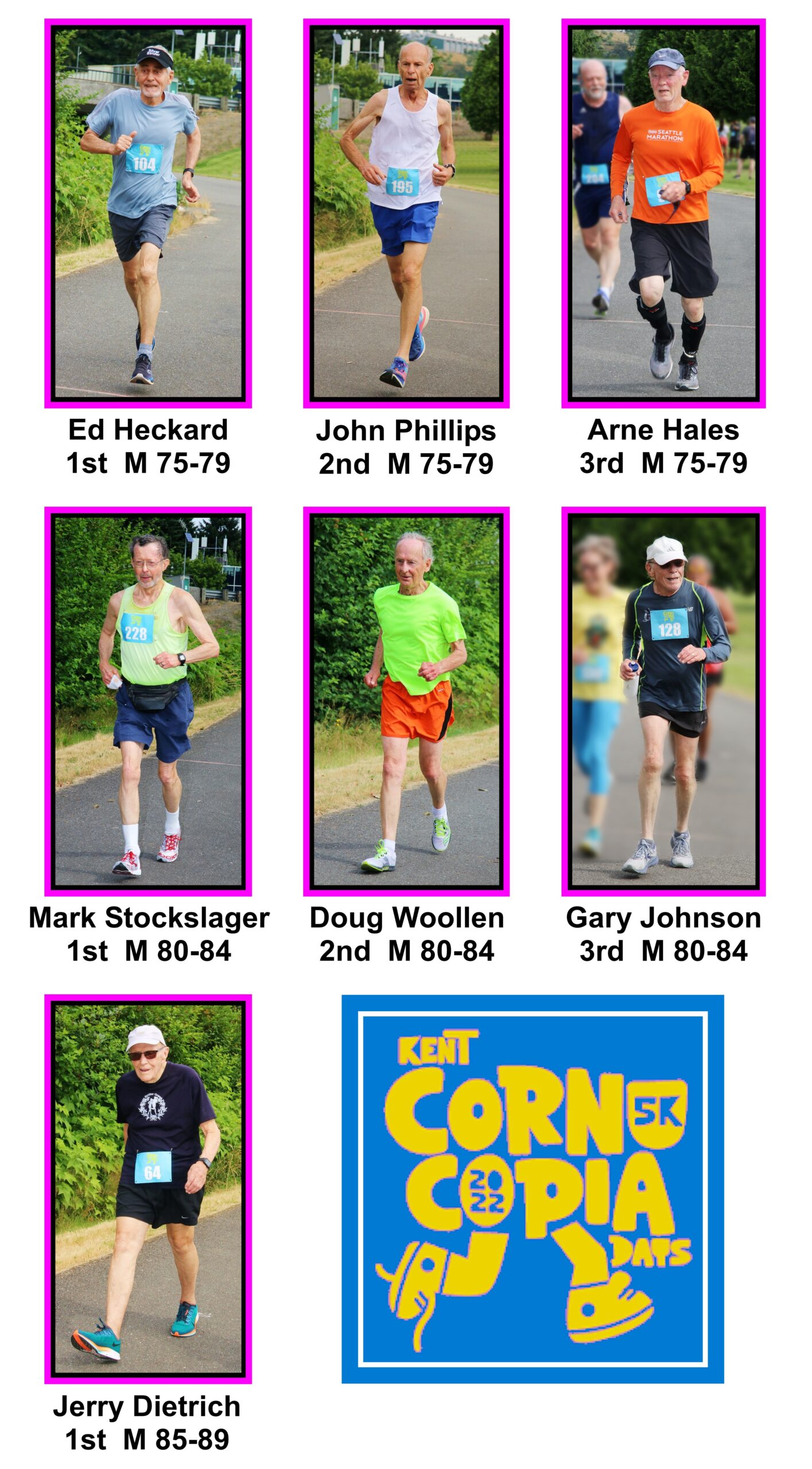 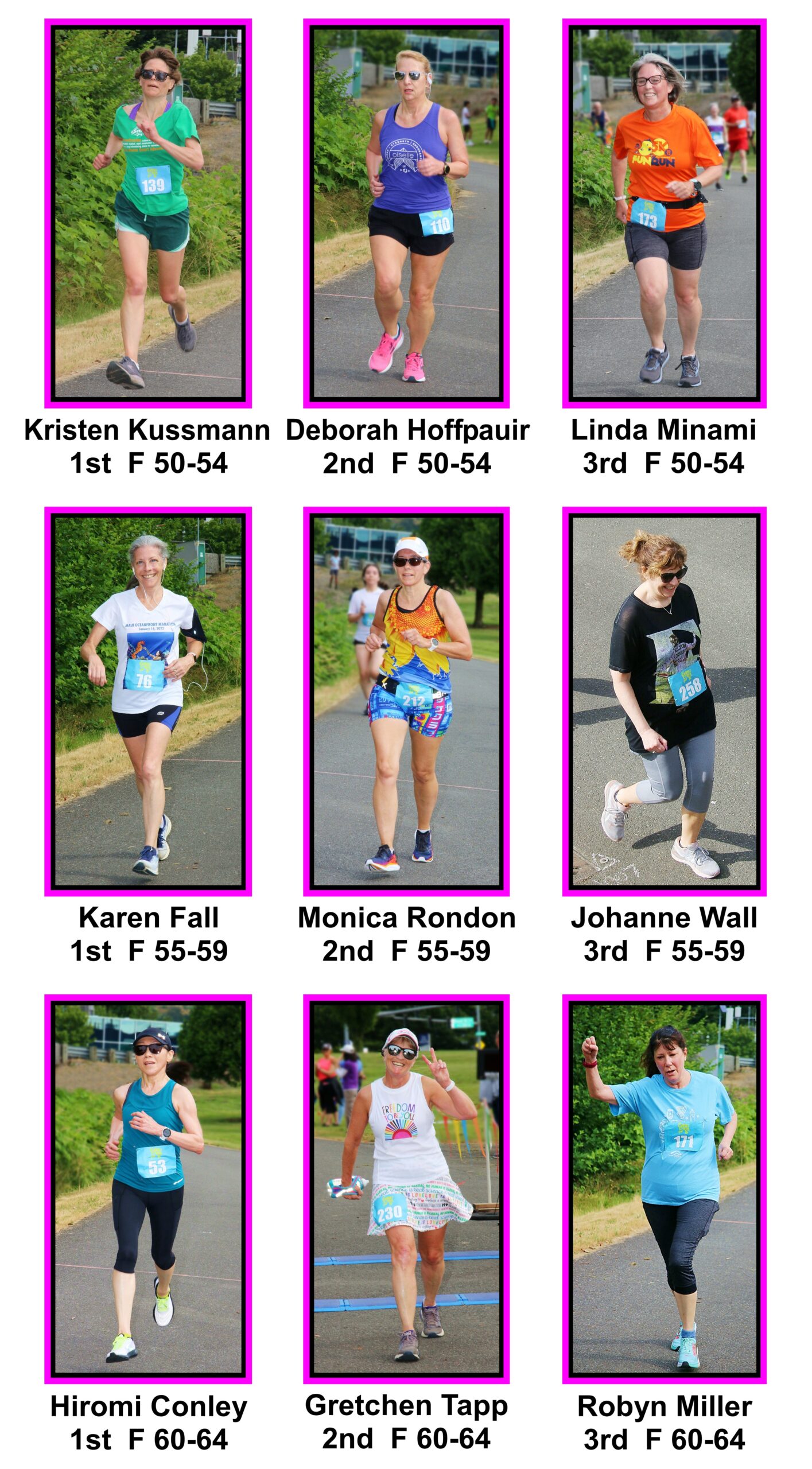 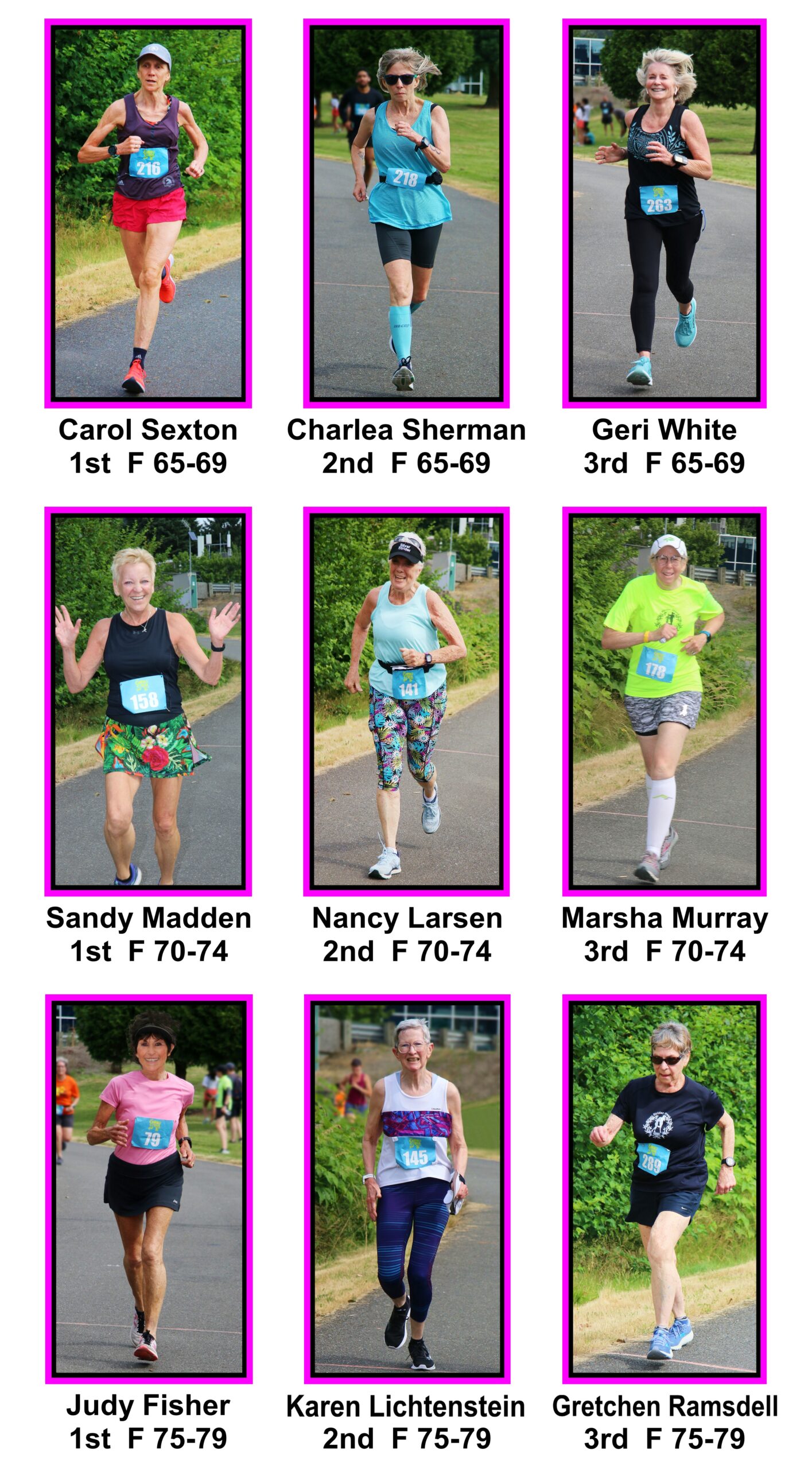 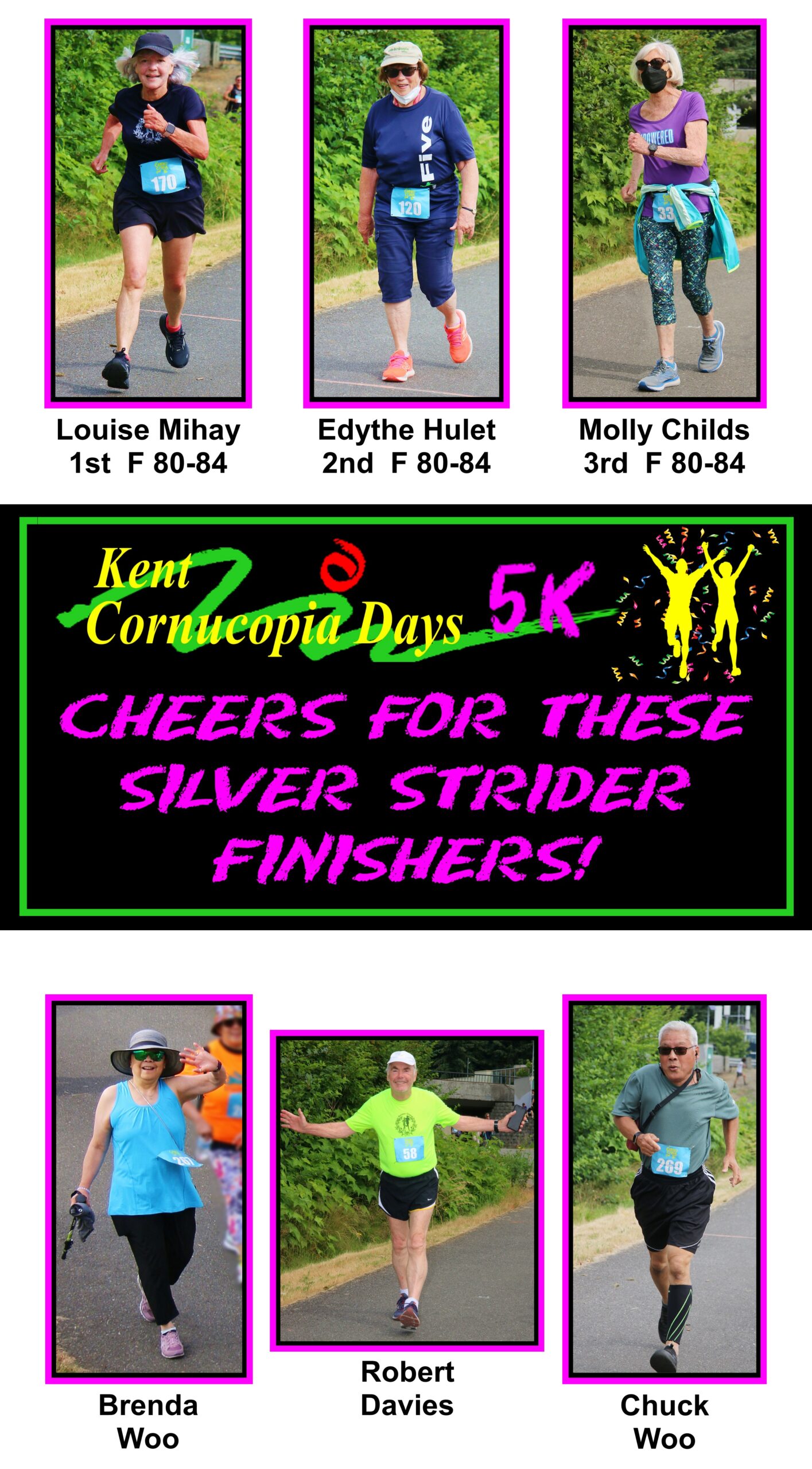 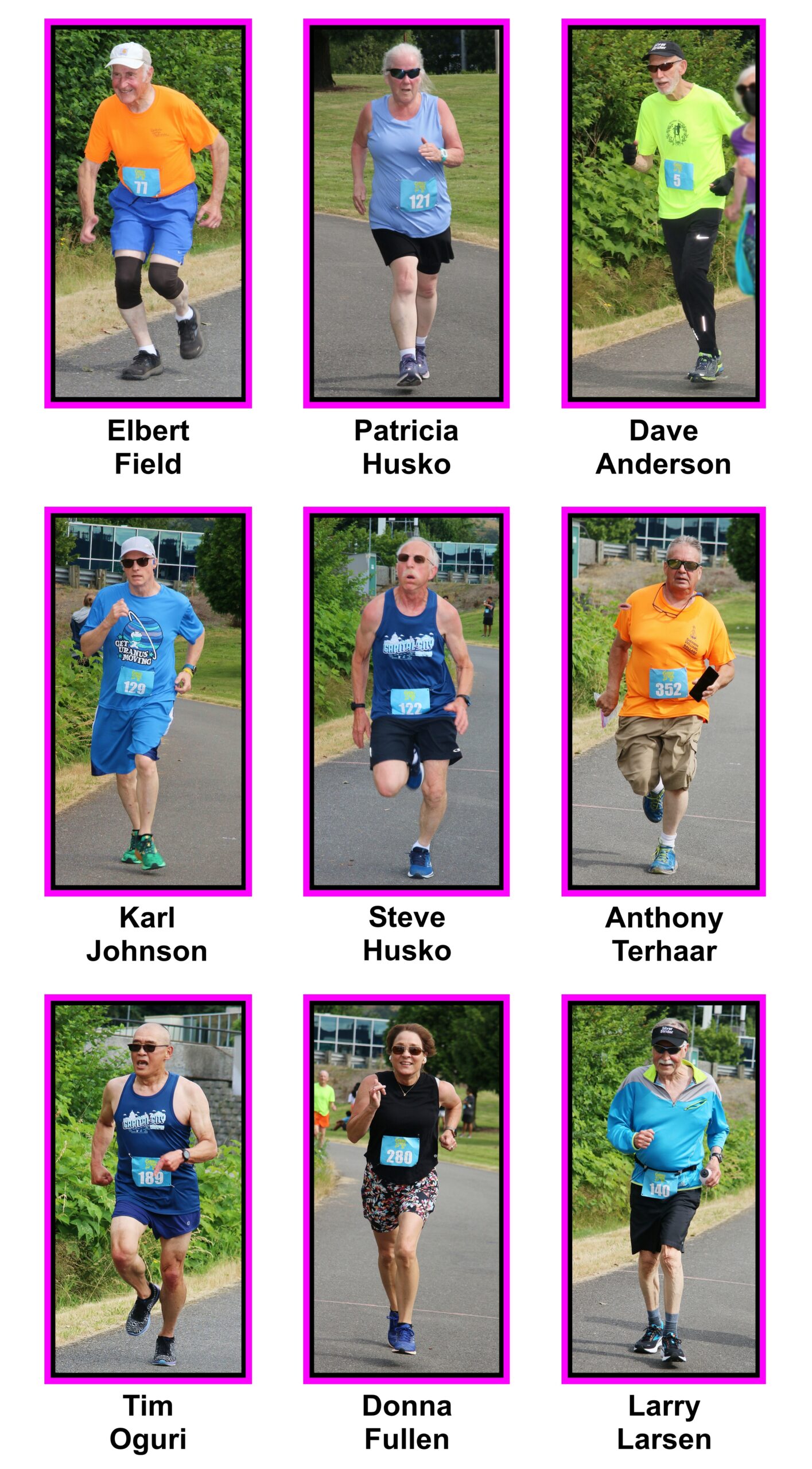 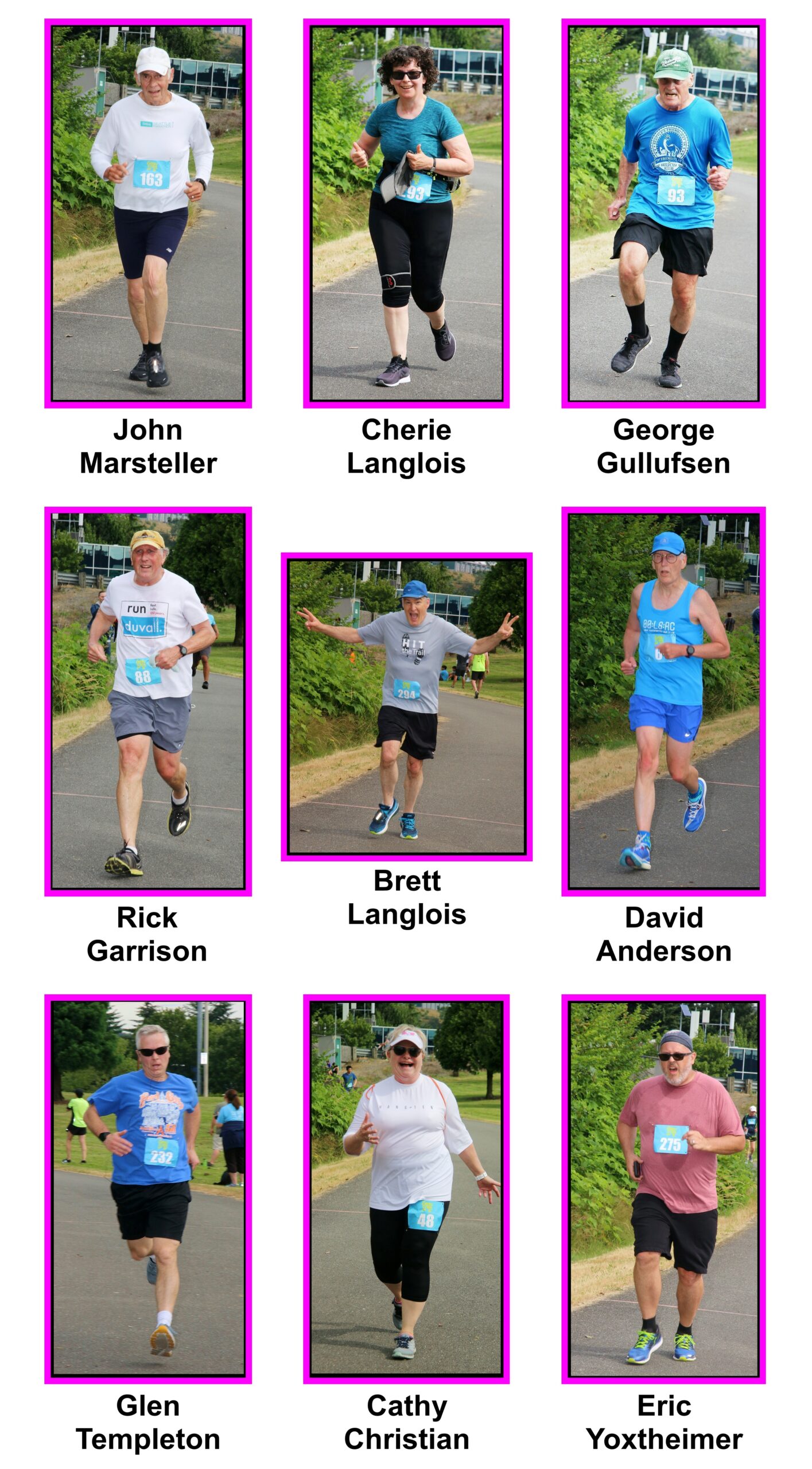 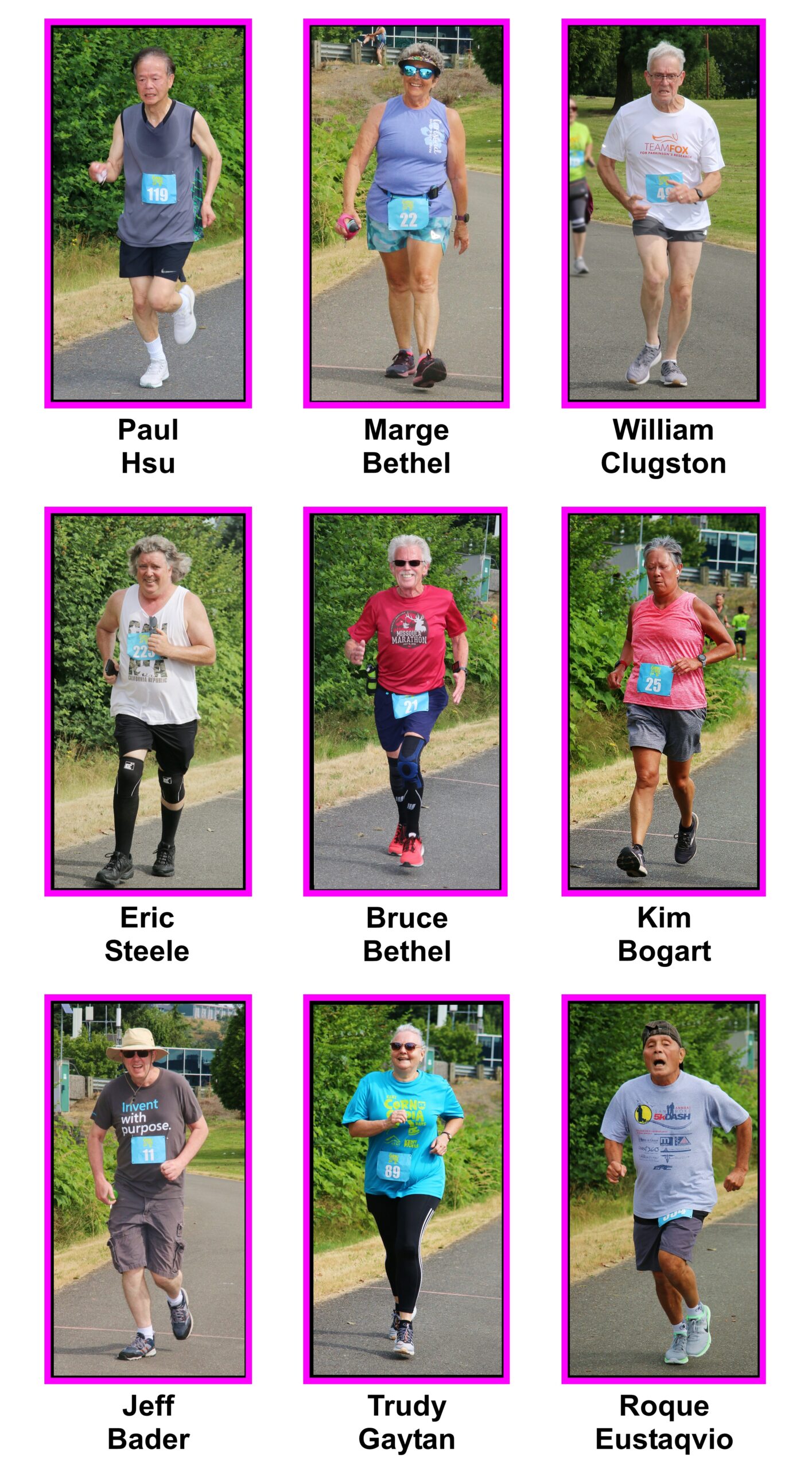 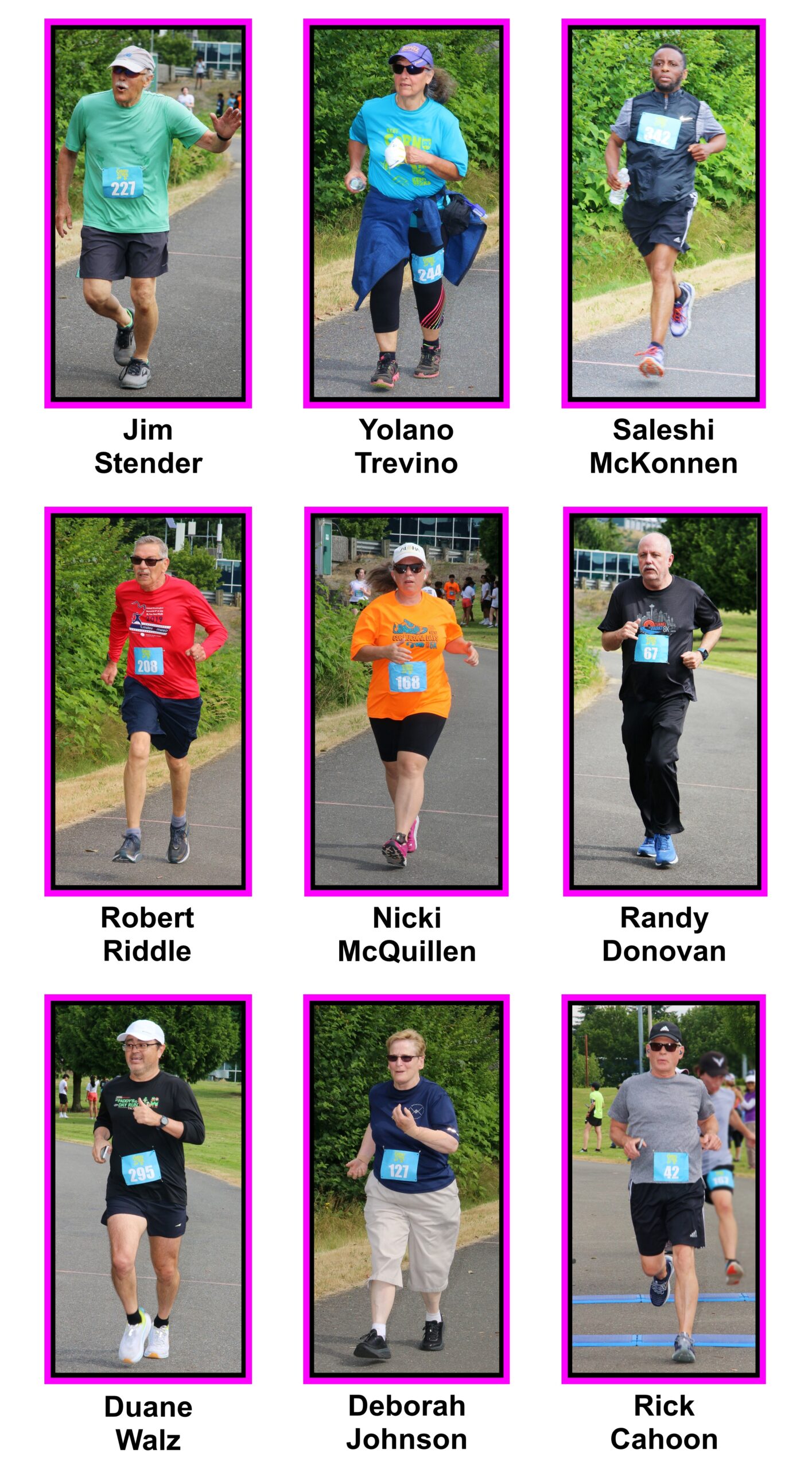