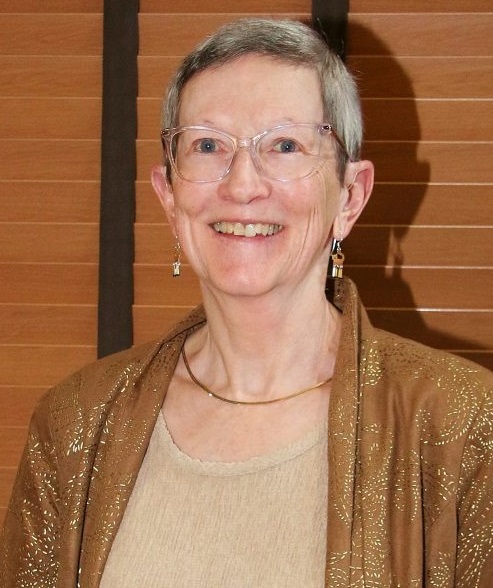 With photos by Bruce Fisher and Steve Husko

The weather forecast was for scattered showers on Saturday, and we were very lucky that the rain did not start until later in the day. The Des Moines Creek Park is a beautiful setting for the parkruns because the park is located right on the waterfront with spectacular views of Puget Sound. The park area started out as a logging camp, and now the old dining hall and other buildings have been restored to create a community Event Center.

Shortly before the race start, Bruce “Flash” Fisher gathered all the Silver Striders for a picture by the water. As usual, there was a last minute rush to get everyone in the picture, then we were ready to listen to the description of the race course. 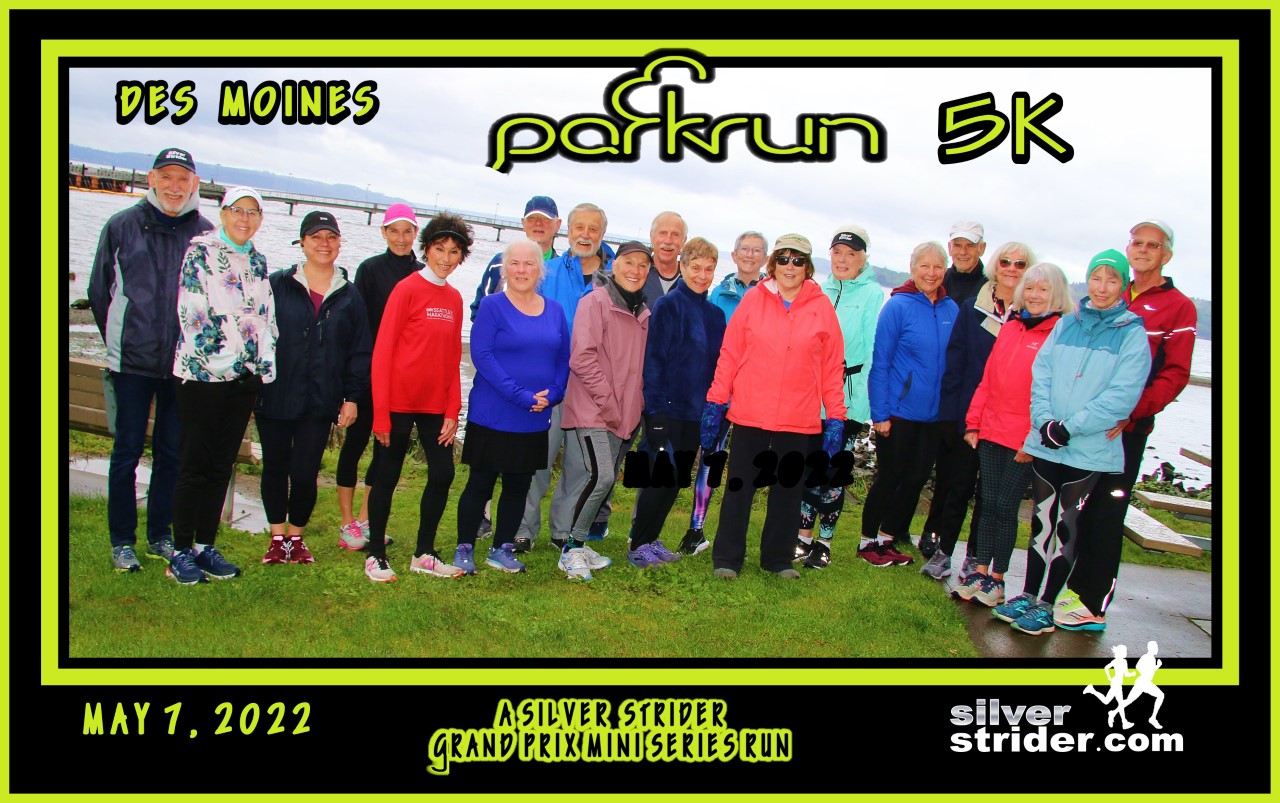 The race director, Elizabeth Hoekstra, carefully explained the out and back race course, and she told us to stay to the right on our way downhill to avoid a dead-end trail. The volunteers were introduced, and their roles were explained.

We started the race on the sidewalk, then we moved to the wide paved trail running uphill. Judy Fisher was ahead of me, then she was quickly out of sight. I was just getting used to the uphill climb, when Charlea Sherman passed me. She maintained a good lead, and I could not close the distance.

As we approached the half way point, I was watching to see the lead runners racing downhill. Shawn Dailey was the first runner, and Dave Sherman was not far behind him. Steve Husko was also in the small group of lead runners. 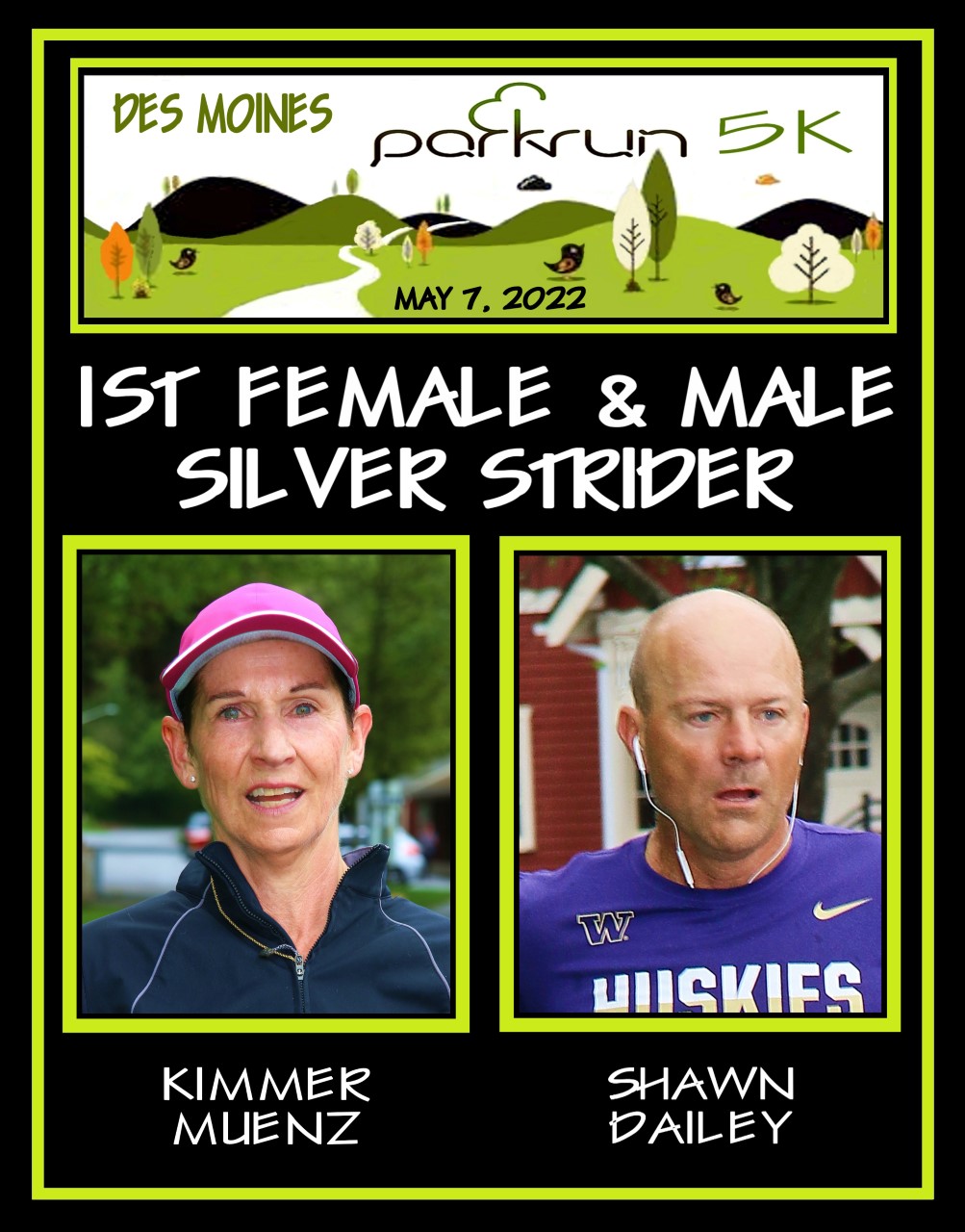 There were 55 participants in the run, and 70% of the runners were Silver Striders. Five Silver Striders had Parkrun Personal Bests. Congratulations to Dave Sherman, Nanci Larsen, Gretchen Ramsdell, Edythe Hulet, and Molly Childs.

Nanci Larsen’s achievement deserves special recognition because she had to walk for most of the race due to her foot injury. If you have ever been forced to walk in a race when you wanted to run, you know how frustrating that can be.

Jerry’s notes: Once again a Silver Strider was the overall winner of a Series race. Shawn Dailey led the race from start to finish winning comfortably. Second place overall was another Silver Strider, Dave Sherman, who at age 67 is still one of the fastest.
We had 4 more Series finishers. Congratulations to Karen Lichtenstein, Nancy Larsen, Larry Larsen, and Dave Anderson. They bring the total number of finishers to 25 with 4 races left. 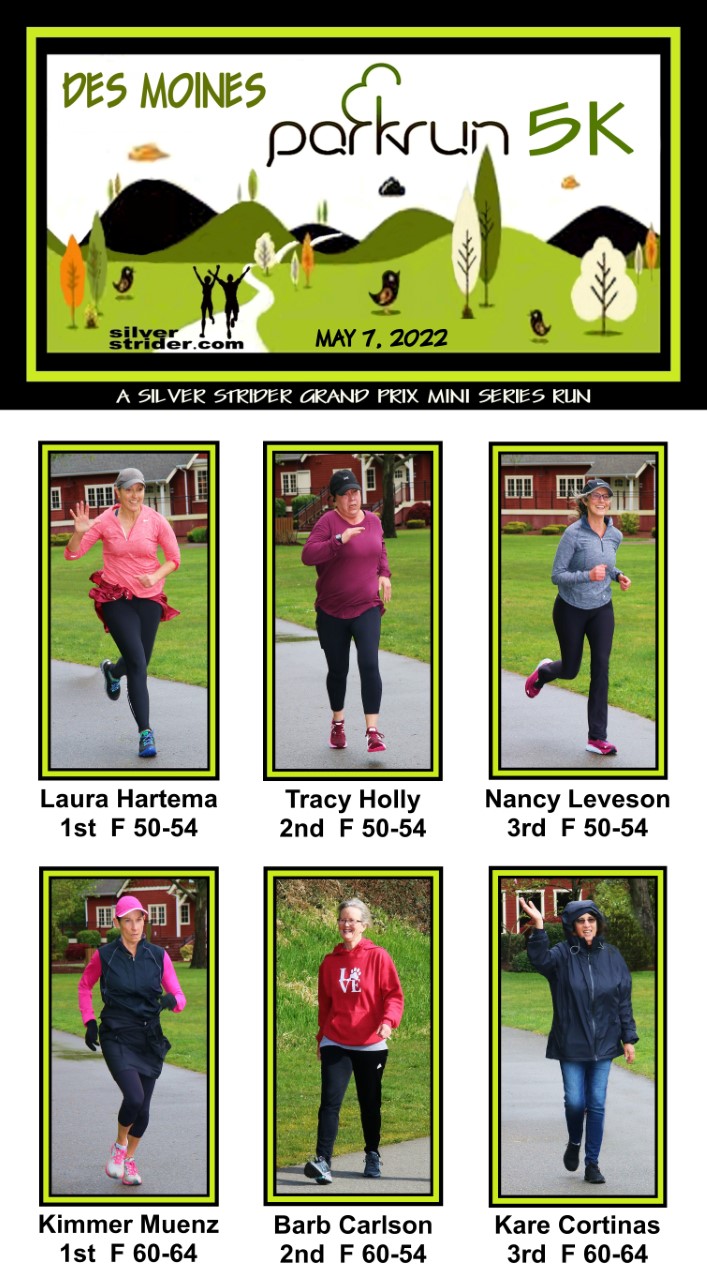 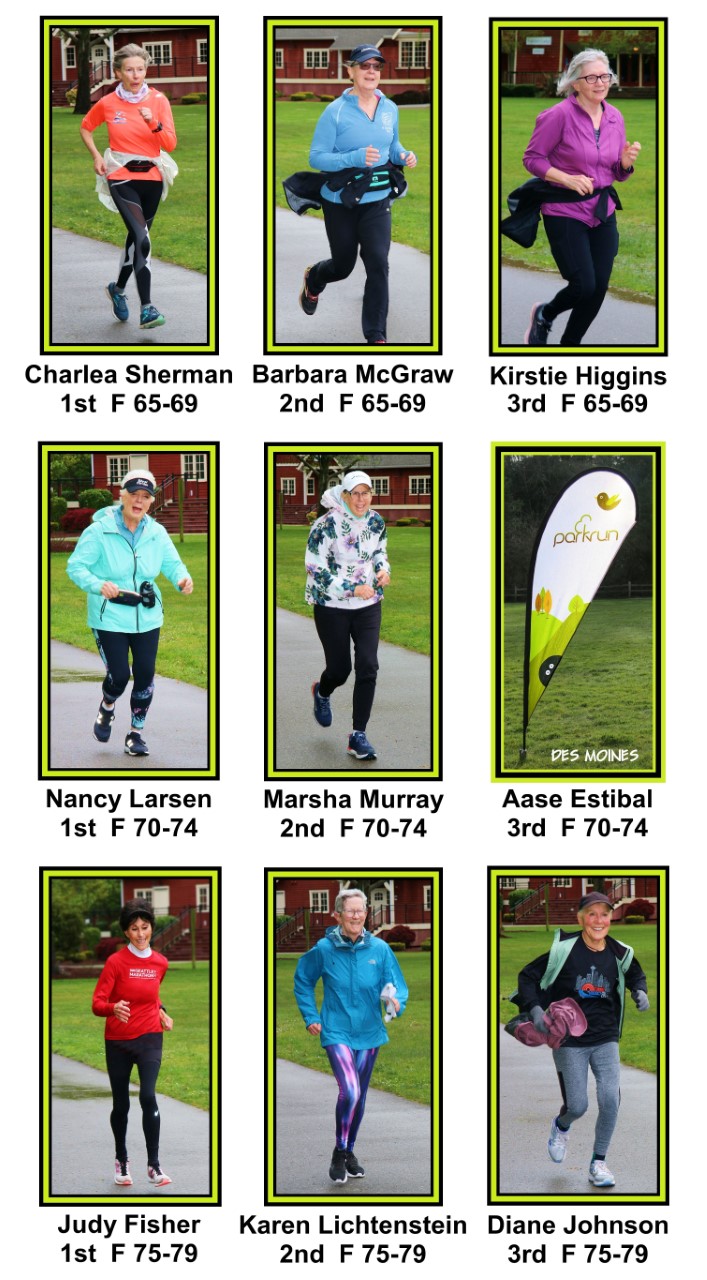 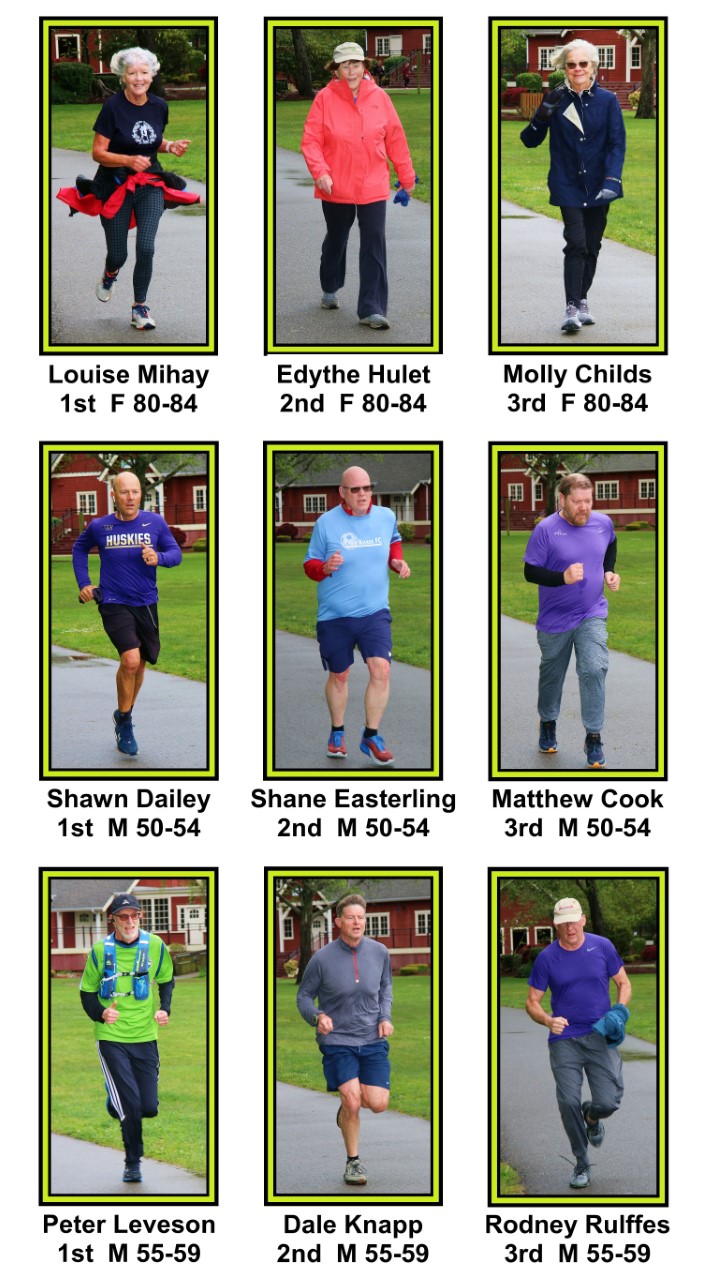