with photos by Sherwin Cotler and Claudia Clark-Engstrom
…………..

In May 2018, I started training for an 8-day cycling and sailing trip in France. I had just finished a marathon so my endurance was good. The bad news was that I needed to do some work to improve my cycling. I had to learn how to check the small rear view mirror on my helmet, and I needed to practice my gear shifting technique. After two months of training, I was ready.

My friends Sherwin and Bronwyn had recruited our tour group from the Olympia area. We arranged to meet at a small hotel in Paris to do some sightseeing. We walked over to see the Eiffel Tower, and we had a great view of the tower from the Champ de Mars park.

Since our tour on the Feniks barge started in the town of Montargis, we took a train to the town. Some of the trains were shut down by a strike, and we were fortunate that our train was still running. The next day we arrived at the boat, checked in, and selected the bicycles we would be riding. The bicycles were 24 speed touring bikes in a variety of sizes. 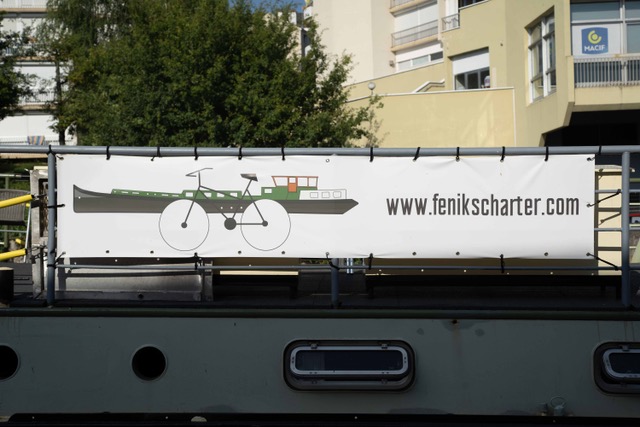 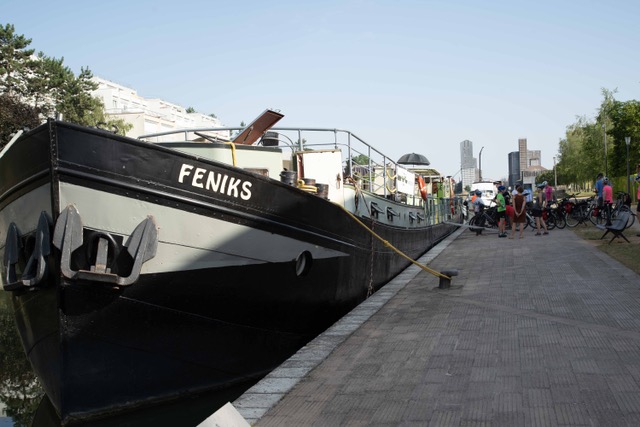 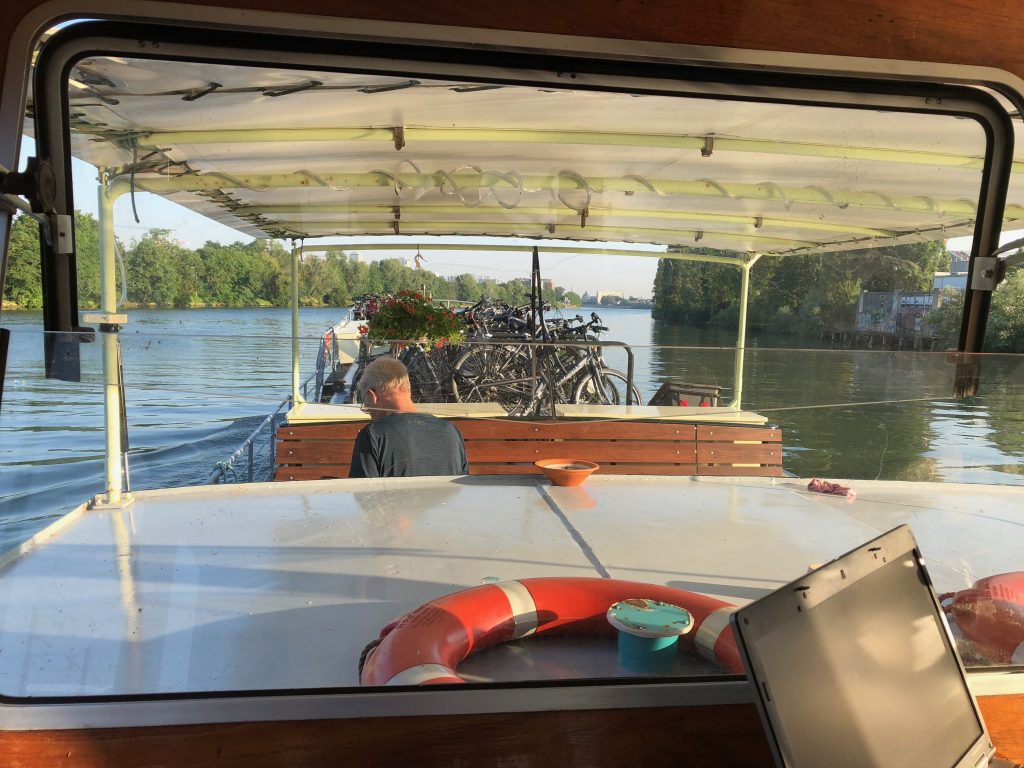 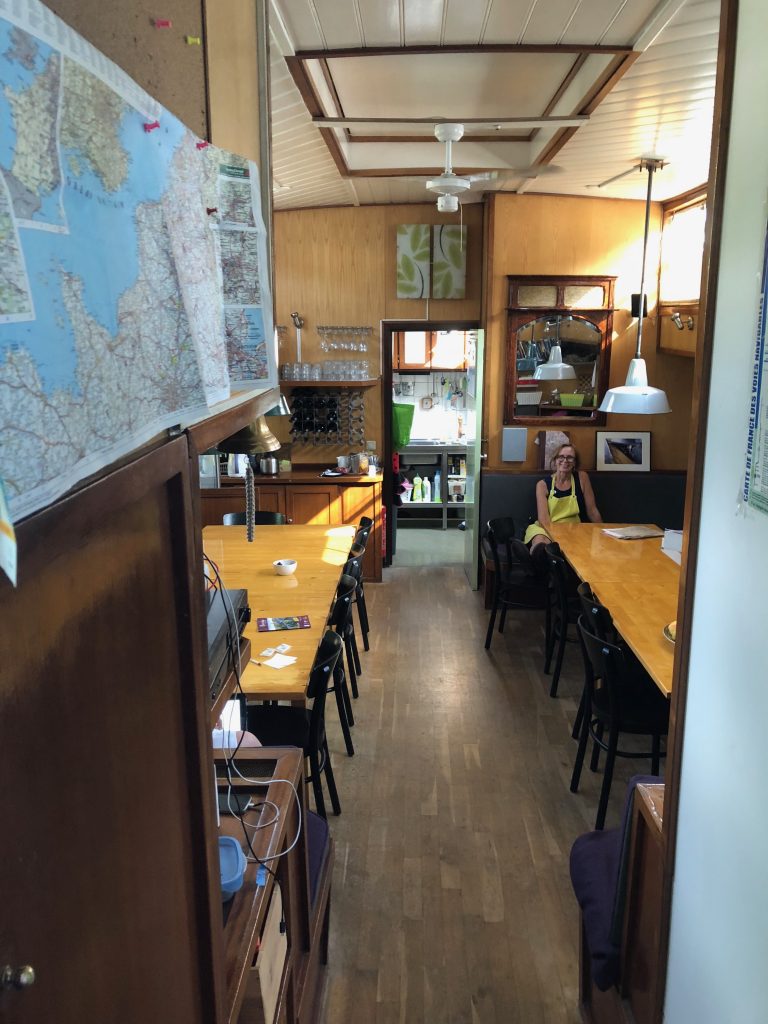 Each day we would get up, eat breakfast, pack our lunches, and load our panniers. We would gather by the boat to check our gear and prepare for a day of cycling. The distances ranged from 22 miles to 37 miles each day. Every day included stops for a coffee break, lunch, and afternoon snacks.

We cycled on paved roads, dirt roads, and some narrow paths. When we were cycling along the rivers and canals, the cycling was easy.

When we reached some long steep hills, we had quite a workout. I remember one hill that was very hard work climbing, then it was frightening when we were speeding down the other side. I could imagine hitting a small rock and falling, so I put on the brakes.

We all reached the bottom of the hill safely. I learned to focus totally on the “here and now” because a moment of distraction could lead to disaster. The traffic on the roads increased as we approached some larger cities. We listened for cars and kept close together in single file so it would be easier and safer for cars to pass our group. 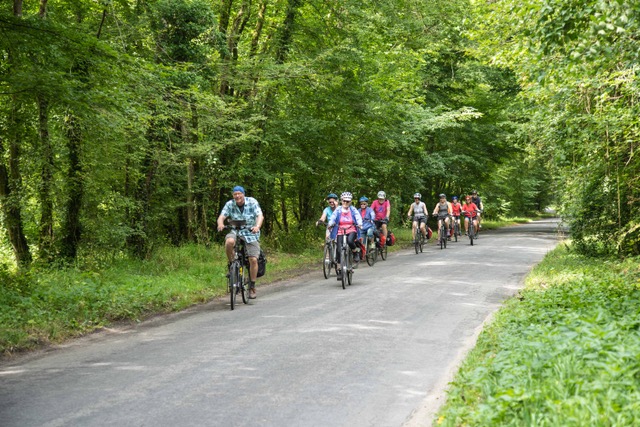 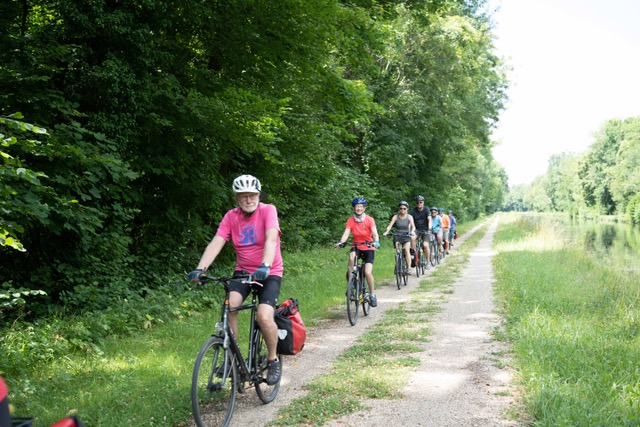 One of the highlights of our tour in France was the visit to Fontainebleau, the royal castle. We spent several hours walking through the hallways and looking into the lavish rooms fit for kings, queens, and even an emperor.

We were lucky to be in France in early July because the World Cup was happening during our tour. The World Cup soccer tournament occurs every four years. The French national team was doing very well, and we were eager to watch them. Three of us had played on a women’s soccer team so we had learned to appreciate the skill involved.

We went to a local sports bar and watched France beat Uruguay to advance to the semi-finals. It was very exciting to watch the game in France with avid French soccer fans. After the win, we could hear fans honking their horns to celebrate the victory. The French national team went on to win the 2018 World Cup.

When we reached the outskirts of Paris, we stayed on the barge and sailed into Paris.

As we sailed on the Seine River, we had a great view of the Eiffel Tower ahead of us. It was the perfect ending for our tour. 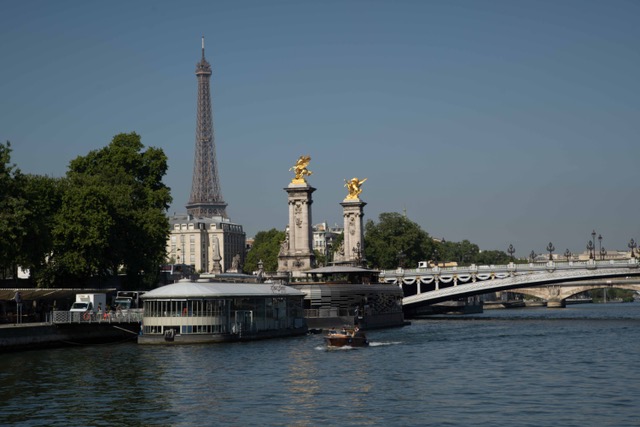