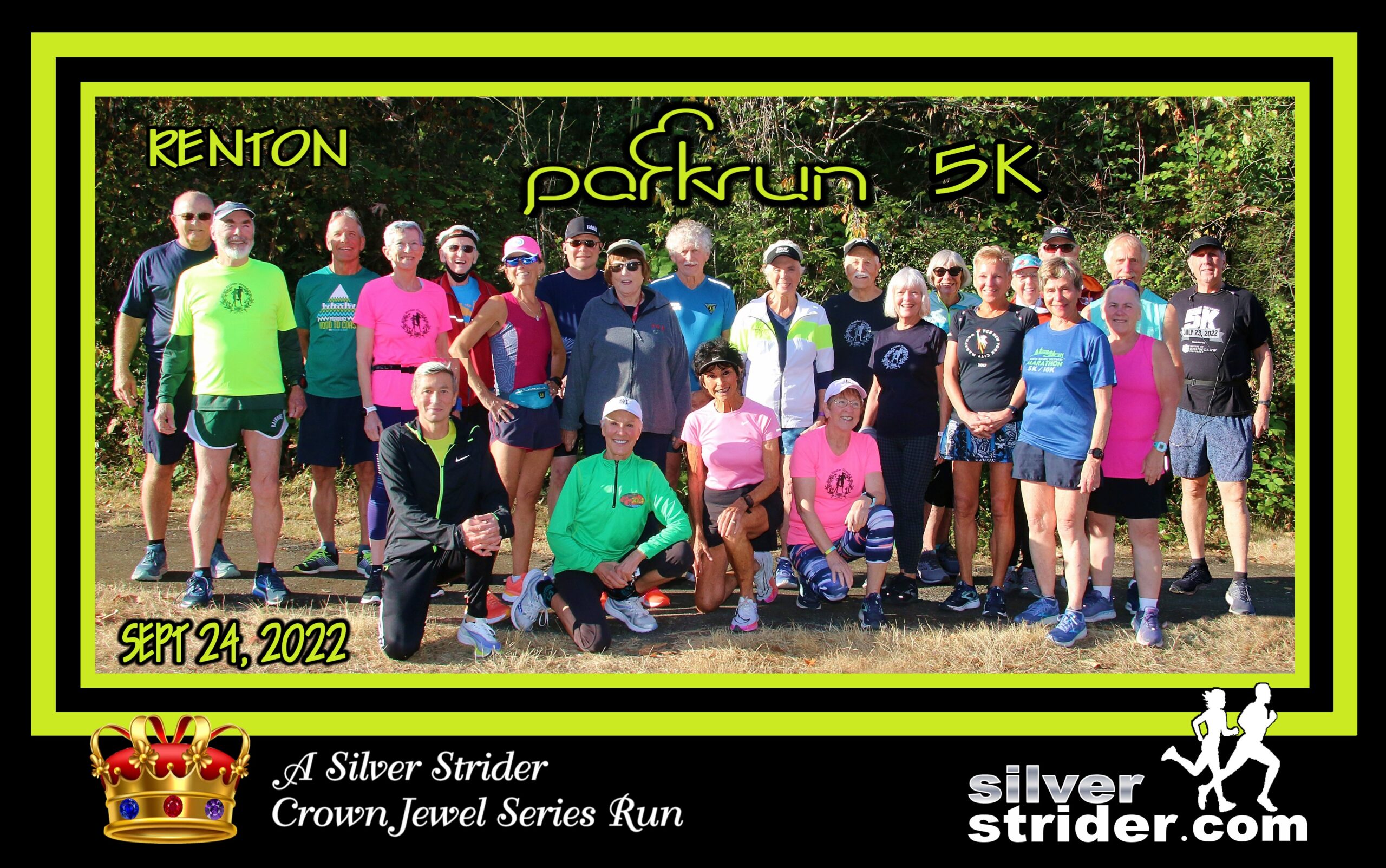 Nice weather brought out the largest Silver Strider turnout yet at the Renton ParkRun 5k.

Of the 61 finishers, 41 were Silver Striders. Additionally, 21 of the 41 finishers were entered in the Crown Jewel Series.

Larry Larsen and Kent Sizer completed their 5th series race to become series finishers. That brings our current finisher total to 12. We still have 6 races left in the series and you only need to finish 5 to qualify as a finisher.

Our current progress indicates that when the series ends in December, we should have close to 30 series finishers receiving crown jewel trophies.

Thank you to the 12 runners listed as Silver Striders in the results. We need better public relations to attract younger runners (50-59) to participate in our various series and programs. Thanks also to those who ran in Silver Strider shirts. They were, Diane Martin, Louise Mihay, Diane Johnson, Karen Lichtenstein, Edythe Hulet, Bob Davies, and Larry Larsen.

The first Silver Striders to finish were Preston Briggs and Chris Chang. 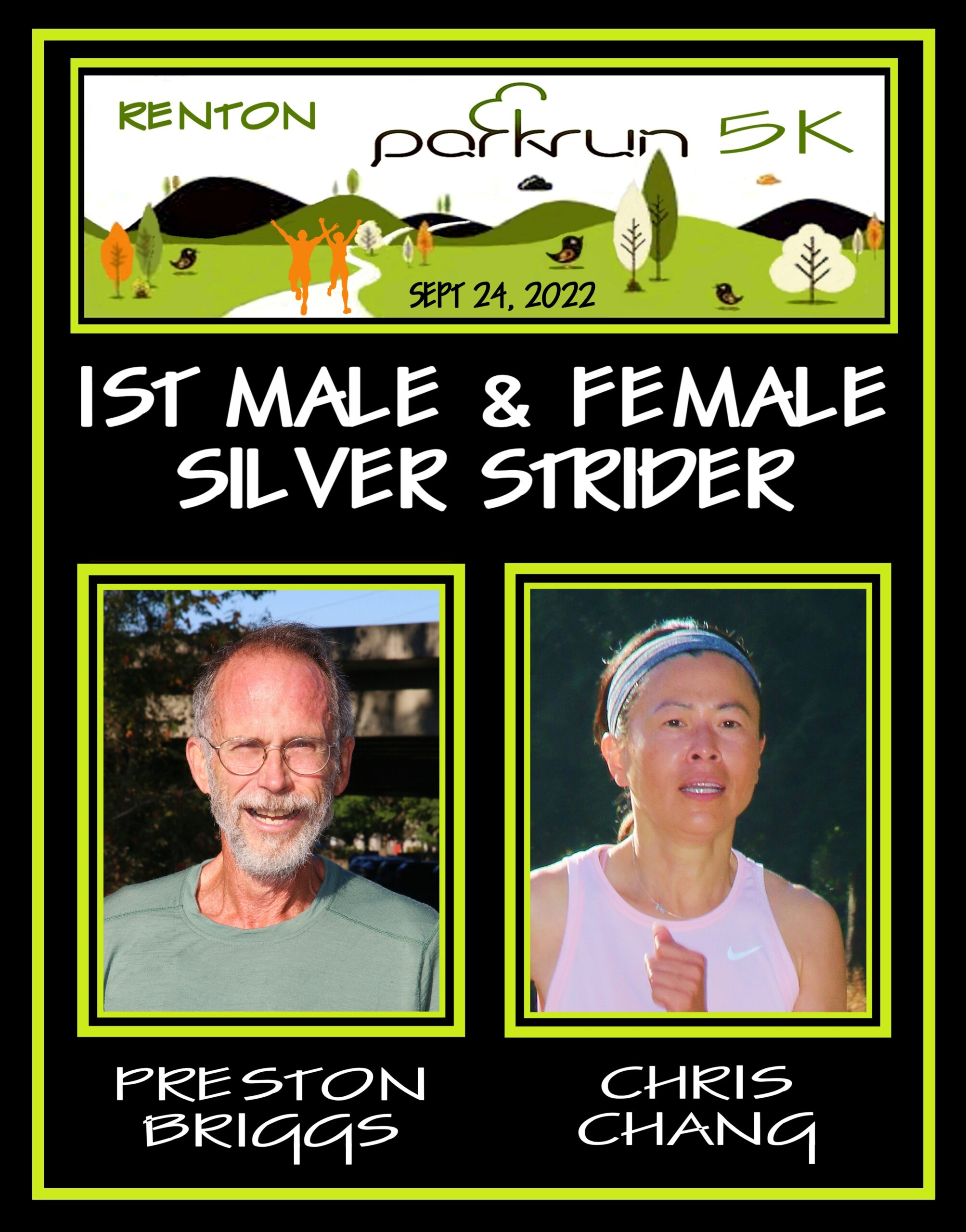 xxxxxxx Here are the results in photos by Bruce Fisher 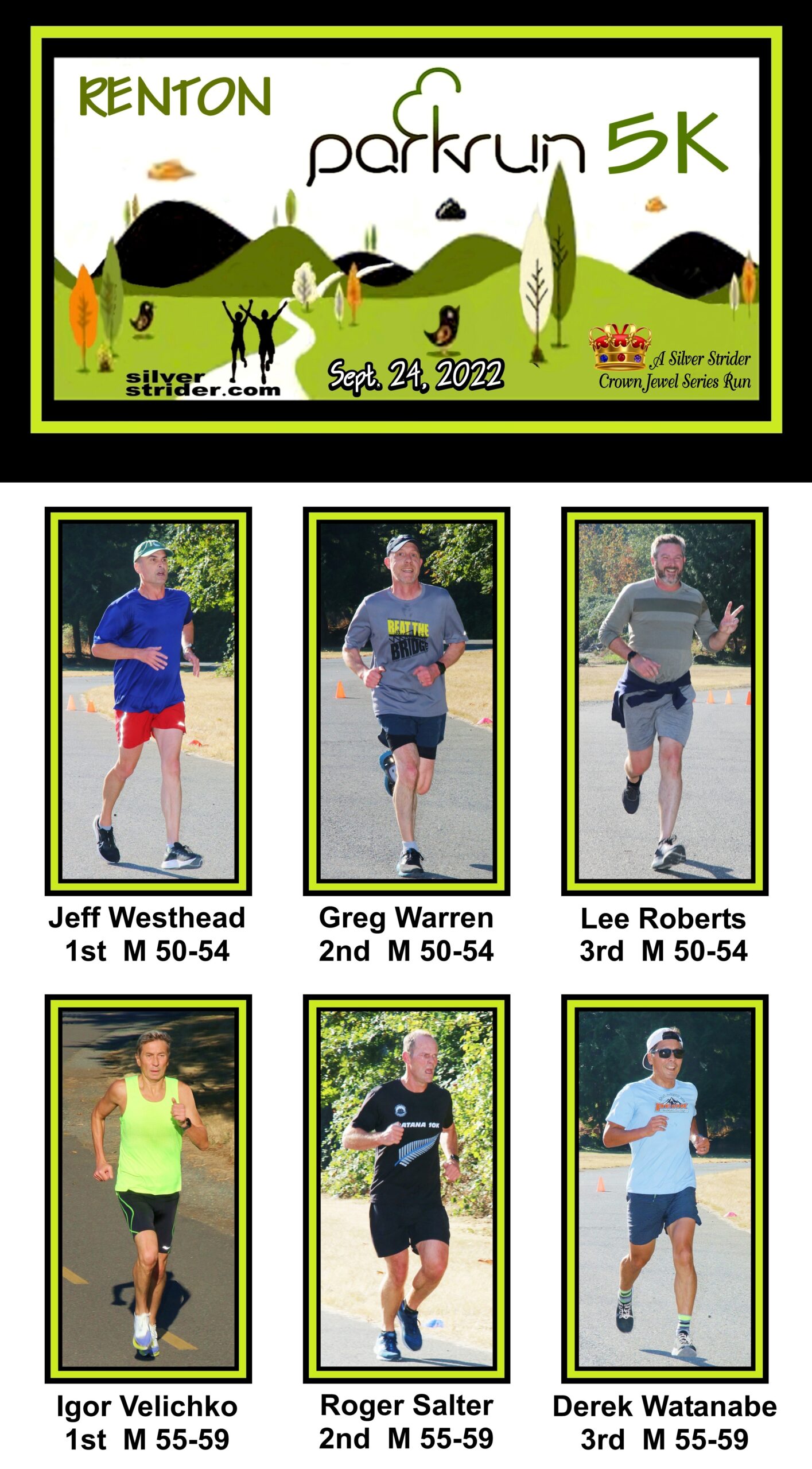 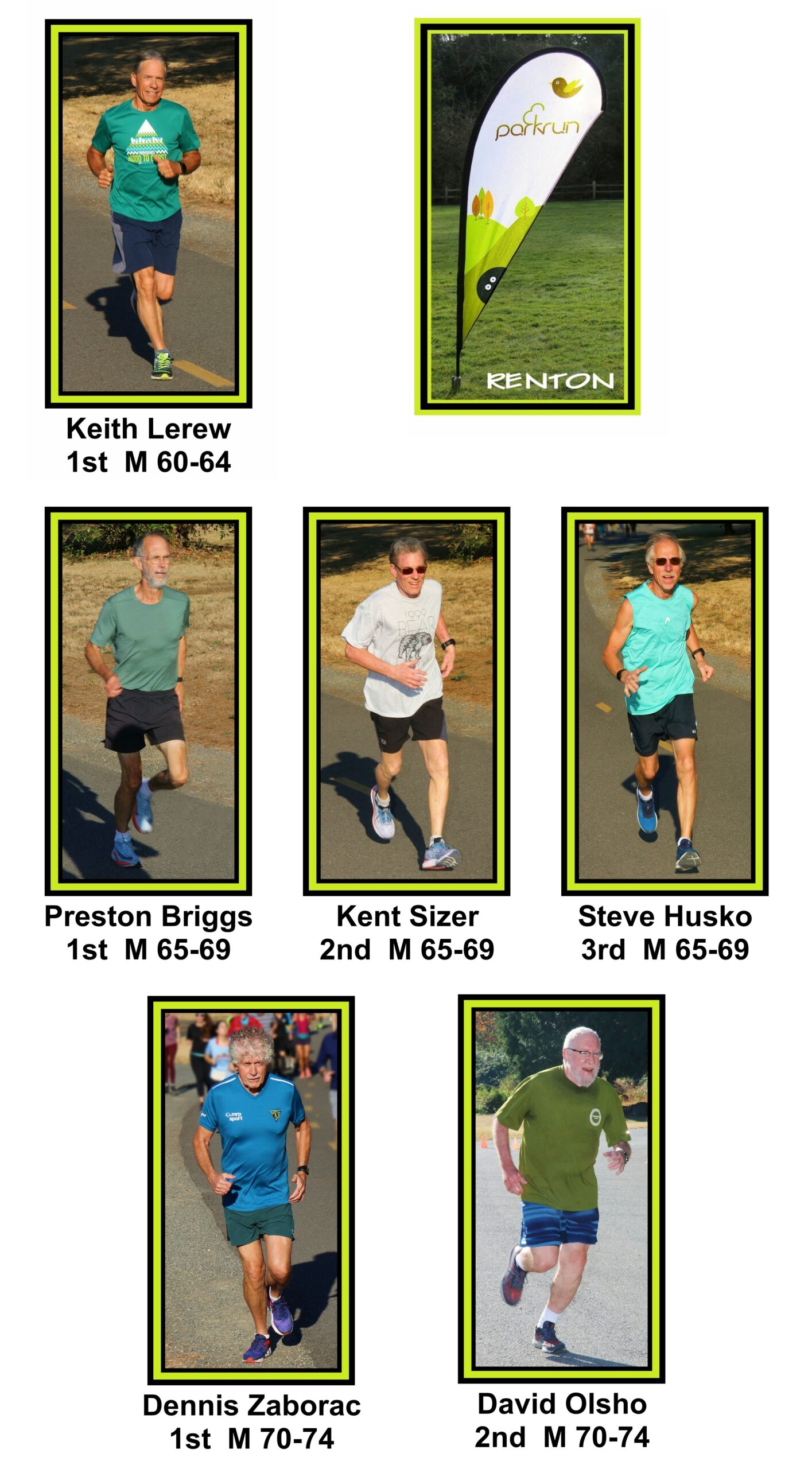 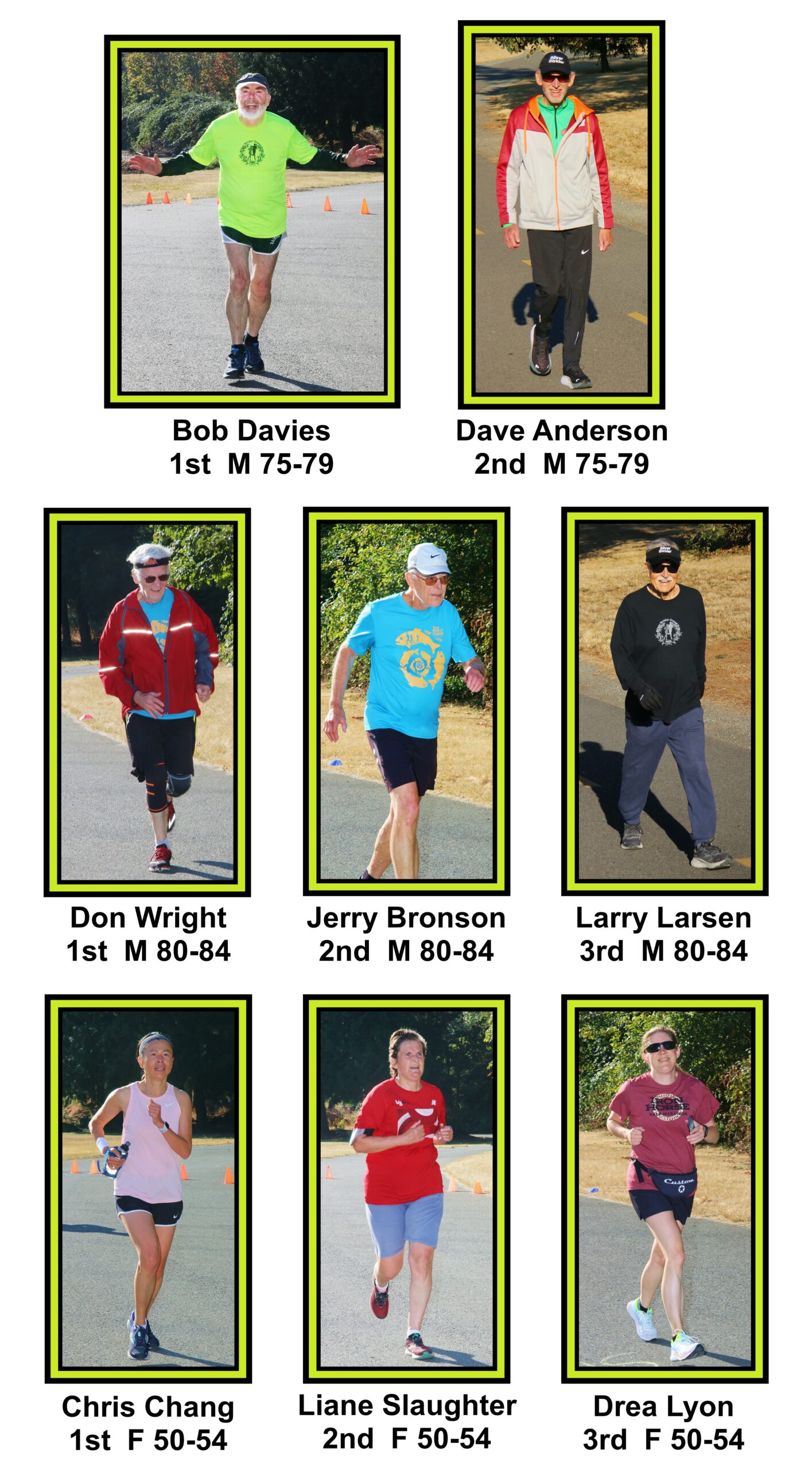 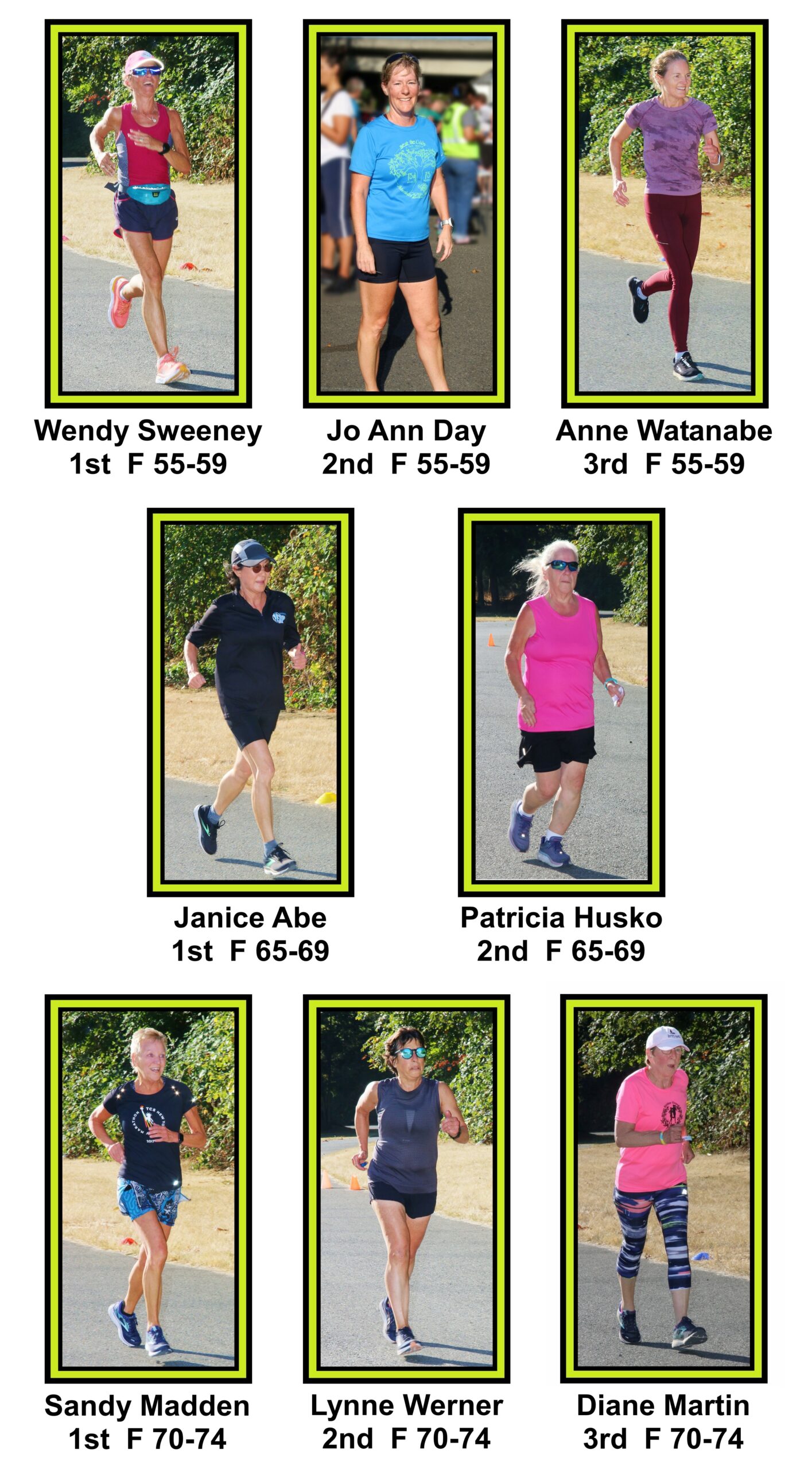 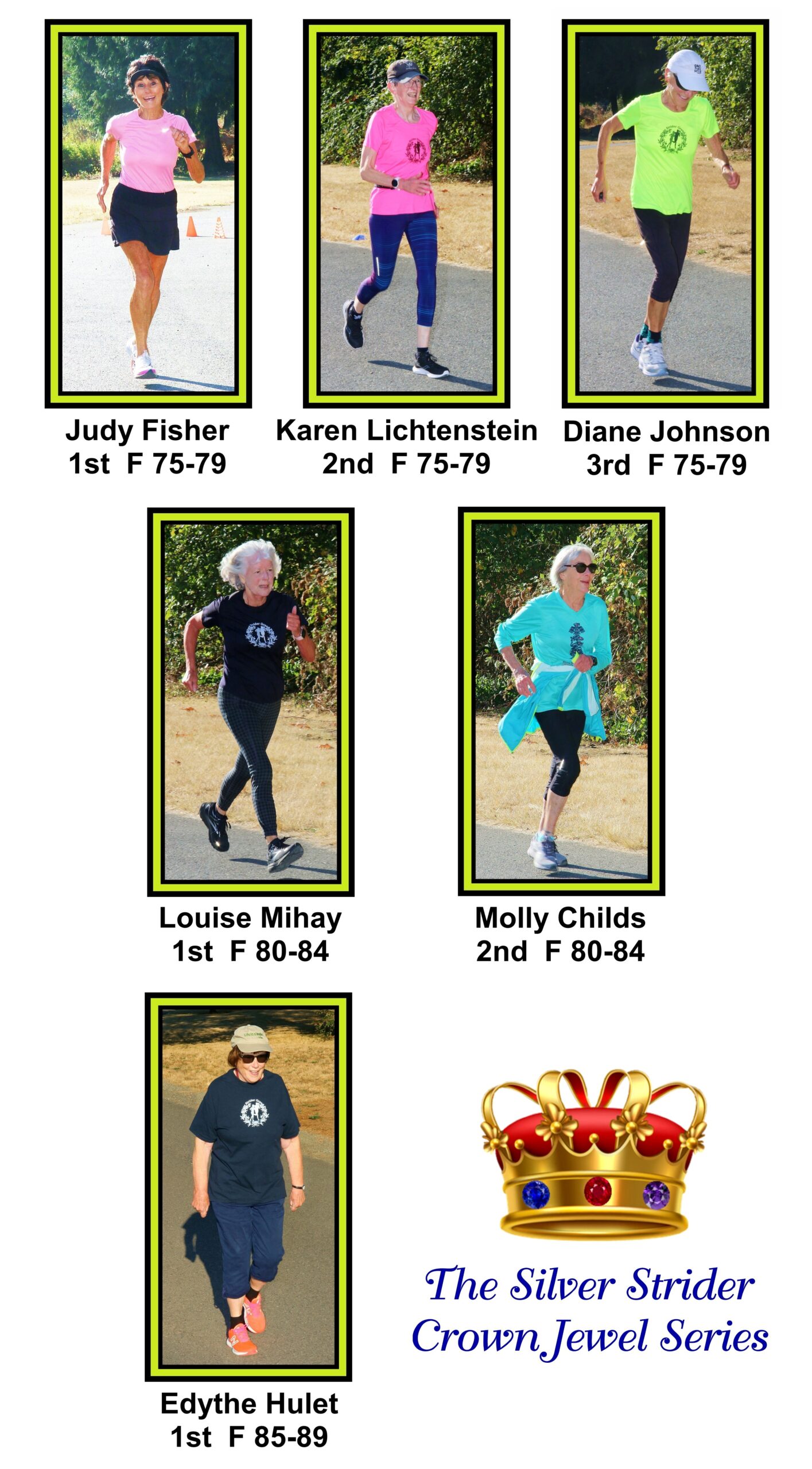 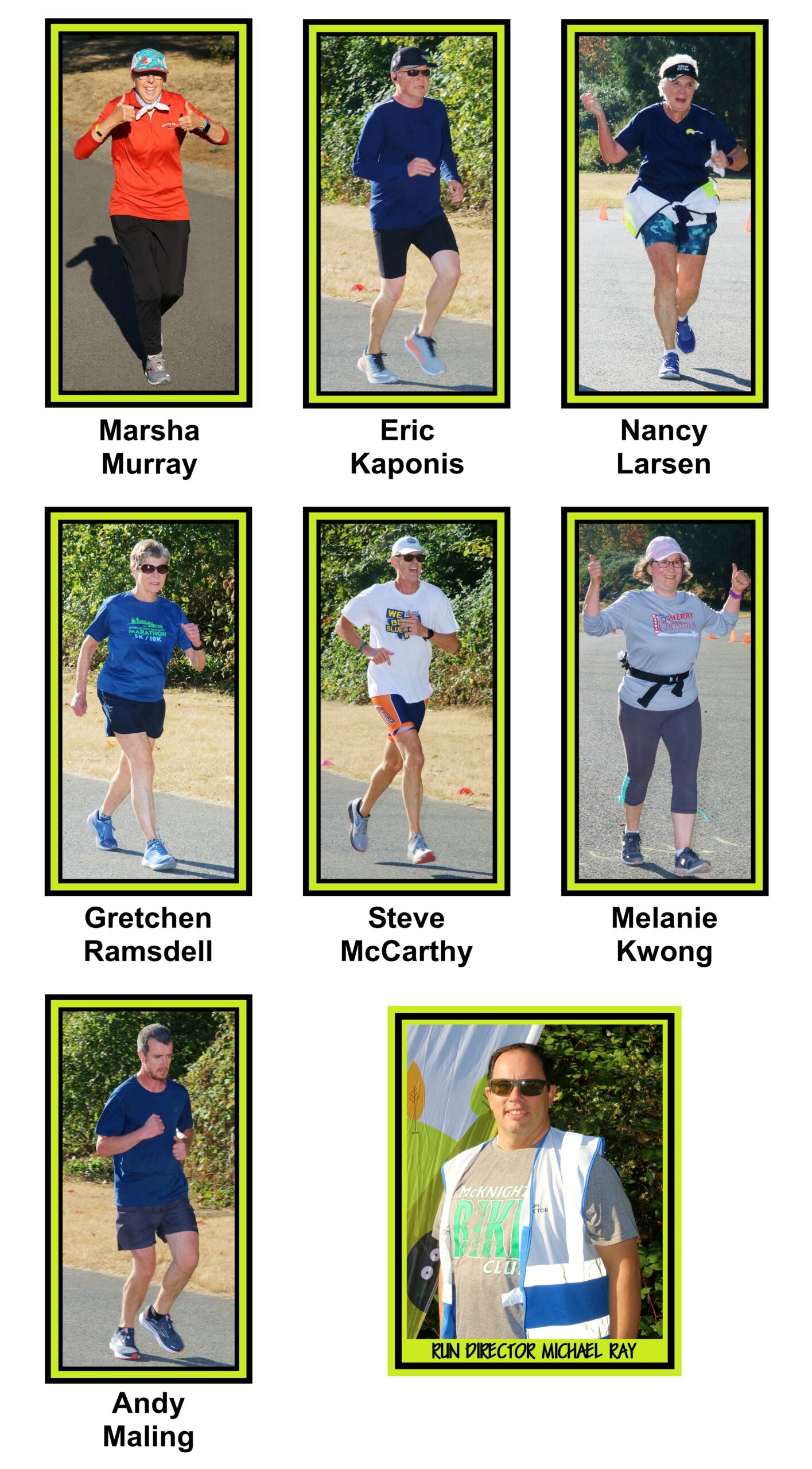 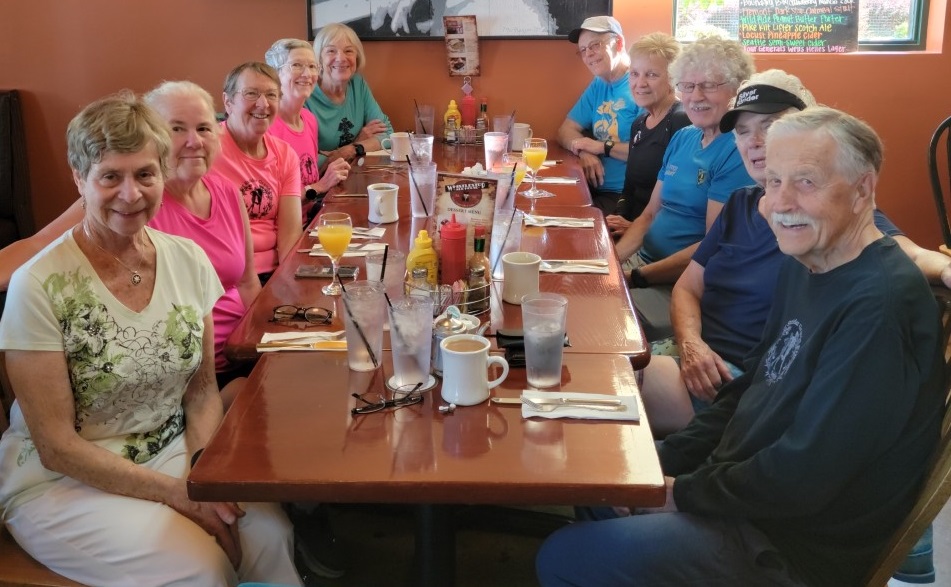