This is the 47th year of the Resolution Run series, and the event is one of the South Sound’s oldest races. In 2015, the Fort Steilacoom Running Club needed new volunteers to continue the race. Fortunately, Darrin Hatcher volunteered to be the new race director for the Resolution Run Series, and the series has continued with the support of the Tacoma City Running Club.

The weather on Saturday morning was a challenge because it was cold and raining. Fortunately, the rain stopped before I started the race. I chose my favorite trail for the race and ran on the Chehalis Western Trail. 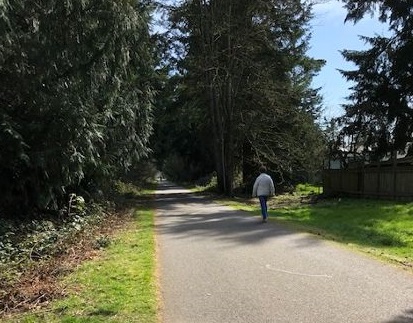 Other Silver Striders were running on trails, roads, and race courses all over Western Washington.

There were 55 runners who finished the race, and an impressive 64% of the walkers and runners were Silver Striders. In spite of the unique challenges during this pandemic, we are continuing to participate in virtual races and maintain our health and fitness.

A few days before the race, I walked along the trail to take pictures for this report. The first picture is a good view of Chambers Lake near the trail. 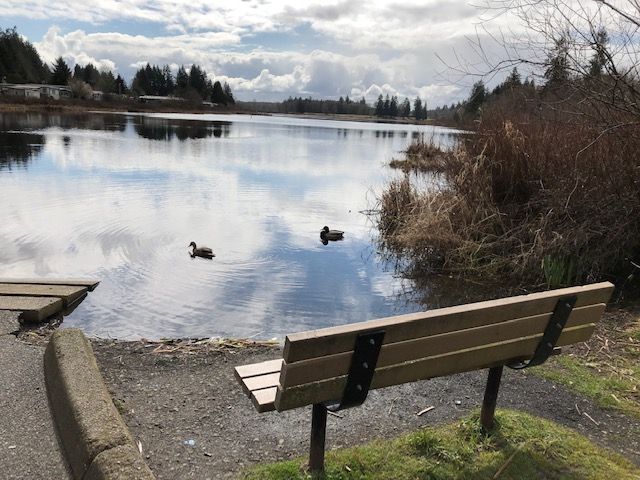 I started my race more slowly than usual because I needed to warm up. As I increased my pace, I concentrated on my breathing and checked my watch to make sure that I was running at my race pace.

I saw a rabbit hopping along the side of the trail. There are quite a few rabbits that live in the area. I reached the first street that crosses the trail, and there was no traffic so I could cross the street quickly.

The next section of the trail is lined with tall evergreen trees that provide shade on sunny days.

I reached the footbridge that crosses part of Chambers Lake, and I noticed a sign. I am usually looking at the planks on the footbridge when I am running so I was surprised. 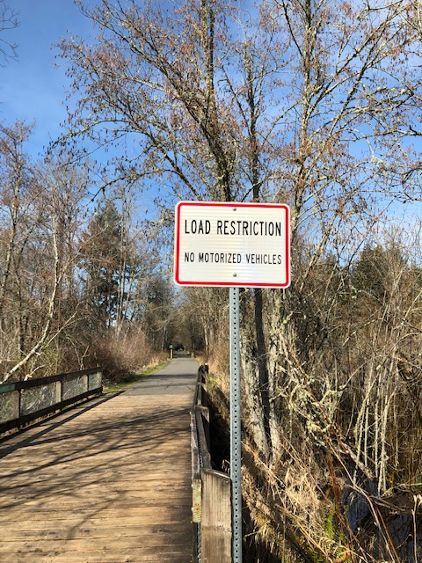 When I reached the second street that crosses the trail, there was a lot of traffic. Some very considerate drivers stopped to let me cross the street, and I only slowed down enough to make sure they would actually stop.

I was feeling tired in the last mile, and I slowed down so much that one of the rabbits decided to race me as I ran along the trail. This was a different version of the tortoise and hare race because the rabbit won.

Jerry’s notes:
We had 24 Distance Derby finishers at the 2021 FSRC Resolution 20 mile, 20k and 5k race. Congratulations to all. Sixty stars are required to be a finisher. Each race is worth ten stars. Click on “Derby Standings” for current totals. 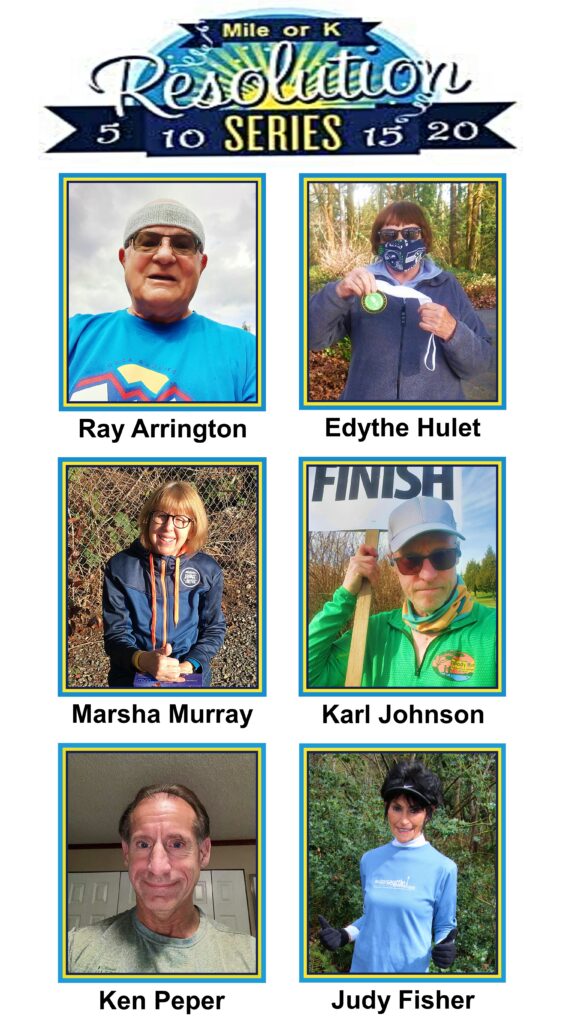